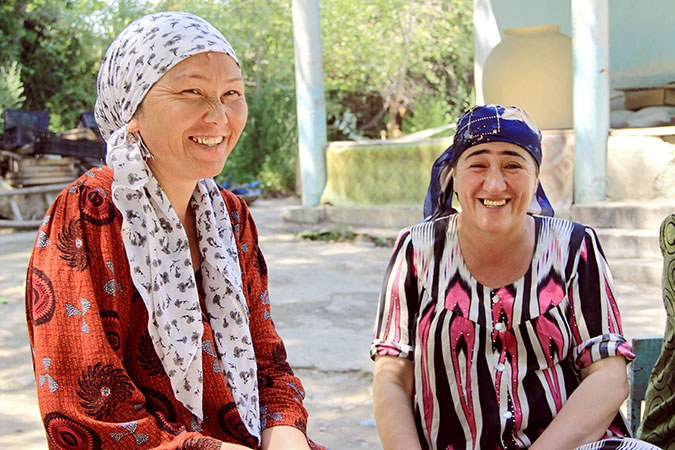 Bubuaisha Kurbanova and Nodira Avezova have lived next to each other for more than 15 years. Kurbanova, 49, is a school teacher from the village of Ak-Tatyr, now part of Kyrgyzstan, and Avezova, 51, is a doctor, living on the other side of the border, in the village of Chorku, which is in Tajikistan. The “border” is marked by a wooden fence, where Kurbanova and Avezova often meet to talk.

Including women at all levels of conflict resolution, peacebuilding and recovery makes for lasting peace,Data shows that when women are included in peace processes, there is a 35 per cent increase in the probability of an agreement lasting at least 15 years.

The UN Security Council resolutions 1325 (2000) and 2242 (2015) gives an international framework for action to ensure women’s leadership and participation in the women, peace and security agenda.

In the Soviet era, Kyrgyzstan and Tajikistan were not separate countries. Since gaining independence in 1991, following the collapse of the Soviet Union, the location of the border has continued to be unclear and disputed in some areas.

“We are very close friends,” says Avezova. “When I need something, be it advice or some salt, the first person I run to is Aisha (Bubuaisha). We share our joys and sorrows; we go to each other’s parties; we take care of each other’s children.”

In May 2014, when communities along the border of Kyrgyzstan and Tajikistan started clashing among each other over access to land and water, neither women had imagined that the conflict would reach their doorsteps; but it did.

“No one knows how it all started; who started the conflict,” says Avezova. “The only thing we knew was that a Kyrgyz family’s home was destroyed by the Tajiks, and a Tajik gas station was set on fire by the Kyrgyzs…but who started first, and why, is still a mystery.”

In the recent years, there have been multiple clashes over scarce natural resources and Soviet-era infrastructure along the Kyrgyz-Tajik border, which has undelineated areas and disputed sections.

As conflict brewed in their villages, Kurbanova and Avezova stopped talking to each other at first, but soon realized that they needed a different approach. 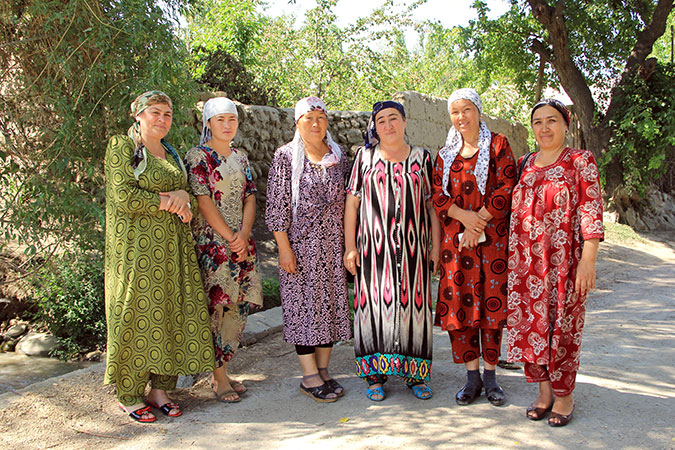 “We knew that this is the land we would be living in; this is our home and we were not going anywhere. To live and prosper on this land, we need peace…we need each other,” says Kurbanova. The women mediated among their respective village members and started inter-community meetings to resolve the dispute.

In December 2015, when UN Women, in partnership with World Food Programme (WFP), the Food and Agriculture Organization (FAO), the UN Children's Fund (UNICEF) and United Nations Development Programme (UNDP), launched the “Cross-border cooperation project for sustainable peace and development” funded by UN Peace Building Support Office (PBSO)/Peace Building Fund and the Swiss Development Cooperation, Kurbanova and Avezova joined the project as community mobilizers. The project helped them strengthen their skills in conflict prevention, negotiation and peacebuilding. They learned to identify human insecurities in their respective communities and developed sustainable solutions to mitigate conflicts over dwindling natural resources. For example, 24 women were trained to make solar water heaters, since cutting of trees for fuel had been a persistent source of tension among cross-border communities.

“The initiative is strengthening the co-operation between government, law enforcement bodies, youth and women, as well as improving infrastructure in the border villages. One of the most important component is mobilizing women to participate in local decision-making. When women are included in the peacebuilding negotiations and initiatives, the whole community benefits and the cross-border challenges are addressed in a fair way,” observes Amir Madaminov, Women, Peace and Security Programme Coordinator with UN Women Multi-Country Office in Kazakhstan. 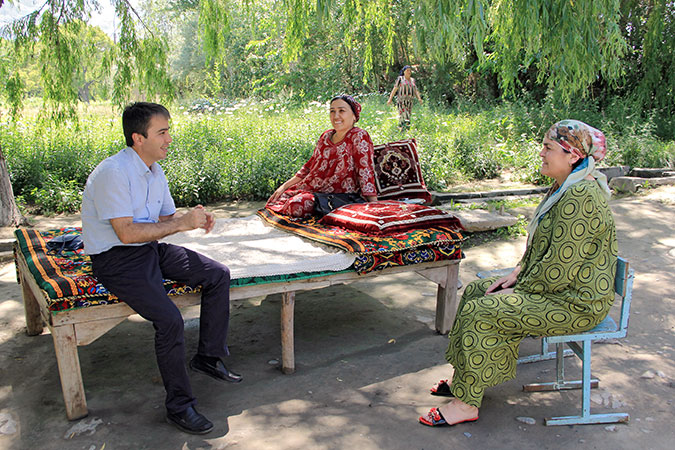 For Avezova, going forward, working with adolescents and youth is critical: “My mom says, first sweep the neighbour's yard, so that the wind does not transport leaves (from their yard) to your yard.  We need to educate children to respect the neighbours and find solutions to live in harmony.” The project has initiated celebratory events to mark both Tajik and Kyrgyz holidays, joint agricultural fairs, sport tournaments and photo exhibits to engage youth.

In 2016, 28 women were successfully trained to participate in and collaborate on various cross-border issues, including disputes over shared natural resources. Together, they developed 13 recommendations and 10 joint cross-border cooperation plans that were presented to local authorities and UN agencies working in the region.

Related News
26/08/2014
Coming of age, youth become gender equality champions in Kyrgyzstan
11/04/2022
Speech: Women’s involvement is both a right and an opportunity for better outcomes
27/05/2021
UN Women Executive Director visits Mozambique, calls for women’s leadership in peacebuilding and ongoing humanitarian efforts, and bold commitments for the Generation Equality Forum
30/01/2020
From where I stand: “Expanding economic opportunities of women is key to ensure safety and prosperity”
21/07/2019
Inclusive peace in Afghanistan means ‘women at the centre’, urges UN deputy chief in Kabul
END_OF_DOCUMENT_TOKEN_TO_BE_REPLACED