“When girls are educated, everything is possible.”

Chief Kachindamoto is known for her fierce leadership in annulling over 1,500 child marriages and sending girls back to school in Dedza district, in the central region of Malawi. Malawi has one of the world’s highest rates of child marriage, with half its girls married before the age of 18 [1] and teen pregnancies contributing to 20-30 per cent of maternal deaths in the country [2]. The practice of child marriage robs girls of their childhood and education opportunities, condemning them to a vicious cycle of poverty. In Malawi, only 45 per cent of girls remain in school past the eighth grade [3]. 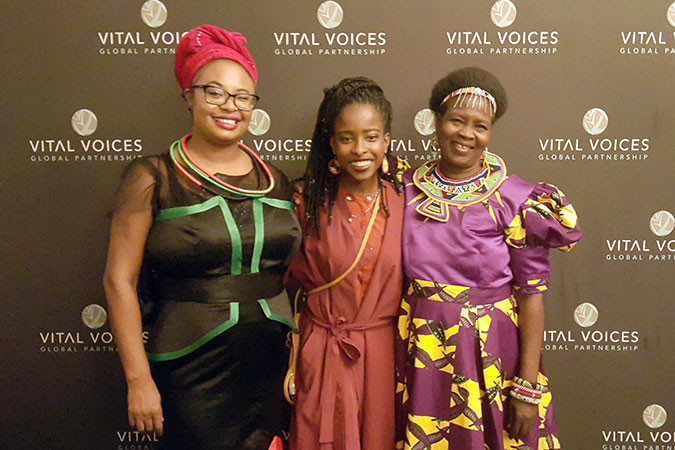 When asked about what inspires her to keep working on this issue, Chief Kachindamoto said, “When girls are educated, everything is possible.”

Recently, in February 2017, the country took a major step to end child marriage by adopting a constitutional amendment that raises the minimum age of marriage from 15 to 18 years, for both girls and boys. The amendment aligns the Constitution with the 2015 Marriage, Divorce and Family Relations Act enacted by the Parliament. UN Women played a pivotal role in lobbying for an end to the discriminatory practice, working with the government, as well as civil society representatives and traditional leaders, like Kachindamoto.

“Now that the law has passed, we are relying on the Government and key stakeholders, like UN Women, to ensure its implementation,” said Chief Kachindamoto. “Another important step for us is to sensitize the community, girls and boys on this new amendment, so that they know that it is now illegal to marry off children before the age of 18,” she added.

Kachindamoto is excited about continuing her advocacy to sensitize the community about the new law. However, she knows it will take time: “Changing attitudes and behaviours takes time, particularly, with male chiefs and parents who benefit from arranged, child and forced marriages. As we speak, parents are withdrawing their girls from schools.”

Accompanying Kachindamoto at the Vital Voices award ceremony was Habiba Osman, UN Women Programme Specialist, who was among the honourees for her role in promoting positive social norms through the ending violence against women programme in Malawi. “UN Women Malawi has created an enabling environment for working with both formal and informal structures to disrupt the prevalence of early, child and forced marriages in the country,” said Osman.

Last year, on the eve of International Day of the Girl Child, UN Women Goodwill Ambassador Emma Watson visited Malawi to shine a global spotlight on the need to end child marriage. Meeting Chief Kachindamoto, she said, “because of bold and brave leadership like this, things may start to change.” Read more about her visit» 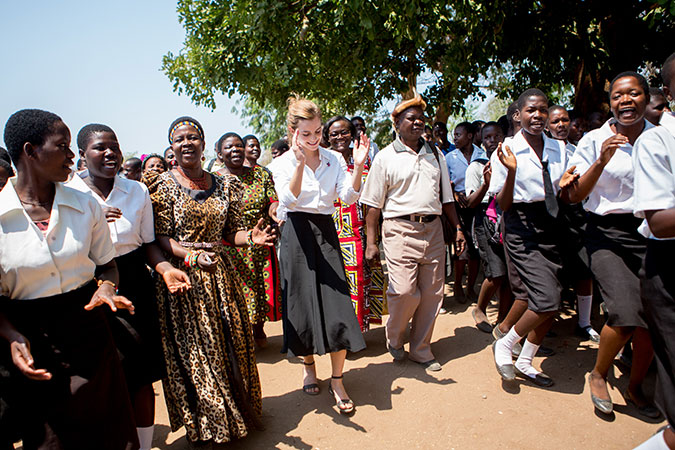 Emma Watson and Senior Chief Kachindamoto were welcomed by the girls at Mtakataka Secondary School in the District of Dedza. Photo: UN Women/Karin Schermbrucker

In Malawi, from village chiefs to lawmakers in the capital, attitudes are shifting; but turning the tide on child marriage needs sustained advocacy within communities, in schools and in homes.

In 2013, Malawi became the 61st country to make a pledge under UN Women's advocacy initiative "COMMIT", which called on leaders worldwide to make concrete national commitments to end violence against women and girls. In 2015, Malawi reiterated its commitment to gender equality at the historic “Global Leaders’ Meeting on Gender Equality and Women’s Empowerment” by vowing to end child marriage and make gender equality integral to national growth and development.