Getting Fatouma back to school

UN Women supports girls and young women in Mali to pass high school exams – and to pursue their dreams. 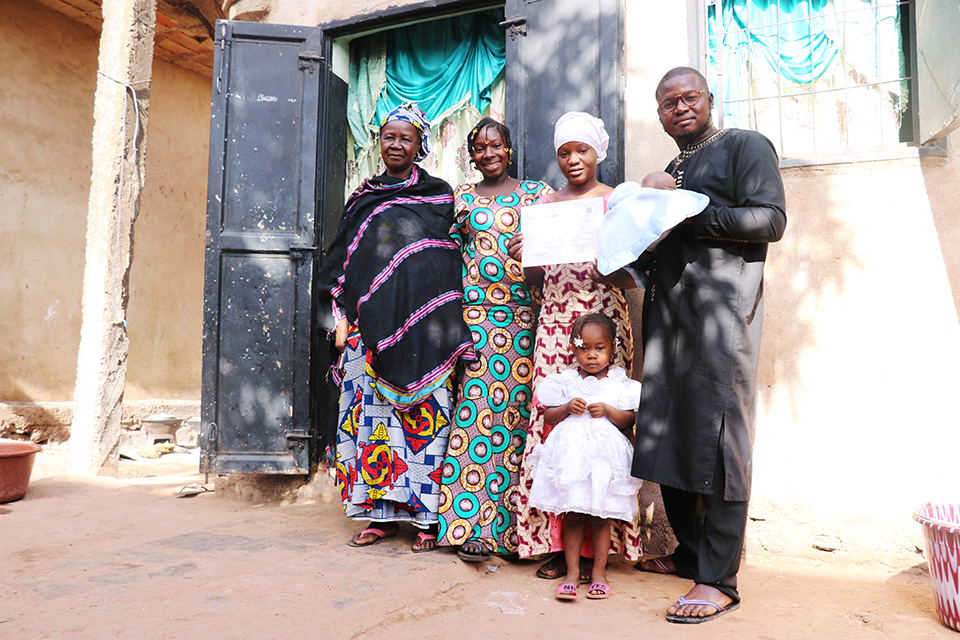 Fatouma together with her brother, his wife and their children and her mother. Her family realized who important it is for Fatouma’s future to obtain a school qualification. Photo: UN Women/Sandra Kreutzer

When Fatouma Kanta came to UN Women in Mali’s capital Bamako, she was desperate. “I didn’t know where else to go. I thought UN Women was the only place where I could find help,” the 19-year-old explained. 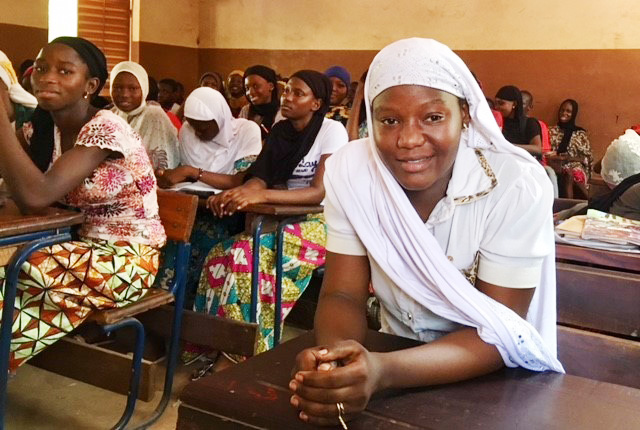 Since 2016, Fatouma lives with her brother in Bamako. He took her in after she fled her home in Macina, a small village in the centre of Mali, where her family had planned to marry her against her will. She was 16 at the time. “Having a family is important to me—just as important as finishing school. First, I want to get a good job to earn my own living.”

But the school fees were high, and after Fatouma failed the national high school exam for the second time, her brother didn’t want to pay for her school any longer. He found her a job as a cleaning lady, which paid her 10,000 CFCA (approximately USD 17) per month.

“This would have been a nightmare for me,” Fatouma continued. “Leaving school without diploma meant that I could only find a job as an unskilled worker for the rest of my life.”

Earlier this year, when Fatouma heard about an education programme for girls and young women implemented by UN Women on the local radio, she took the chance and visited UN Women office in Bamako the very next day and asked for help.

“After Fatouma shared her story with us, we met her brother and tried to convince him to continue supporting her,” said Abdramane Coulibaly, Project Coordinator at UN Women in Mali. “But very soon it became clear to us that other girls and young women could suffer the same fate if they could not pass their exams. That led to the idea of sponsoring tutoring classes for girls.” 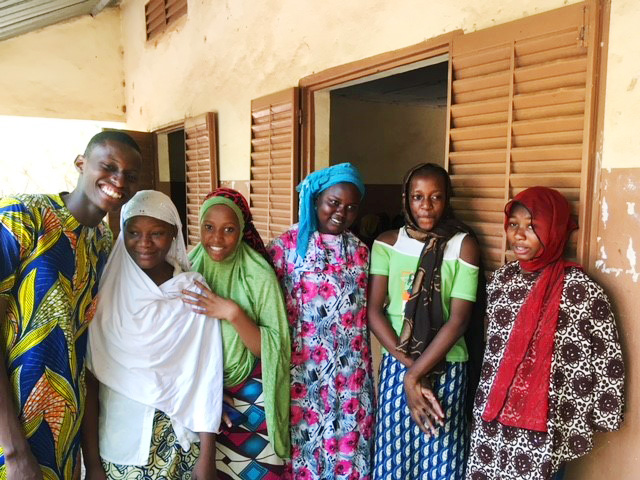 Fatouma, second from left, and some of her mates in front of the school. Photo: UN Women/Sandra Kreutzer

The level of education in Mali is one of the lowest across Africa. Although primary school enrollment is increasing, less than 37 per cent girls complete nine years of compulsory education, according to UNICEF data, and dropout rates for girls at the secondary school level is very high.

Often, parents do not have the financial means to keep their children in school. Girls are the first ones to be taken out of school and they are expected to supplement their families’ income by selling food or small items, take care of their younger siblings and help with housework or farming. Also, early marriage and early motherhood push many girls out of school before they can finish.

As part of the education programme for girls and young women in Mali, supported by the Republic of South Korea, UN Women arranged a one-month intensive tutoring course for girls and boys in 7 communities across Bamako. In May 2018, 1,007 girls and boys from poor families in Bamako attended the tutorials to prepare for the national high school exam.Fatouma Kanta was one of them. UN Women also provided books and pencils for the students attending the classes.

The efforts paid off—864 students passed the exams, 650 among them girls, including Fatouma. 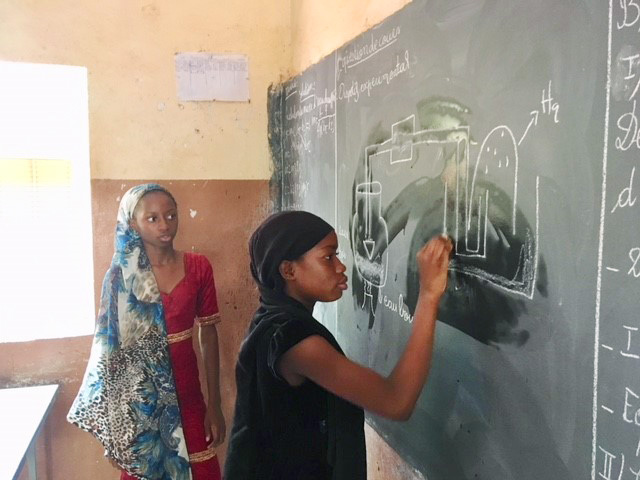 “These pilot tutoring classes showed how simply and quickly we can make a real difference in the lives of girls and boys in Mali,” added Abdramane Coulibaly.“We are already planning to repeat the tutorials next year for more students including displaced girls and boys from the North, who cannot attend school for a long time.”

For Fatouma, the free and quality tutorial sessions was a life-saver. “Without this support, I might not have passed my third attempt,” she said, proudly holding her diploma in her hands. “Now I can continue my studies. My dream is to become a midwife and to help other women.”

Fatouma’s success has also convinced her brother Issa Kanta of her potential. “In the beginning, I thought it was a waste of time to repeat the exams, but now my sister has so many options, and I am sure she will find the job she wants.”

Next year, Fatouma plans to attend a college in Bamako, another step forward to reach her dream.

Since 2016, The Republic of South Korea through its international cooperation agency KOICA supports the quality of education, health and living conditions of girls and young women in Mali through a joint programme implemented by UN Women and its partners UNESCO and UNFPA.

Related News
10/03/2017
“When girls are educated, everything is possible.”
17/09/2015
Malawi Chief annuls 330 child marriages
07/03/2013
Child Marriages: 39,000 Every Day – More than 140 million girls will marry between 2011 and 2020
20/05/2021
I am Generation Equality: Martha Clara Nakato, advocate for bodily autonomy and sexual and reproductive health rights in Uganda
17/06/2019
UN Women Executive Director calls for action to end female genital mutilation and child marriage in an event in Senegal
END_OF_DOCUMENT_TOKEN_TO_BE_REPLACED