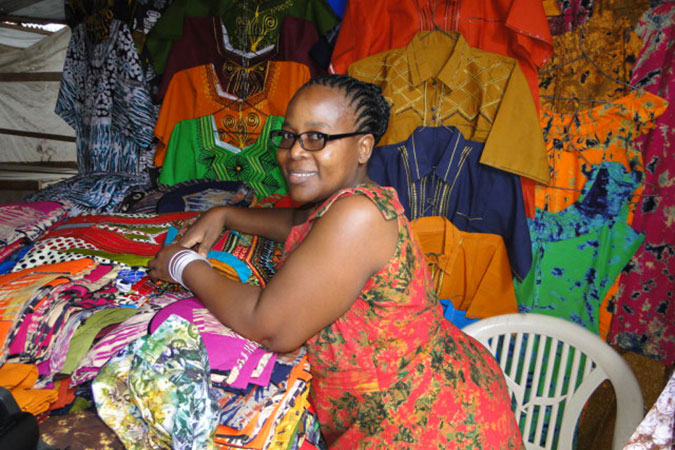 Evah Kakobe at work as a market vendor at Mchikichini market in the city of Dar es Salaam, Tanzania. Photo: Equality for Growth

“I will never go back to the time when I feared attending my own business,” says Evah Kakobe, a long-time vendor at Mchikichini market in the city of Dar es Salaam, Tanzania.

For women working in the Mchikichini market, violence and discrimination was a daily reality, until recently. Betty Mtewele, a vendor there since 2005, describes the ordeal: “Women were verbally abused, sexually assaulted, their rights were not recognized by male traders, and in most cases, male traders would not settle their bills. Women did not know whom to approach, to address these violations and they lost hope.”

A 2009 survey by the Tanzanian organization Equality for Growth found that nearly 40 per cent of women traders in Dar es Salaam markets surveyed had faced some form of harassment, 32 per cent had been verbally abused and 24 per cent had experienced other forms of violence from male traders and customers.[1]

Women working in the informal sector—often the only opportunity for employment for many women in Tanzania—are disproportionately affected by violence. The often-unregulated nature of such working environments is additionally aggravated by the absence of mechanisms to report violence and protect women from harassment.  The Tanzanian organization, Equality for Growth, supported by UN Trust Fund to End Violence against Women (UN Trust Fund) is implementing the project, “Give Payment, Not Abuse: Protecting Informal Women Traders in Dar es Salaam from Violence against Women”, based in six markets in Dar es Salaam to ensure that women market traders are protected by law and can work without the fear of violence.

Since 2015, the project has impacted the lives of women traders by making the markets safer and enabling them to exercise freely their economic rights in a safe environment where they are free from violence. Forty women vendors have been trained to become legal community supporters—their role is to raise awareness about violence against women, women’s rights, and to provide information on referral services for survivors. 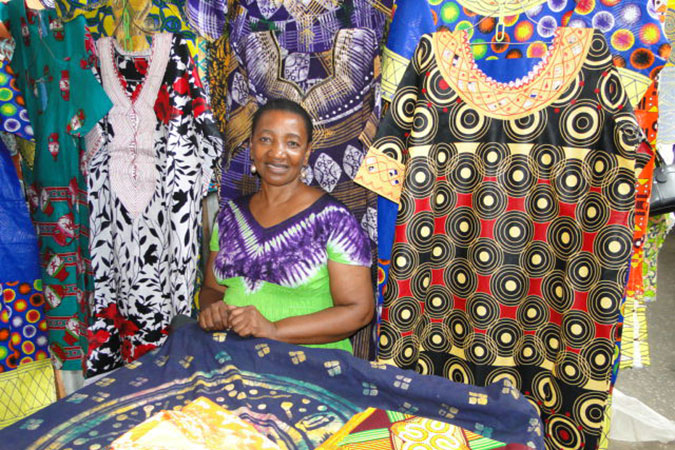 Betty Mtewele, a market vendor who was trained to become a Legal Community Supporter said: “Now women know where to access their rights within and outside the market.  I am better off economically, I am more confident and well informed in market leadership and women’s rights.”

In 2016 alone, the paralegals and legal community supporters trained by the project has assisted 454 women to report cases of violence. Evah Kakobe, another vendor at Mchikichini market, described the enormous impact this has had: “Through legal community supporters I received education on human rights and learned that I could actually fight gender-based violence. With their help, I reported one of the perpetrators to the market leadership.”

All six markets have adopted and implemented new guidelines to end violence against women, which were developed in collaboration with the police, the market officials and vendors.

“With the development and the use of guidelines in the market, many perpetrators are fined, explained Betty Mtewele. “In [the] food vendors’ sector, women vendors are getting paid timely and without being sexually harassed, as vendors know their rights,” she added.

In addition, in a recent surveyed by Equality for Growth, nearly two in three women now know where to report violence, and four in five say that violence has decreased in the markets.

“This project not only supports women’s rights to live a life free of violence but also women’s economic empowerment. A safer market means more women can do business safely,” said Jane Magigita, Executive Director of Equality for Growth. 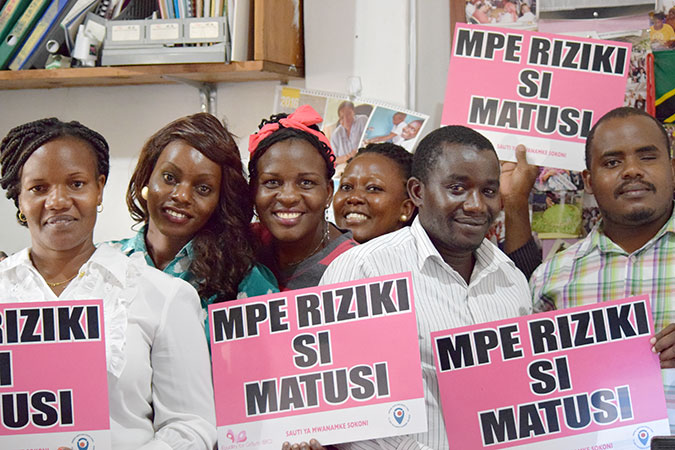 Gemma Wood, Monitoring and Evaluation Specialist for the UN Trust Fund, recently visited the project and reiterated that, “a real difference has been made both to preventing violence, but also boosting economic and political opportunities for women in the market environment.”

To date, more than 1,600 market traders and visitors to the markets have participated in various initiatives to combat gender-based violence. The promising results indicate the opportunity to scale up and adapt this model in other markets in Tanzania.

Related News
24/12/2018
From where I stand: “We must believe in ourselves that we can be leaders”
24/08/2018
From where I stand: “Because I know my rights, I can speak up for myself and for other women”
31/01/2020
UN Women and Unilever team up in Tanzanian tea plantations to create safer communities for women
20/06/2017
In Tanzania, refugee women find safety and embrace new lives
01/06/2015
Coverage: Executive Director visits South Africa
END_OF_DOCUMENT_TOKEN_TO_BE_REPLACED