UN Women Executive Director Phumzile Mlambo-Ngcuka will visit Rwanda to participate in the Transform Africa Summit (10 – 12 May), which has become a landmark forum on Information and Communication Technologies (ICT) in the continent, gathering around 4,000 participants annually.

The visit coincides with the mourning period for the victims of the Rwanda genocide, and the Executive Director will take the opportunity to convey her condolences for the victims and their families. The Rwandan genocide of 1994, which ravaged the country, claimed more than 800,000 lives and displaced some 2 million people.

At the Summit, Ms. Mlambo-Ngcuka will be part of the opening panel on 10 May, focusing on Smart and Sustainable Cities. At the session, in line with UN Women’s Safe Cities and Safe Public Spaces Global Flagship Programme Initiative, which is currently being implemented in more than 20 cities, including in Rwanda’s capital city Kigali, the Executive Director will highlight the great potential of leveraging technology solutions to make cities safer for women and girls. Other high-level participants at the opening session include the President of Rwanda, Paul Kagame and Smart Africa Executive Director, Hamadoun Toure.

Ms. Mlambo-Ngcuka will also provide the keynote speech at the Smart Africa Women’s Summit, on 12 May, highlighting the need to bridge the gender digital divide as a critical means to empower African women and girls. ICTs can facilitate education for women and girls , increase their literacy, and improve their job skills and access to health care, while enhancing their opportunities to exercise their rights and participate in the government. Yet, data shows that women, especially those living in the poorest countries, are also less likely than men to have access to the internet, and the gap is increasing. ITU estimates that the overall gap between men and women with regards to access to Internet has increased from 11 per cent in 2013 to 13 per cent in 2016. While in Rwanda, the Executive Director will hold bilateral meetings with President Paul Kagame, a HeForShe IMPACT Champion, as well as with Mukabalisa Donatille, Speaker of the Chamber of Deputies. Rwanda, a long-standing partner of UN Women, is a global leader on women’s representation in politics, with 64 per cent women in the lower chamber of parliament and 38 per cent women in the Senate. UN Women has been supporting the country’s efforts in ensuring women’s empowerment and inclusion is a hallmark of national recovery and reconstruction, supporting programmes on women’s leadership, economic empowerment, and ending violence against women, as priority areas. In prior years, UN Women’s efforts have also focused on facilitating Rwandan women’s inclusion in disarmament, demobilization and reintegration and peacebuilding efforts.

The Executive Director will also visit the “Buy From Women” project, launched in June 2016 with support from the Government of China, which is unlocking the business potential of smallholders farmers in rural areas of the country, by providing them with a digital platform that serves as a one-stop information hub—from land mapping to harvest forecast  and climate-smart text messages.

UN Women’s efforts to bridge the gender digital divide in Rwanda dates back to its predecessor organization UNIFEM, which partnered with the Government in early 2005 to integrate gender into the country’s new ICT policy and to set up a women’s telecentre to expand rural women’s ICT skills and access for boosting their businesses. 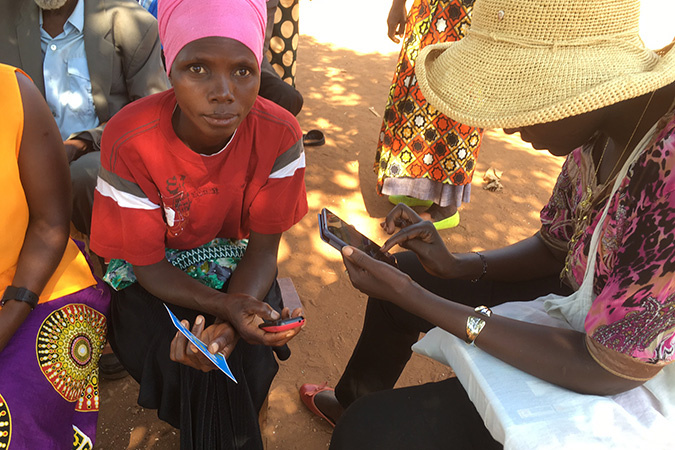 Empowering women farmers of Rwanda through mobile technology
Farmers in Rwanda now know the exact size of their land, can better forecast production and access markets through digital, mobile-enabled platform. The programme is bridging gender equality gaps in agriculture and ensuring women’s equal participation in the value chain. 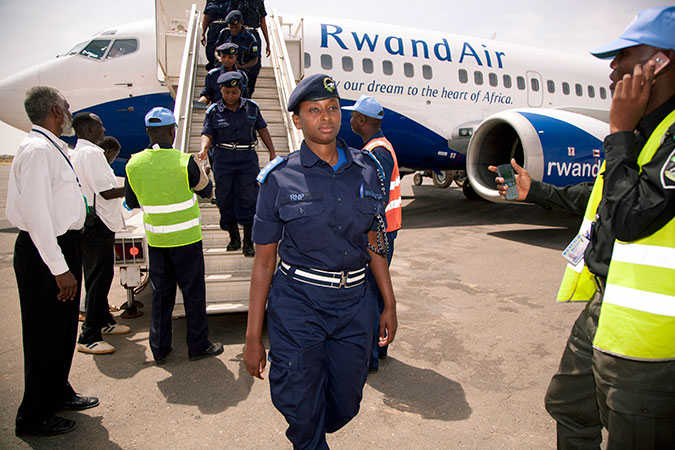 Women police climb the ranks across Africa
At 8 years of age, Sadatu Reeves came across photographs of women police officers in a magazine her father brought home from abroad. The empowered images sparked a deep-seated desire to don her own uniform. 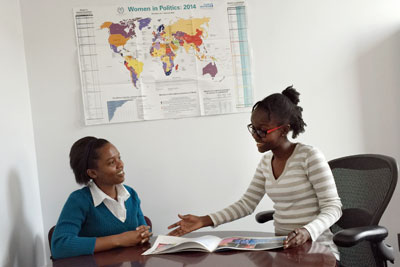 From complex coding in Kigali to graduation gowns in Pittsburgh
Thanks to a UN Women-sponsored scholarship programme, two young African women fulfil their dreams of completing a Master’s in information security at Carnegie Mellon University 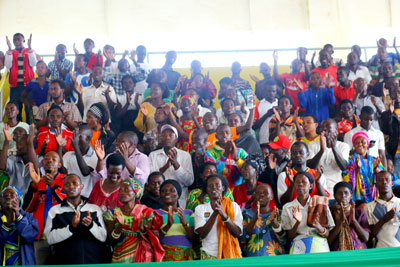 Kigali sings for a Safe City for women and girls
The two finalists of a song competition performed before a crowd of 3,000 dignitaries and agents of change on 25 November, as Benetton’s UNHATE Foundation announced new funding to support a transformative arts-for-change project in Kigali schools.