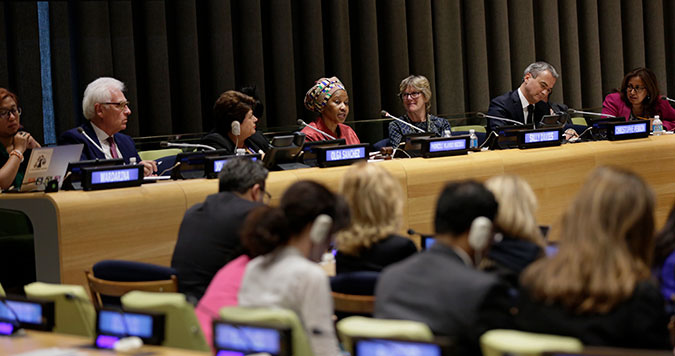 Investing in women’s economic empowerment sets a direct path towards gender equality, poverty eradication and inclusive economic growth. Yet, women around the world remain disproportionately affected by poverty, discrimination and exploitation. Only 50 per cent of women of working age are in the labour force, compared to 77 per cent of men. Women are more likely than men to work in the informal economy. Women also bear the disproportionate burden of unpaid care work, doing on average three times as much unpaid care and domestic work as men.

The side event brought together thought leaders and partners from various sectors around the world, and the discussions built upon the recommendations of the final report of the HLP. 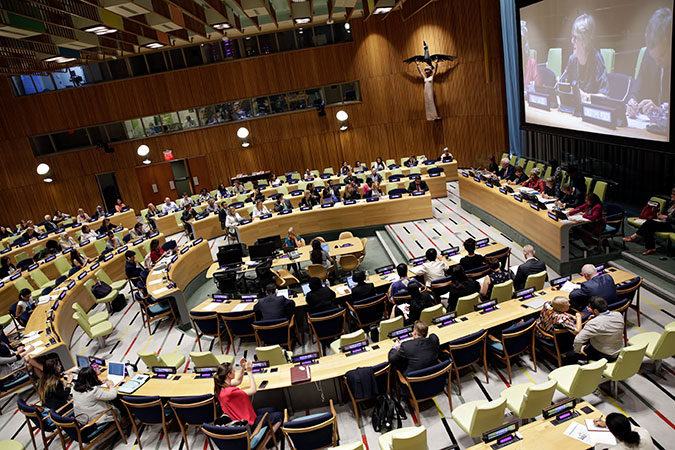 UN Women Executive Director, who is also a HLP member, highlighted the need for all stakeholders to follow through on the commitments made to date: “One important conclusion of the work of the HLP was the need to prioritize bottoms-up women’s economic empowerment”, said Ms. Mlambo-Ngcuka. “Not enough has been done for women at the bottom of the pyramid. The HLP has been able to highlight the challenges of women in the informal sector—working without access to social protection, economic support, minimum salaries. Women in this situation represent a share of the world labour force that is too big to fail”, she added.

Partnerships were signaled as critical to driving change for women’s economic empowerment. The Group of Champions of Women’s Economic Empowerment was established as a way to ensure that the work of the HLP is taken forward through the implementation of the 2030 Agenda. The Group of Champions are: Argentina, Australia, Bangladesh, Canada, Colombia, Costa Rica (Co-Chair), Dominican Republic, Jamaica, Japan, Mexico, Norway, Switzerland, Thailand, Tunisia, UAE, UK (Co-Chair) and Zambia.

Speaking at the event, Olga Sanchez, Minister of National Planning and Economic policy of Costa Rica, said: “We need to pay special attention to the economic empowerment of women in vulnerable sectors. Women’s economic empowerment is a clear pre-condition to achieving gender equality, and that is why urgent action is needed in this area.”

Other participants at the event included Dame Sally Davies, Chief Medical Officer, UK; Christophe Perrin, Deputy Director General at the ILO, John Danilovich, Secretary-General of the International Chamber of Commerce (ICC); and Wardarina, representative of the Women’s Major Group (WMG). The panellists also shared ideas on how information and communication technologies can be leveraged to support women’s economic empowerment to achieve the 2030 Agenda, and highlighted the need to engage the private sector to end gender discrimination and sexual harassment in the workplace.

Some of the statements presented by the HLP members, stakeholders and other experts present at the event can be found here:

For more information on this event and the High-Level Panel on Women's Economic Empowerment, please visit its website.