From where I stand: “The adoption of the National Action Plan on UNSCR 1325 is only the beginning”

Bajana Ceveli is the Executive Director of the Association for Women’s Security and Peace (AWSP) in Albania. Over the past three years, the Association, with the support of UN Women’s Fund for Gender Equality, helped draft a National Action Plan (NAP) on UN Security Council resolution (UNSCR) 1325 on Women, Peace and Security, which was adopted in September 2018. Ms. Ceveli spoke to UN Women about her personal motivation and why the National Action Plan is important for women. 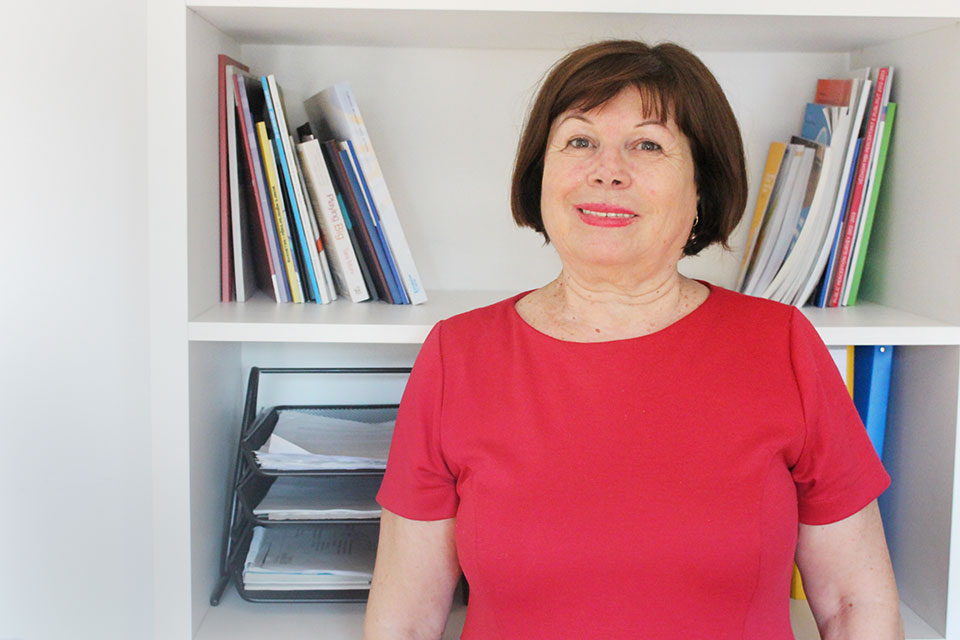 My work with women began during the Kosovo* War, in 1999, when our country [Albania] was heavily affected by the neighbouring conflict and the consequent influx of refugees. In a matter of weeks, Albania’s population had doubled! Together with a group of women from Durres, a town in the northwest, I started helping refugee women and children. We provided food, medical aid and also psychosocial counseling, which was especially appreciated.

After the war, we realized there was an urgent need to work with women in our own community. Many of them were affected by domestic abuse, gun violence, unemployment and seasonal migration.

My personal motivation came from watching someone close to me suffer from domestic abuse. Divorce, at the time, was a scandal in Albanian society. There were no laws addressing violence against women, and there was little collaboration between the police and civil society.

We, as AWSP, wanted to stop this vicious cycle and make a difference. We set up a counselling centre and helpline, which only received 1 or 2 cases per month at first, but eventually increased to 20 cases and counseling sessions per month. This urged us to lobby for the National Action Plan.

A lot has changed since then and a lot of progress has been made. But for every success story, there are women we fail to reach every day. The number of women who are victims of domestic abuse hasn’t dropped; the security of women hasn’t improved.

The adoption of the National Action Plan on UNSCR 1325 is a moment of celebration for us, but it’s only the beginning. By helping women claim their rightful place in politics and society, we believe the Plan provides the best measures to tackle gender-based discrimination and empowers women in decision-making, local governments, the army and police force.”

Bajana Ceveli’s organization Association for Women’s Security and Peace (AWSP) in Albania is one of the grantees of the UN Women Fund for Gender Equality. She was instrumental in setting up a coalition, “Women, Peace and Security in Albania”, composed of 20 local organizations. Together, they contributed to the successful adoption of a National Action Plan on UNSCR 1325. AWSP will lead the civil society monitoring of the National Action Plan. This story is linked to Sustainable Development Goal (SDG) 5, which promotes gender equality and SDG 16, which promotes peaceful and inclusive societies.

*All references to Kosovo shall be understood to be in full compliance with UN Security Council Resolution 1244 (1999).

Related News
14/05/2013
In the words of Saran Keïta Diakité: Girls receive a visit from a different man every night, a ‘new husband’
21/10/2020
From where I stand: “I’m a changemaker and not afraid of standing up for what I believe in.”
01/12/2015
In the words of Julienne Lusenge: “Women are the first victims of war” in the Democratic Republic of the Congo
29/10/2015
Our focus should not just be on what women can do. It is also on what men can do — Executive Director
14/10/2015
Turn words into action involving women for lasting peace
END_OF_DOCUMENT_TOKEN_TO_BE_REPLACED