In the words of Elisa Zepeda Lagunas: “It is essential for me to occupy these spaces and to open them up for others” 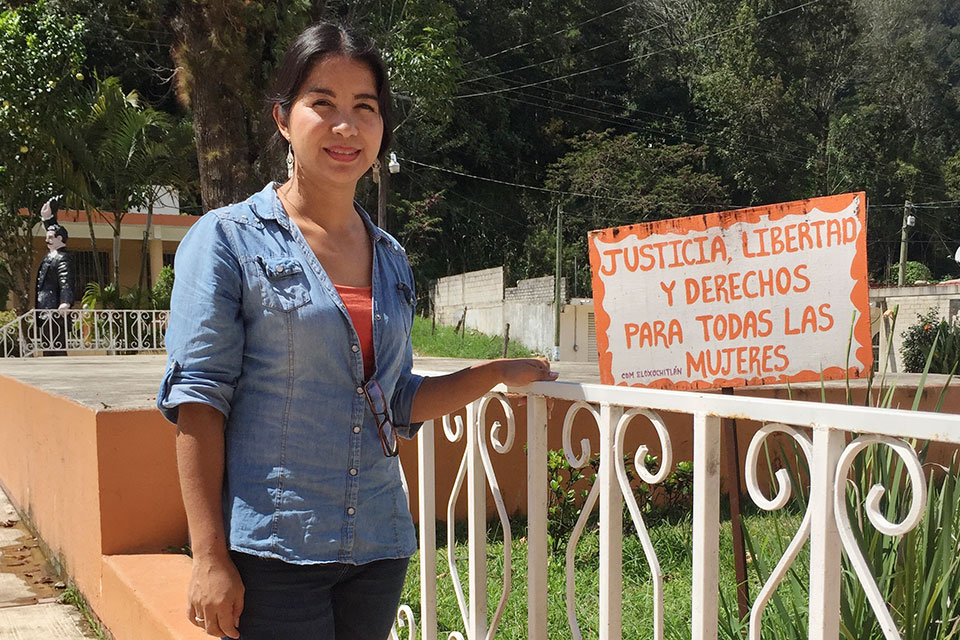 More #HearMeToo stories from Latin America and the Caribbean 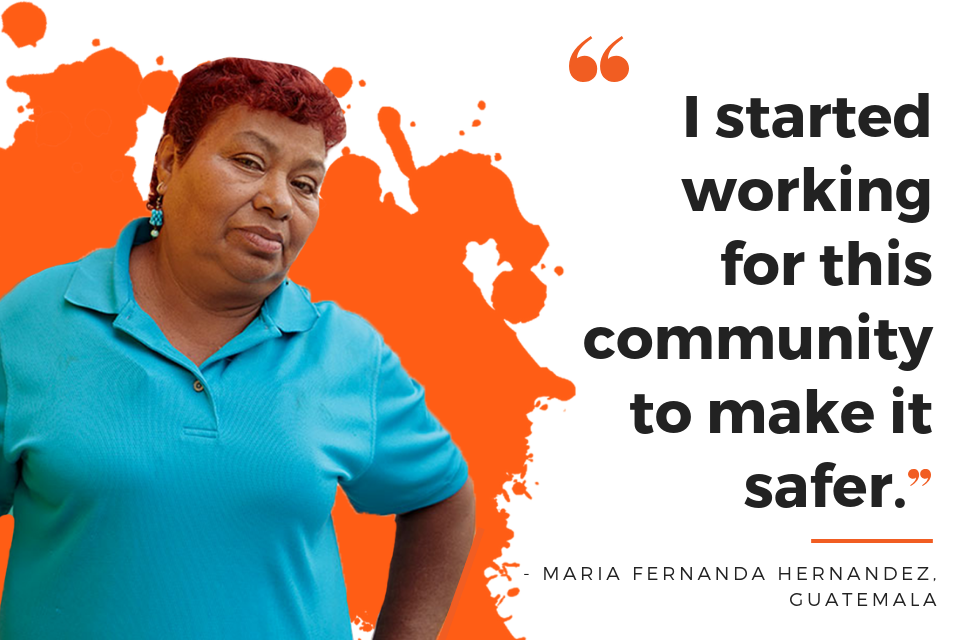 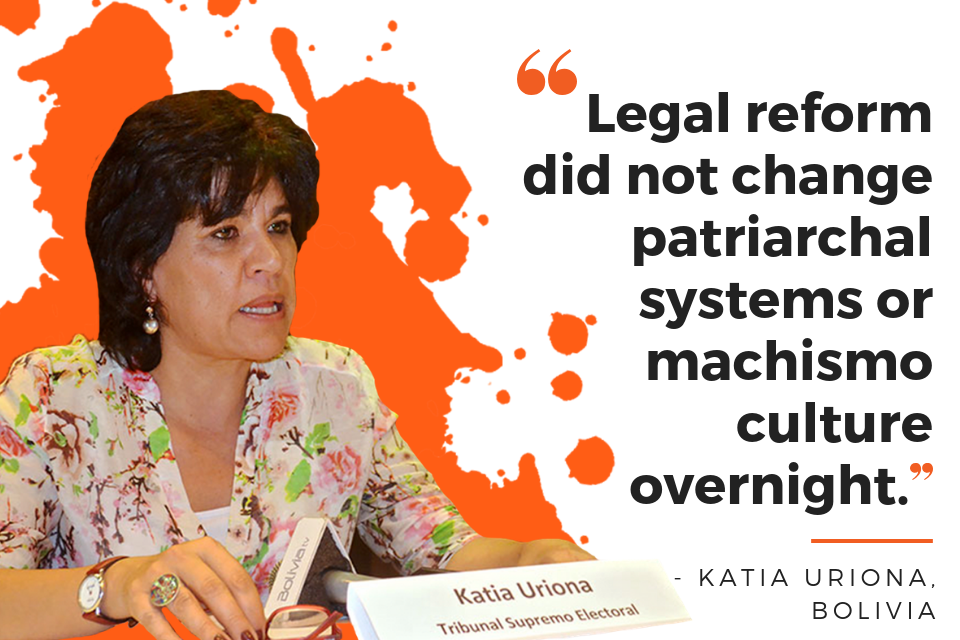 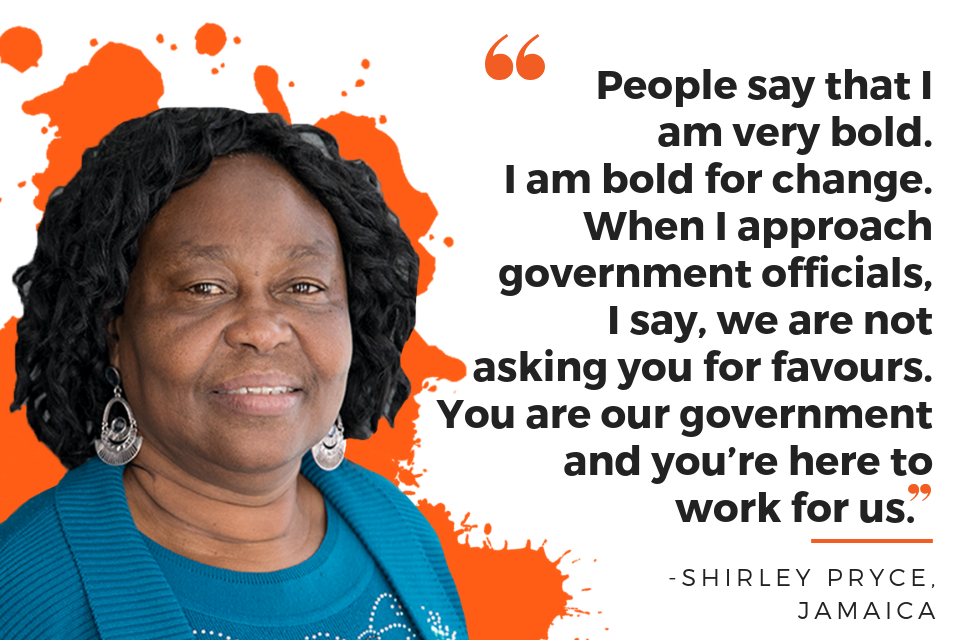 Elisa Zepeda Lagunas, 34, is an aquaculture engineer, Mazatec indigenous leader and women’s rights defender who has suffered intense violence due to her political activism. She was elected as the first female mayor of the municipality of Eloxochitlán de Flores Magón, in the Teotitlán District of the Mexican State of Oaxaca, in 2016. Two years later, she was elected to the Oaxaca State Congress (where women now occupy a ground-breaking majority of 23 seats, versus 19 for men). As an elected official, Ms. Zepeda Lagunas wants to strengthen prosecution of violence against women in politics and femicide, as well as start a training school for women who want to enter politics. She was a speaker in the IV Ibero-American Summit of Local Gender Agendas, in Cuenca, Ecuador organized by UN Women in May 2018.

After completing my engineering degree, I returned to my village to work on rural development and raise awareness about human rights. At the time, women were excluded from decision-making in many indigenous community spaces, but in my town, we were able to get recognition for women’s community work within our statutes, and our right to be candidates.

They burnt my car, my house and that of my parents, and took me as a hostage to the town square, where they openly hit me and cut my head with a machete. They told me: ‘this is what happens when you get involved in matters that don’t concern you’. They tortured me and did things to me that I still have trouble speaking about... They tortured my brother in the civic plaza until he died and sliced my partner Gustavo’s head with a machete before shooting him... My mom lost an eye, and they left both of us for dead.

At one point, I took a picture of myself, all bloody, adding, ‘they're killing me’, and I sent it to Anabel López Sánchez, a feminist and women’s rights activist in Oaxaca who at that time headed the State Directorate of the Oaxacan Women's Institute. She alerted the State Attorney’s Office and other authorities to send resources to safeguard my physical integrity, and that of my family and community. The investigating commission caught the perpetrators and they were sentenced to prison. There are still seven in prison; eight have been released, and I only found out when I saw them on the street.

It took me a year to recover and find a purpose. We women said: ‘we won’t give up, because it will get worse’ and that gave me the strength to continue. We fixed our sights on decision-making.

I requested [and was granted] the Protection Mechanism for Human Rights Defenders of the Ministry of the Interior. For more than three years I had an escort, satellite phone, panic button and a fenced home. That allowed me to continue with my activism and it reduced a lot of the physical aggression, but it didn’t stop the verbal threats. People would tell me: ‘Careful; you’re going to get ambushed.’

When it came time to choose new authorities for the municipality, for the first time, two women were considered as municipal candidates. I was one of them. In the elections on 26 April 2016, 1,500 of the 1,800 voters elected me and my colleague. In January 2017, we took office.

When the opportunity arose to present myself as a candidate for the Oaxaca State Congress this year, I ran for office and I won. The IACHR told me they would have to take away my protection, since I would now be a public official. For the past three months, I’ve had to move and hide to be safe.

Despite all the risks, I ran because it is a great opportunity for me to raise my voice to another level, as a legislator, and we have so much work to do. History owes so much to women. So many have suffered more than me. So few make it this far. I feel a great sense of responsibility. It is essential for me to occupy these spaces and to open them up for others.

We are 23 women and 19 men in the Oaxaca Congress. Little by little, we are moving forward, and I feel like it has all been worth it.”

Related News
14/11/2018
Across Latin America, women fight back against violence in politics
12/11/2021
“There’s a long way to go”: Three women share their stories of overcoming political violence in Colombia
18/03/2021
Mexico joins Bolivia in efforts to stop violence against women in politics
10/03/2021
This is what leadership looks like: Meet Cecilia Moyoviri Moye, an indigenous woman Senator in Bolivia’s Legislative Assembly
09/11/2018
Take five: “Legal reform did not change patriarchal systems or machismo culture overnight”
END_OF_DOCUMENT_TOKEN_TO_BE_REPLACED