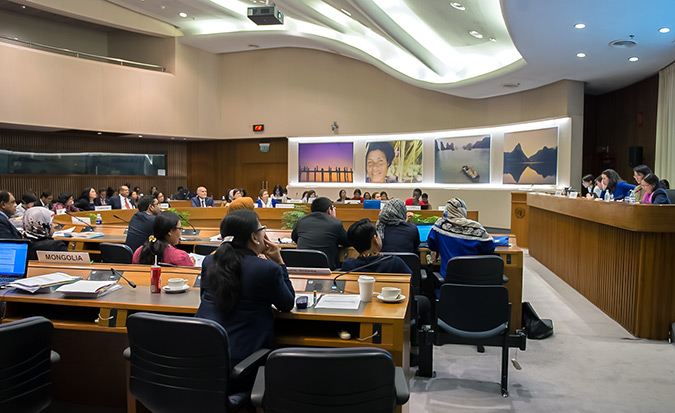 Bangkok, Thailand — Senior officials from ministries responsible for agriculture, rural development and gender equality across Asia and Pacific have agreed on key priorities for advancement of rural women’s and girls’ human rights at the Asia-Pacific High-level Meeting for the 62nd session of the Commission on the Status of Women (CSW62) concluded in Bangkok on 23 February.

Organized as the regional preparatory meeting leading up to CSW62, which is taking place at the UN Headquarters from 12 to 23 March, the discussions focused on the CSW priority theme, “Challenges and opportunities in achieving gender equality and empowerment of rural women and girls”. A powerful platform for cross-country and sectoral exchange, the Meeting saw vivid dialogue between governments and civil society in the region, and produced key recommendations that will be taken forward to the Commission's deliberations at the UN headquarters in New York. 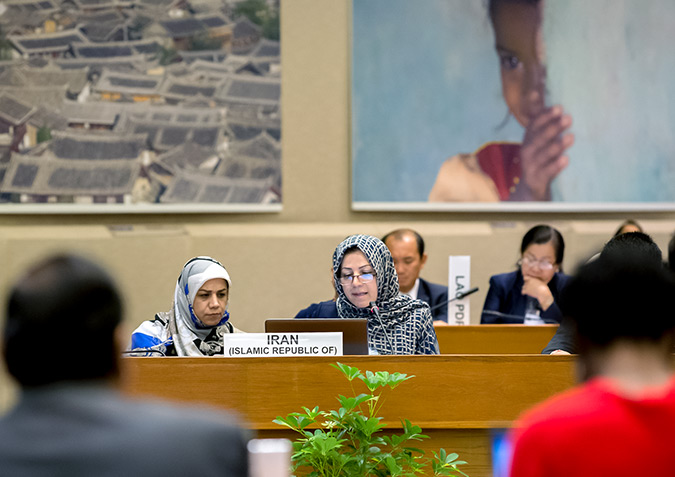 The Meeting recognized that the region is missing out on the opportunity that rural women and girls represent for transformative change in the world. They have a crucial role to play, for example, in agriculture and food production. New technologies are opening up new types of cultivation and markets, and women are well placed to play a leading role and make the most of this opportunity. More needs to be done, however, to secure their basic rights, in three areas in particular: the right to a decent living standard, including income security and social protection; the right to food, decent nutrition and food security; and right to land and productive resources, including security of land tenure.

Women are overrepresented in the less well-paid jobs, often in poorer conditions. And when they do the same work as men, they are often paid less for it-by up to 40 per cent [1]. Much of their work is in fact not paid at all: women are more likely to put in unpaid work for family farms or businesses than men, and do on average more than twice as much domestic and care work. When confronted with natural disasters and climate change, rural women and girls are often the ones who have to walk further to gather fuel and water, and forced to make impossible choices between care work and recovering their livelihoods.

When communities are displaced, women often face personal risk, while still having to care for the family. When men migrate for work, many women are left responsible for running farms, but without the social and legal status needed to make decisions or fend off land grabs. They are less likely to receive the education required to access employment. Furthermore, they face injustice in personal lives such as forced and early marriage and domestic violence, which are known factors that impede progress of entire nations.

Miwa Kato, the Regional Director for UN Women Asia and the Pacific said in her opening remarks, “Amid these complex dynamics, the objective of "leaving no one behind” [2] requires attention to the multiple and intersecting identities and inequalities that rural women face: as young women and girls, older women, heads of households, indigenous women, women affected by HIV/AIDS, women with disabilities, migrants, refugees and the internally displaced, including those displaced by climate change."

“Disaggregated data collection methodologies in support of advancing gender equality and rural women’s rights are crucial and need to be deepened. We also need to make sure that policy-makers are able to engage with those with first-hand experience of what is really needed: the rural women themselves,” she added.

Improvement of rural women and girls’ gender equality and empowerment in the region has failed to keep pace with rapid economic transformation, said Kundhavi Kadiresan, Assistant Director General and Regional Director of FAO Regional Office Asia and the Pacific, adding that they are facing gender-based constraints, including unequal access to land with share of women landholders less than 10 per cent on average and their shortcomings in access to credit, decent employment, meaningful training and representation.

“We have evidence that shows us that if women had access to and control of the same resources as men, their contributions would increase food production by as much as four per cent and this would have benefits for the entire family with greater food and nutrition security as well as improved health and well-being of children,” she said.

UN Under-Secretary-General and Executive Secretary of the UN ESCAP, Shamshad Akhtar, stressed: “Development which does not empower rural women and girls is antithetical to a rights-based approach enshrined in the 2030 Agenda. We must work together to create an enabling environment which supports women and girls in rural areas of Asia and the Pacific to unfold their full potential as powerful agents of change.” 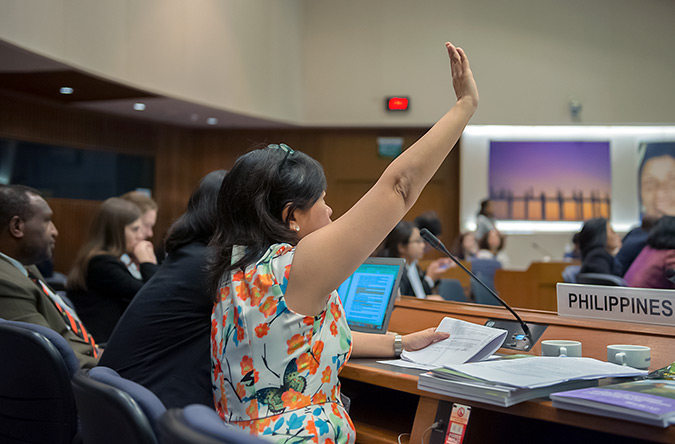 Alma Sinumlag, the representative of Cordillera Women’s Education Action Research Centre from the Philippines, reminded that around the region, women who are working for land rights, women defenders for the environment, women protecting workers’ rights, the rights of women with disabilities, the rights of refugees, displaced people and Lesbian, Gay, Bisexual and Transexual (LGBT) rights, are facing threats to their lives and security, and they need protection.

“But we are resolved that silence is not an option,” Sinumlag said. “We remind states of their obligations under the UN Declaration on the Rights of Indigenous Peoples and the importance of ensuring genuine free prior and informed consent of local communities, including rural and indigenous communities, before adopting and implementing any development programme. We urge governments to ensure participatory gender and environmental impact assessment in all the phases of large scale projects encroaching our lands and resources.”

Key recommendations emerging from the Meeting include:

The Meeting was organized by UN Women Asia and the Pacific, Food and Agriculture Organization and the United Nations Economic and Social Commission for Asia and the Pacific with support of World Food Programme and the Asia Pacific Forum on Women Law and Development.