In the words of Blessing Ihauku Daru: “Women need to be in the corridors of power and politics” 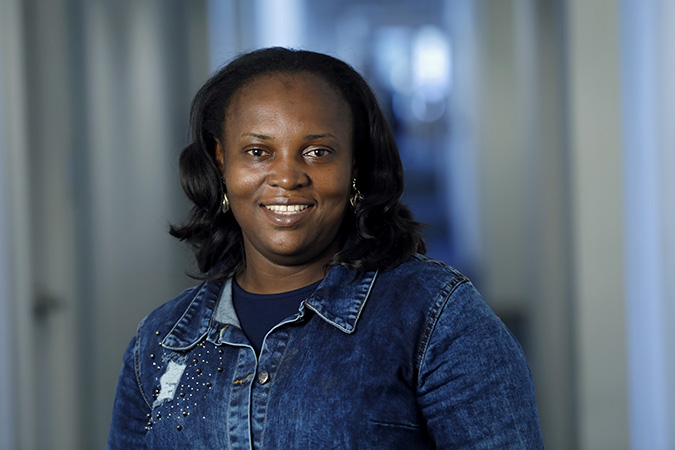 Blessing Ihuaku Duru is a Programme Manager with Alliances for Africa (AfA), a non-governmental organization working in the south-east region of Nigeria, to promote gender justice, participation of women in leadership and in peace, security and conflict resolution. With support from UN Women’s Fund for Gender Equality, AfA is implementing a project to bridge the gender gap in elected public positions. They are working with the Government, political parties and women leaders to pass a bill that will provide for an affirmative action to ensure a minimum of 35 per cent of women’s representation in governance. Ms. Duru spoke to UN Women when she attended the 62nd session of the UN Commission on the Status of Women.

The kidnappings, the violence in Nigeria has affected the economy of the whole country and torn apart families.

Right now, women hardly make up 5 per cent of political leadership positions in these states. There are gender stereotypes that say women are not supposed to be in public spaces. But why? I wear the shoes, I know where it pinches me. You can’t talk about my issues because you don’t know them as I do.

Look at the Boko Haram crisis, for example. People are leaving their homes and living in refugee camps. If you don’t have women in these camps speaking up for other women, no one raises the issue of sanitary napkins or the issue of contraceptives. Men don’t remember these issues.

Women need to be in the corridors of power and politics so that they can talk about the issues that impact them.

In 2016, with the help of the UN Women Fund for Gender Equality, we trained 145 women in political participation. Within 18 months into the programme, 11 of them were got appointed positions at the local level and three got elected. Now we have been awarded a second grant to upscale the initiative and reach many more.

At Alliances for Africa, we also work with people at the grassroots level, such as religious and community leaders, to change the [discriminatory] attitudes towards women. But it takes time to change mindsets; it’s a process. In the meantime, we also need laws in place!

The gender equal opportunity bill that is pending since the last six years or more. If passed, it will put in place a 35 per cent quota for women’s representation. It will also address early marriage and protect women’s right to inheritance. We just got a case, where this 31-year-old woman came to our office. Her husband had died, leaving her with six children—all girls. The husband’s family has taken over the estate leaving her with nothing. If the bill is passed into law, we can go to the court and help her recover every penny.

I have two little girls, my five-year-old already calls herself a feminist. I keep fighting for change because when my girls grow up, I want them to be in a society where their human rights are respected. And if their rights are violated, there will be laws and mechanisms in place to get justice.”

Related News
27/06/2014
Women in power and decision-making: Strengthening voices for democracy
06/02/2019
From where I stand: “Disability will not stop me from achieving my dreams.”
15/09/2016
Women gain political representation and leadership in rural China
09/10/2015
Women’s Situation Rooms boost peaceful voting in Africa
16/07/2014
‘Ready for the lists’, say Uruguayan women
END_OF_DOCUMENT_TOKEN_TO_BE_REPLACED