From where I stand: “I am passionate about promoting peace”

Lyop Chong is one of few women to become a member of her local traditional council in conflict-affected Nigeria. Since being trained as a woman mentor for peacebuilding, she has become a passionate advocate for peaceful conflict resolution, starting from home and extending to the larger community. 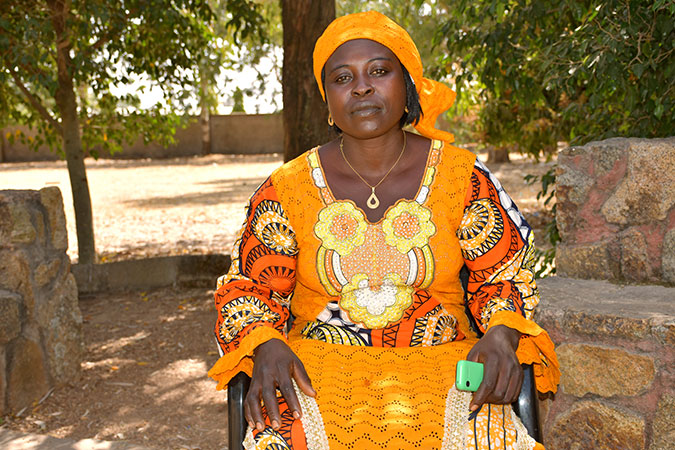 I was selected to be a member of the Traditional Council because of my eagerness to be a part of it, but some male council members (“Miyangwas”) were against my inclusion.

They said it was taboo for a woman to sit in the Traditional Council. But the District Head and some other chiefs, who had been trained by UN Women on gender mainstreaming in leadership and peace building as part of the Women, Peace and Security (WPS) Programme, supported me and insisted that my contributions towards resolving disputes in the community were meaningful.

In July 2017, I got an opportunity to attend the WPS programme for two days and it changed my life. I was not a peacemaker before this, but I am now passionate about promoting peace and raising awareness about the importance of peace. I have learned how to mentor other women. We shared whatever we learned in the trainings with the rest of the community, so that more community members could become mentors for peacebuilding.

Married women and men [in my community] experienced violence in their homes frequently. They fought among themselves and sometimes hit each other. In my role as a member of the Traditional Council, I visited their homes, helped mitigate the conflict and heard from both parties. I encouraged them to have dialogues and resolve their differences peacefully, without violence. Now, the conflicts among community members and within families have reduced. I definitely see an improvement.”

Lyop Chong, 40, is a traditional council member from the Jol Community of Riyom, a Local Government Area in Plateau State, Nigeria. She is one of the women mentors trained by UN Women as part of the Northern Nigeria Women, Peace and Security Programme, funded by the European Union, which aims to strengthen women’s leadership and engagement in peacebuilding efforts. Her story is related to the Sustainable Development Goal (SDG) 5, which promotes gender equality and women’s empowerment in all spheres of life, including in leadership, participation and ending violence against women. It also contributes towards SDG 16, which promotes women’s role as peacebuilders.