In the words of Yuan Feng: "Different sectors need to work together to fight domestic violence" 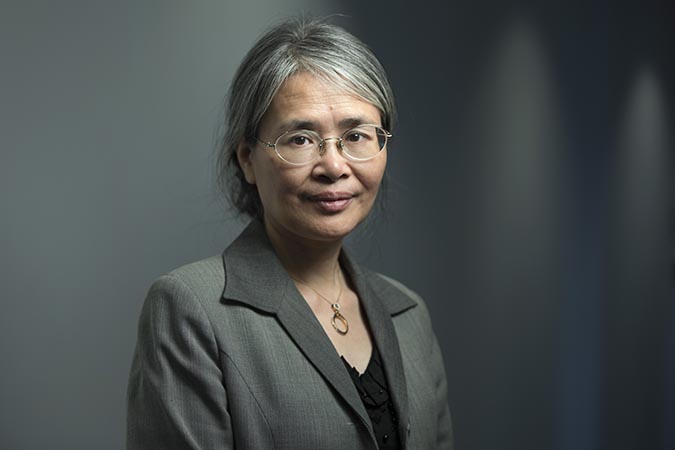 Yuan Feng, from China, is the co-founder of Equality, an NGO based in Beijing, dedicated to women’s rights and gender equality. The organization, a grantee of the UN Trust Fund to End Violence against Women, managed by UN Women, works to end domestic violence and helps survivors of violence. Since the mid-1990s, Feng has also been a founding member, coordinator, chair-person, and board member of countrywide organizations, such as the Gender and Development Network in China, Anti Domestic Violence Network, Women’s Network Against Aids/China, and Media Monitor for Women Network.

Before 1995, I did not know much about domestic violence in China. In 1995, at the World Conference on Women in Beijing, this issue was discussed as a priority area and after that, a group of women wanted to set up an NGO focusing on this issue. I joined that group and in June 2000, we started The Anti-Domestic Violence Network in China and in 2014 we established “Equality”, an NGO dedicated to women’s rights and gender equality, particularly focusing on the prevention of violence against women.

We see domestic violence in all social classes, in both urban and rural areas. But urban women have better access to services. In rural areas, women can seek help only from the informal sector. We work to improve access to services for rural women. We have also identified three marginalized groups and found partners who can help these women: women living with HIV AIDS, women with diverse sexual orientation, and disabled women.

China has a domestic violence law, but it needs to be implemented properly and the police should have a bigger role in the implementation. However, the law itself is not perfect. For example, this law does not include violence perpetrated by ex-partners, but we know of many severe domestic violence cases that have happened after the couple separated. Also, the law covers only physical violence and some forms of mental violence. It does not include financial control, financial exploitation, or sexual abuse by other family members. We are advocating for these crimes to be included under the law.

The shortage of human resources and funds is a persistent challenge in this line of NGO’s work. The funding we received from the UN Trust Fund was very helpful. We use the funds to do training, research, monitoring, and to operate our helpline.

Another challenge is that to effectively tackle domestic violence, we need the cooperation of multiple sectors of the government, including the health department, the education department, etc. For example, if a woman with a child has faced domestic violence and needs to move away from her home, she needs shelter and the child needs education. But our school system is household-registration centred. If your household is registered in one place, it’s hard to transfer to another region for school. But sometimes the people affected by domestic violence need to move temporarily or even permanently. So different ministries and different sectors need to work together to fight domestic violence.

The root cause of domestic violence is gender inequality. If we do not tackle this issue, we can only solve the symptoms, we cannot treat it. The media can promote gender equality by highlighting gender stereotypes and gender prejudices and spreading awareness. They have a huge responsibility.

The survivors of violence encourage me to keep working for this cause. I see so much potential in these women, and they have the capacity to make a lot of difference with very little resources. If we can facilitate more resources for them, they can do and achieve more."

Related News
14/11/2017
In the words of Nongnee Kondii: “I was told that being a lesbian woman is a sin”
30/07/2014
China’s ‘left-behind girls’ learn self-protection
27/05/2020
On the front lines of COVID-19, women’s organizations provide vital services as first responders as violence against women spikes
24/03/2020
Ending violence against women in the context of COVID-19
26/02/2020
Anastasiia Yeva Domani: How a transgender woman in Ukraine fought for her rights and discovered the activist within her
END_OF_DOCUMENT_TOKEN_TO_BE_REPLACED