High-level Group on Justice for Women meets in The Hague 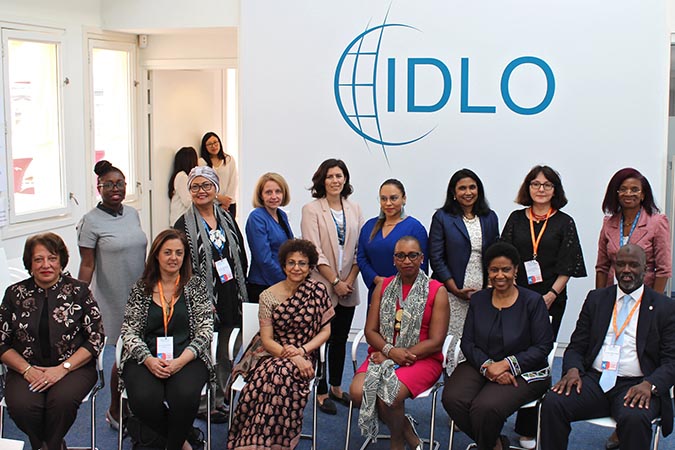 Some participants in the inaugural meeting of the High-level Group on Justice for Women. Photo: IDLO

The inaugural meeting of the High-level Group on Justice for Women took place in The Hague from 28 – 29 May.

Justice is necessary to achieve #genderequality across the 2030 Agenda.

The inaugural meeting of the High-level Group was opened by Sigrid Kaag, Minister for Foreign Trade and Development Cooperation for the Netherlands and Co-Chair of the Task Force on Justice, who drew attention to the discrimination that perpetuates gender inequality in access to justice. “Access is an euphemism for describing a far larger problem: there is still structural and systematic exclusion of people from the justice system,” she said, adding, “SDG 16 represents all the strands of international development, peace and security, and sustaining peace and women's access to justice plays a crucial part in this.” 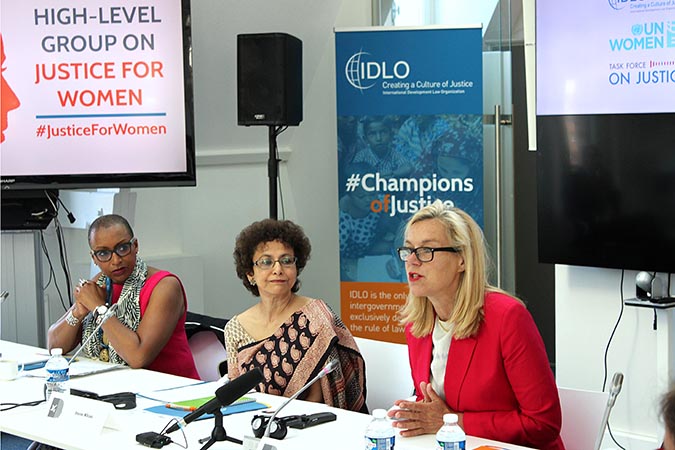 Sigrid Kaag, Minister for Foreign Trade and Development Cooperation for the Netherlands and Co-Chair of the Task Force on Justice opens the inaugural meeting of the High-level Group . Photo: IDLO

Currently, an estimated 4 billion people are excluded from the rule of law, and over 150 countries have at least one law that discriminates against women.

Women’s access to justice is critical for achieving the 2030 Agenda for Sustainable Development. The High-level Group seeks to highlight the specific justice gaps faced by women and girls, transformative approaches for improving their access to justice and the importance of scaling up investments.

There is a complexity in finding solutions to improve #JusticeForWomen, from the home, to the cultural context, to governments, explains @phumzileunwomen - ED of @UN_Women. Reminding the group that we need to look deeper to improve and understand #AccessToJustice. pic.twitter.com/cDotcFe8AI

At the inaugural meeting, participants called for justice and security sector institutions to uphold and enforce the rights of women and girls through bold gender-responsive measures in line with regional and international standards. “The normalization of impunity discourages women from seeking justice,” said UN Women Executive Director, Phumzile Mlambo-Ngcuka. “In many cases, it is the courts themselves and the officials responsible for dispensing the law who are indifferent to the issues that we expect them to champion. This means that by the time a woman gets to be in front of the judge, she is already defeated, because of their attitude,” she added 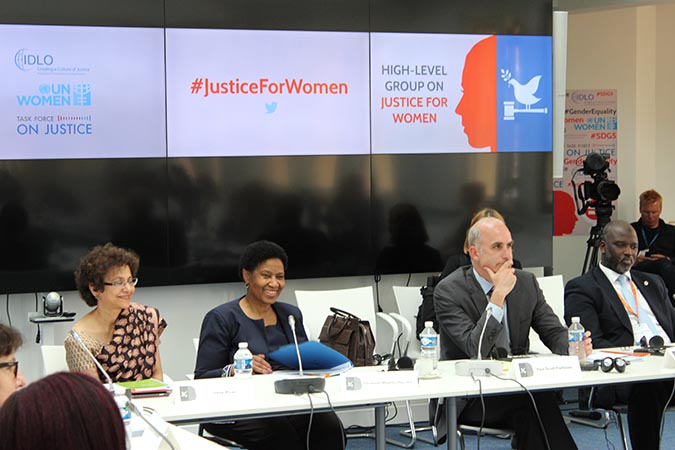 UN Women Execuitve Director Phumzile Mlambo-Ngcuka participates in a panel discussion at the inaugural meeting of the High-level Group on Justice for Women. Photo: IDLO

The importance of integrating women’s voices at all stages of the justice chain was also a central theme. “Equality and equal protection lie at the heart of the rule of law. Yet, all too often laws are gender blind and justice institutions themselves a source of gender inequality. Justice for women must not only be about punishing the perpetrator but about addressing the inequalities, systemic failures and institutional bias,” said Irene Khan, Director-General of IDLO. This was echoed by Abubacarr Marie Tambadou, Minister of Justice for The Gambia, who noted that, “Women have an inherent right to equality with men beyond the SDGs. Women's access to justice is connected to sustaining peace.”

Working closely with the Task Force on Justice within the Pathfinders initiative convened by the Governments of Brazil, Sierra Leone, the Netherlands and Switzerland, the High-level Group will prepare a high profile report on justice for women to influence the outcomes of relevant global and regional processes before, during and after the High-level Political Forum of 2019.

Related News
On mission in the Netherlands, UN Women Executive Director calls for action to protect women and girls fleeing from conflict
UN Trust Fund to End Violence against Women marks 20 years with event in Amsterdam
Presentation by Michelle Bachelet and Julia Duncan Cassell at a side event on the COMMIT Initiative
From where I stand: “The more Roma women are visible, the more impact they have on society as a whole”
In the words of Captain Anaseini Navua Vuniwaqa: “There is a need for female peacekeepers”
END_OF_DOCUMENT_TOKEN_TO_BE_REPLACED