In its 2017 annual report, the UN Trust Fund to End Violence against Women highlights the life-changing results grantees working to prevent and end violence against women and girls around the world. It also aims to show the UN Trust Fund’s increased investment and efforts in building capacity and ensuring the sustainability of grantees. 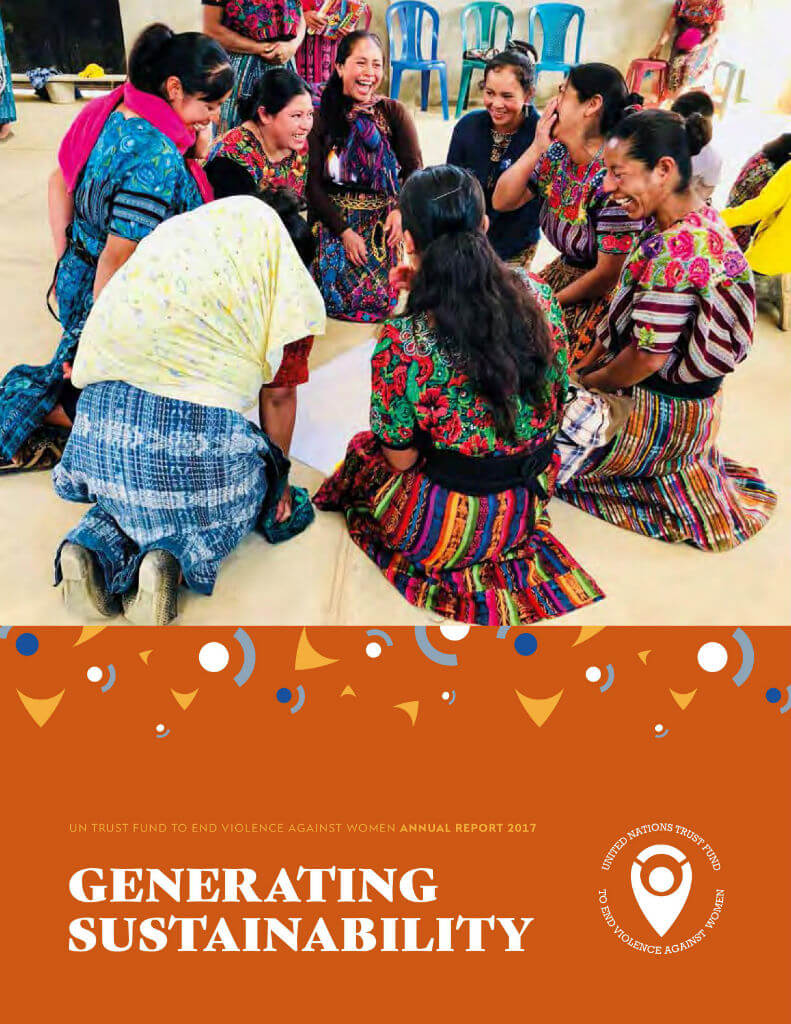 In the foreward to the annual report, Aldijana Sisic, Chief of the UN Trust Fund wrote: "Activists in movements around the world, like our grantees presented in this report, are engaged in their own national conversations and they know how to respond. They know very well that to end violence against women we must go further than the conviction of an individual perpetrator. As an immediate first response, we must provide multisectoral support to all survivors and, in the longer term, we must address the roots of violence against women and girls. We must change structures and systems of inequality and inequity that allow men around the world to undermine, harass, abuse and violate women and their rights."

The 120 UN Trust Fund-supported projects implemented in 80 countries and territories in 2017 contribute to a growing knowledge hub of what works in preventing and ending violence against women and girls. Last year, these projects reached 6,362,155 people, including women and girls, men and boys, government officials, and the general public. At least 340,833 women and girls benefited directly from services, empowerment activities, and protection from violence during the year.

The UN Trust Fund is managed by UN Women on behalf of the UN system.

Related News
27/05/2020
On the front lines of COVID-19, women’s organizations provide vital services as first responders as violence against women spikes
14/11/2018
In India, women boycott weddings with child brides
09/11/2018
From where I stand: “I feel good about the change that I have been able to bring”
09/11/2018
From where I stand: “I saved a life”
15/05/2018
Advocating for services and legislation to protect survivors of violence in Ecuador
END_OF_DOCUMENT_TOKEN_TO_BE_REPLACED