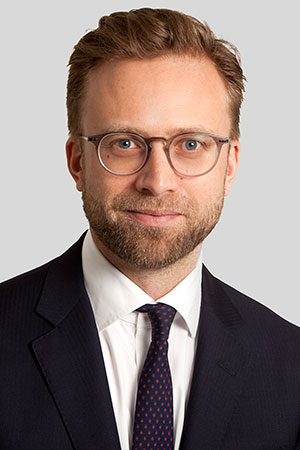 In 2018, the Government of Norway contributed regular resources of USD 10.8 million to UN Women. In addition, the Government contributed USD 14.5 million in other resources support—bringing its overall 2018 contribution to approximately USD 25.4 million and making Norway UN Women’s third-largest contributor. In an interview, Minister of International Development of Norway, Nikolai Astrup, explains why gender equality is a top priority in foreign and development policy.

Why is UN Women a good fit for channelling your development assistance?

Women’s rights and gender equality are a priority in Norwegian international development policies. UN Women’s outcomes correspond well with what we all have committed to in the Beijing Platform for Action and the 2030 Agenda, and UN Women has a comprehensive approach to the work on gender equality which we are very committed to. Through UN Women’s three fold mandate, it delivers on women’s rights both at the normative, coordinating and at the operational level. We believe this is the key.

Women’s rights and gender equality are important to our Government both from an individual rights based approach and from an economic growth perspective. Sustainable Development Goal 5 is important in itself for the realisation of both men and women’s rights. When women can live up to their full potential they contribute immensely to their societies and in the achievement of the sustainable development goals.

How does women’s empowerment and gender equality feature in your multilateral aid policy?

Norway’s Action Plan for Women’s rights and gender equality in foreign and development policy, sets out the Norwegian policy in this field. There are five thematic priority areas; girls right to education, women’s political and economic empowerment, a life free from violence and harmful practises, and sexual and reproductive health and rights, including comprehensive sexuality education. Norway believe that girls right to education is key, and we have therefore doubled our aid to education over the last years to 3,4 billion NOK in 2017. This year, Norway will launch its fourth National Action Plan for Women, Peace and Security. Multilateral organisations, and UN Women in particular, is an important partner in this work.

Norway has a strong history of support to UN Women, through both core and non-core funding, but being particularly strong on core. Why is core funding important for Norway?

Core support is important to Norway, because it constitutes flexible and predictable funding for the organisation. Core resources are particularly important for UN Women’s ability to deliver on the normative and coordinating parts of its mandate. We believe that UN Women knows how to prioritise its resources in order to reach the goals of its strategic plan.