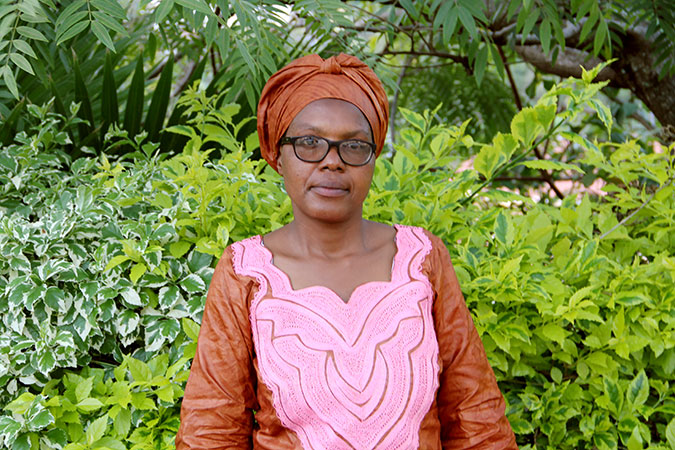 Five years back something historic happened. The 2013 Rwandan Parliamentary elections ushered in a record-breaking 64 per cent of seats for women candidates, making Rwanda the top country for women in politics.

The incredible progress was spurred by special measures, starting with the 2003 Constitution that set a 30 per cent quota for women in elected positions, and the political parties adopting their own voluntary quotas for women candidates on party lists. In 2003, barely a decade after the genocide, nearly 50 per cent of Parliamentary seats went to women. Even though women have continued to hold the majority of seats in the Parliament for several years now, many women leaders in Rwanda still find their competency and capabilities questioned. The hard-won gains made at the national level must be sustained by building the capacity of local women leaders and countering the negative attitudes toward women in politics.

“When people see you holding any of those [elected] positions as women, the very first question asked by everyone is: Will she be able to perform her duties? Is she capable of holding such a position?” explains Claudette Mukamana, District Vice Mayor, in charge of Social Affairs.

To counter this narrative, boost women’s leadership skills and reverse the stigmatization towards women in decision-making, UN Women recently supported a series of training sessions on leadership and public speaking from April-May 2018. In preparation for the upcoming parliamentary elections in early September 2018, 10 training sessions for women candidates have been held in five provinces, to empower more women leaders to aspire for higher positions in the political sphere. In the final lists of candidates for election, released last week, 61 per cent are women. The trainings were run under a joint programme by UN Women, UNDP and UNFPA, and funded by the Swedish International Development Agency. 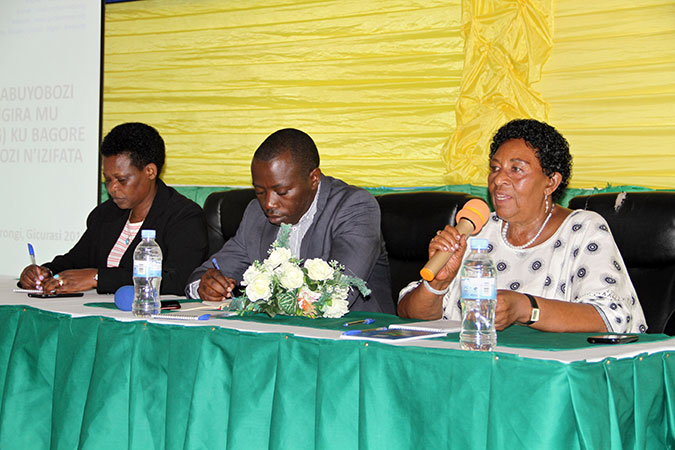 Suzane Ruboneka, a representative of Pro-Femmes/Twese Hamwe with over 20 years of experience in government, addresses participants of the leadership and communication training. Photo: UN Women

“Even attending such trainings, there are people who think that we come to meet men, or for other business, which makes it hard to be trusted by our husbands,” says Berthilde Muruta, Executive Secretary in the Rubavu District. She says some women in decision-making positions have had to become less present at home, which has been perceived negatively by their husbands and been a trigger for domestic violence.

There are also other barriers to sustaining women’s political participation, such as limited enforcement of gender equality laws, lack of campaign financing, lower levels of education and technical skills, as well as persistent gender stereotypes and patriarchal attitudes.

“It is critical to promote networking among women in politics and to support cross-party networks of women and women’s parliamentary caucuses, as these can help channel women’s interests and concerns and can help to mainstream gender in policy development and government oversight,” says UN Women Rwanda Representative a.i. Fatou Lo. She points to the Forum of Rwandan Women Parliamentarians (FFRP) as an example. Results are evident. Among the key legal reforms that the women parliamentarians have helped bring are the revision of the Civil Code which now provides equal inheritance and succession rights between men and women, as well as the elimination of any form of discrimination in the laws that govern political parties and politicians. They have also initiated labour laws on equal pay and ending gender-based violence, harassment and discrimination at work, equal rights to access and own land, and preventing and punishing gender-based violence and violence against children.

The road for women’s increased participation in politics in Rwanda was paved by the 2003 Constitution, which set aside a quota of 30 per cent women in all decision-making organs, including 24 of the 80 seats in the Lower House of Parliament. Those seats are elected by an innovative special electoral college composed of voters from local women’s councils and district councils. Besides the 24 reserved seats, women candidates won 26 other seats, of the 53 available, and the youth seat, for a total of 51 seats in Parliament (64 per cent). Women also make up 42 per cent of Cabinet members, 32 per cent of Senators, 50 per cent of judges, and 43.5 per cent of city and district council seats. But will Rwanda be able to sustain the progress?

Worldwide, the number of women in executive government and in parliament has stagnated, according to the latest data presented in the Women in Politics 2017 Map. In some countries in Africa, women’s representation in Parliaments has slowed and even dropped from one election to the next (such as in Malawi when the number dropped from 22 per cent to 16.7 per cent in 2014 elections). Strengthening the technical skills and capacities of women candidates and elected leaders in Rwanda is a pressing need.

“This is such an important training, as even when someone has been trusted to be in a leadership position, we still have to train to sustain and grow our capacity; to look back and improve what we have been doing wrong; to be knowledgeable about different values as a leader, as well as to learn more, especially on planning and implementing processes,” says Angelique Twagiramungu, a 45-year-old participant in the training session held in Karongi District. She is in charge of economic affairs for the National Women’s Council (NWC) in Nyabihu District, Western Province and is thinking of running for Parliament—again.

Twagiramungu ran in 2013 for one of the 24 seats reserved for women but she had to withdraw her candidacy due to financial constraints. Today, she says finances are the main sticking point for her potential candidacy, as she lacks financing for brochures, accommodation when travelling and other campaign expenses.

But the motto of the trainings, “Women Do It” resonates with her. She says she hopes more women will aspire to run for local and national elections, and that more will seek decision-making positions beyond those related to women and families, getting “out of their comfort zone”.

Related News
10/03/2021
This is what leadership looks like: Bernadette Gomina, a pioneering parliamentarian in Central African Republic
24/02/2020
My Take, Your Take: Ushering in a new generation of women leaders in Central African Republic
12/02/2019
Take five with Tchonko Becky Bissong: “With my voice, I can impact the masses”
06/02/2019
From where I stand: “Disability will not stop me from achieving my dreams.”
24/04/2018
Women Working Together for the Africa We Want: African Women Leaders Network convene for a second forum
END_OF_DOCUMENT_TOKEN_TO_BE_REPLACED