Women at the helm of cyclone recovery efforts in Tonga

“When the cyclone finally arrived, we were all huddled in the house. The cyclone strength was getting stronger and stronger, and the damages started in the kitchen.”

“The next morning, we saw the complete devastation in front of us. The roof was completely destroyed. All the doors and windows were completely damaged. The walls had collapsed because of the fallen roof. We all stood in shock, crying and holding on to each other,” recalls Sesalina Vaiangina, 45, of Makaunga, Tonga after Tropical Cyclone (TC) Gita devastated her island. 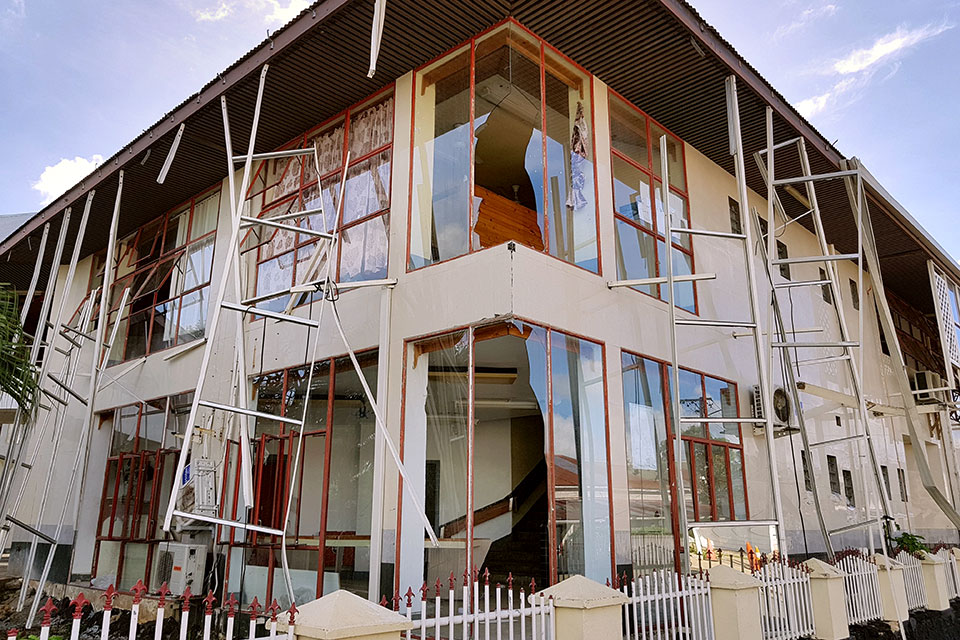 TC Gita, one of the worst storms to pass by Tonga in the last 60 years, made landfall on 12 February 2018 as a Category 4 cyclone with winds up to 230km per hour. It impacted 79,556 people—75 per cent of the country’s population. The main island, Tongatapu, where the capital Nuku’alofa is located, and the nearby island of ‘Eua suffered the greatest impact.

Today, Vaiangina and many other rural Tongan women are tackling the various challenges wrought by TC Gita with hard work and leadership. Their stories are captured in the Tonga Women and Children’s Crisis Centre’s multi-media campaign, “This is my story of resilience: Women of Tonga”, which gave a voice to rural Tongan women and girls. The media campaign initiative is supported by UN Women Fiji Multi-Country Office, in conjunction with Australian Aid-funded psychosocial support work to affected areas.

Vaiangina, who works as a caregiver for the elderly and a disability programme, says she began clean-up and salvage efforts the very next day.

“I don’t have time to mope around and feel sorry for myself. I have ten children who depend on me.”

Lupe Tatola, a 67-year-old widow from Talasiu, Tonga, also suffered TC Gita’s destruction. Remembering what it was like to see her house the morning after the storm, she says, “All I saw was debris and the ocean.”

Yet, in the face of increasingly severe natural disasters, Tatola and many others like her show how Pacific women will persevere. Tatola says her main focus in the aftermath was to ensure that her grandchildren’s lives returned to normal as soon as possible. Stories shared in the aftermath of TC Gita demonstrate how many women, sometimes singlehandedly, take the lead in prioritizing recovery to support the more vulnerable groups in their family and community—the young and the elderly.

Twenty-eight-year-old Liliani Ngahe, an only child, also prioritized recovery efforts for a more vulnerable family member. After the home she and her 65-year-old father lived in was “smashed to the ground,” she took on the task of re-building. Ngahe got to work immediately, clearing debris, salvaging whatever little was left of their belongings and building a temporary shelter.

“I walked back to my aunty’s house satisfied that I lessened the work that my father would have to do.”

“Work is done and completed from the heart, not because of being a boy or a girl.”

“For one whole week after the cyclone, I spent every day fixing our house and slept the night at my aunt’s house.” 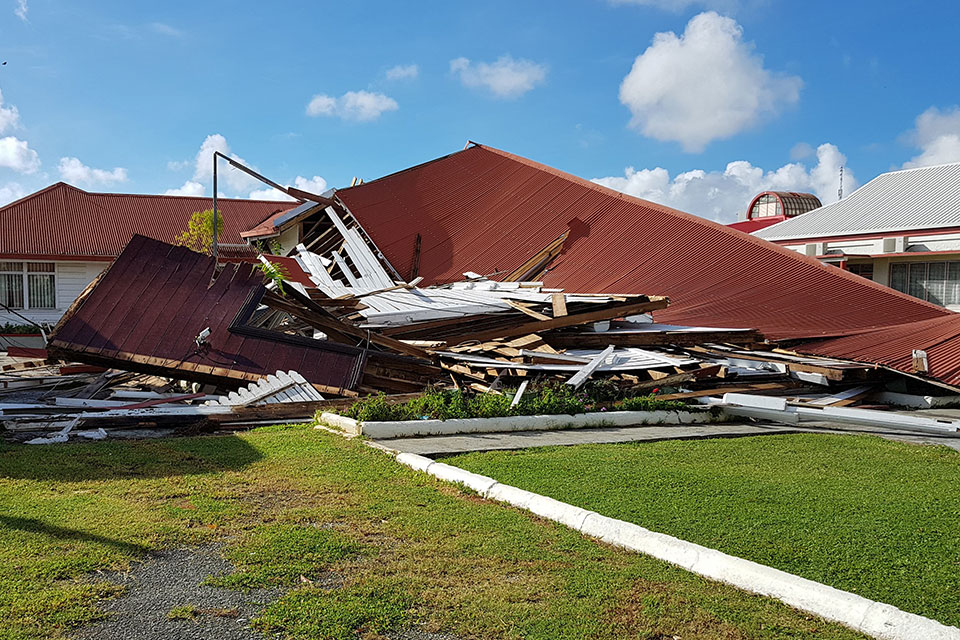 Much like Ngahe, Sesalina and Tatola’s families, communities in many regions across Tonga suffered significant housing and infrastructure damage during TC Gita, as well as damage to crops and major buildings; the Tonga Parliament House building was flattened by the cyclone. Initial assessments found 1,000 households on Tongatapu (5,700 individuals) sought shelter at 43 Evacuation Centres (schools, churches and village halls) on the night of the storm [1].

“When we arrived, we observed that women’s NGOs and the Women’s Affairs Division of the Ministry of Internal Affairs were out responding to the needs of the community, self-mobilizing and connecting with the private sector to secure resources. Our role was to provide technical support to the Ministry of Internal Affairs to identify where the gaps were and to support partners accordingly,” said UN Women Gender Specialist Naeemah Khan. Based on the initial assessment, the following key areas for support were identified:

Understanding how TC Gita affected livelihoods is key to any long-term recovery efforts. Upon request from the Ministry of Internal Affairs, members of UN Women team are back in Tonga this week to support a Lessons Learned Workshop with the Safety and Protection Cluster. 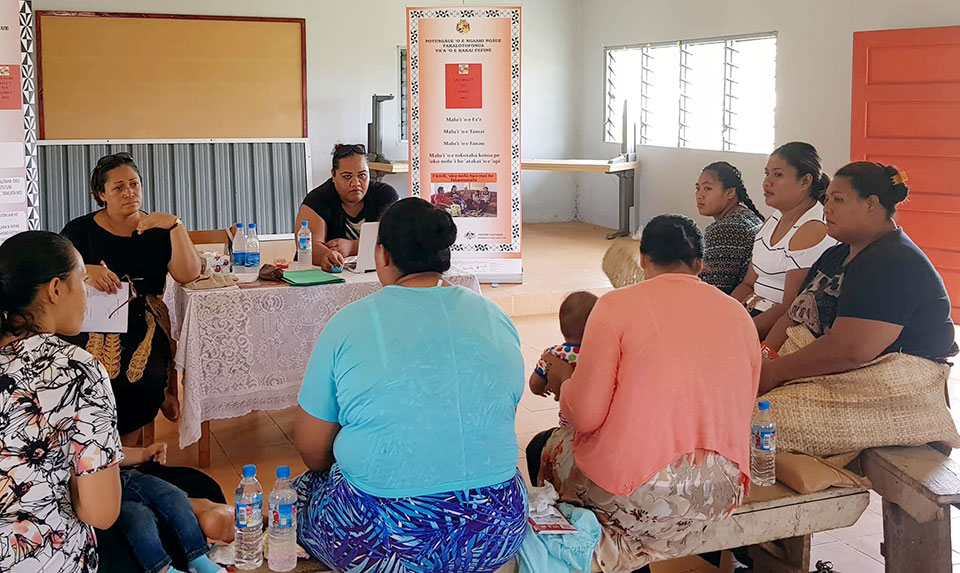 UN Women’s Mele Maualaivao, who travelled to ‘Eua to hold focus group discussions with women impacted by TC Gita explained: “More than 20 per cent of the households on ‘Eua are headed by females and more than 50 per cent rely on farming indigenous crops that they use to make handicrafts to sell. The discussions showed how well-informed the women were about farming techniques and crop maintenance, although farming is often believed to be “men’s work” and farming support in the aftermath of disasters often target male farmers.”

While ‘Eua shows similar patterns of structural damage as Nukualofa, speaking with women revealed additional challenges that may otherwise go unnoticed. “Levelled buildings are obvious, but the women of ‘Eua spoke of feeling unsafe at night with no lights and few trusted people around them, and they worried about how they would be able to make their handicrafts with no indigenous plants to use,” added Maualaivao.

“UN Women works with our partners to engage women and girls in humanitarian preparedness and response, as they are knowledgeable about their communities and environments, and are often first responders in times of crisis. Women and girls have shown time and again that they can lead in humanitarian action when given the opportunity,” said Rochelle Braaf, Programme Specialist with UN Women in Fiji.

The narratives and data gathered from women in TC-affected are informing the planning and implementation of the national response plan. 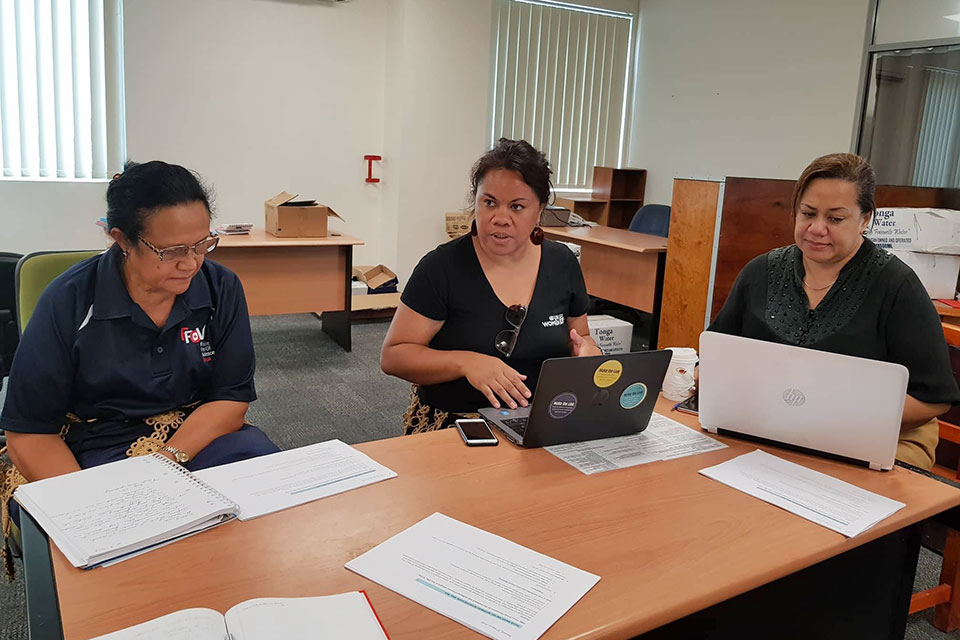 Related News
08/04/2022
Women spearhead climate change response in the South Pacific
10/06/2020
Across the Pacific, crisis centres respond to COVID-19 amid natural disasters
17/01/2017
Placing Pacific women at the forefront of disaster planning and response
16/02/2012
Rural Women in Viet Nam Train for a Rainy Day
15/08/2022
In focus: Women in Afghanistan one year after the Taliban takeover
END_OF_DOCUMENT_TOKEN_TO_BE_REPLACED