In South Africa, women call for #TotalShutdown of gender-based violence 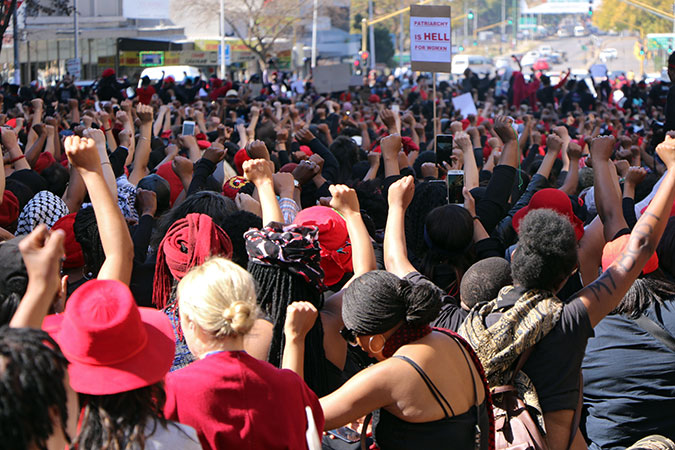 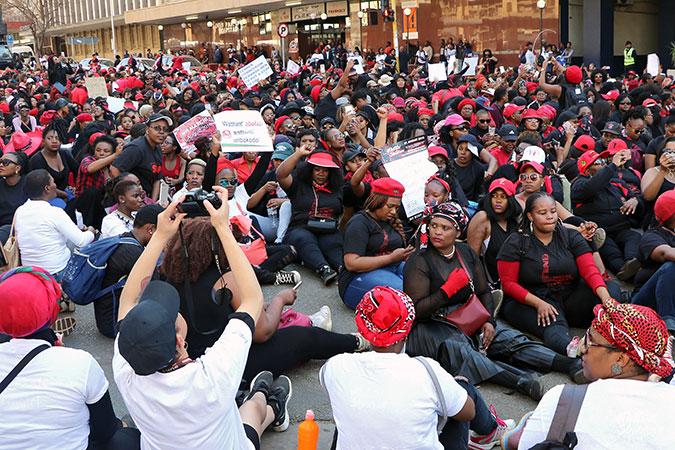 Women are proven agents of change. The #WomensMovement continues to drive national and global action on #genderequality by pushing for change and accountability. #TimeIsNow #WomensMonth #SDG5 https://t.co/nywYDW5cXA

The protestors, many of whom were survivors of violence, recalled their experiences and used the march to remember femicide victims such as 17-year-old Anene Booysen who was raped and brutally murdered in 2013, and Karabo Mokoena who was murdered and burnt by her boyfriend in 2017. Within the last week alone, the remains of a 6-year-old girl were found after being reported missing a few days earlier. Many of these crimes were committed by assailants known to the victims.

President Cyril Ramaphosa was handed a Memorandum of Understanding on the steps of the iconic Union Buildings in Tshwane, Pretoria yesterday evening where the organizers of the #TotalShutdown called for a gender summit convened and funded by government. “The 24 demands in our memorandum signify 24 years of democracy in which women and gender non-conforming people have been ignored,” said Gaopalelwe Phalaetsile a representative of the #TotalShutDown National Committee. Civil society organisations such as Sonke Gender Justice, Treatment Action Campaign, TEARS Foundation, Soul City Institute and Tshwaranang Legal Advocacy Centre joined the march.

The violence must end.

In South Africa, hundreds of women march to raise awareness of violence against women and children: https://t.co/ZD7AkdHYy3 v @CNN #TotalShutDown

Phalaetsile added that the march was intended to force the Government to address gender-based violence in the country and that women “are tired of just hearing the statement ‘enough is enough’ but with no action behind it. We have a plan of action and we can see that the government is struggling so it’s time we collaborate to stop femicide,” she said.

Themba Kalua, Deputy Representative for UN Women South Africa Multi-Country Office, shared plans by the UN Gender Theme Group, which is chaired by UN Women, to step up UN joint programming on ending gender-based violence. He also further called on all staff to play an active role in ending violence against women in South Africa including in ensuring that there is zero tolerance for sexual harassment in the UN in South Africa.