Improving gender data to make every woman and girl count 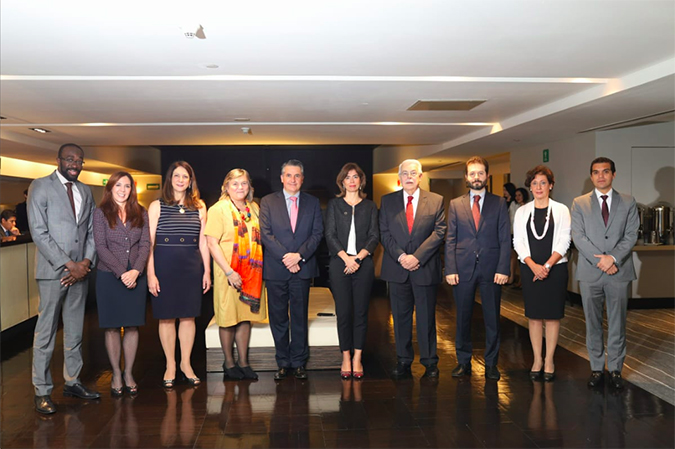 Participants in the the launch of the Global Centre of Excellence on Gender Statistics (CEGS) in Mexico City. Photo: UN Women/Dzilam Méndez

Only 13 per cent of countries in the world allocate budgets for gender statistics—data that can tell us about the lived experiences of women and men, and the differences in those experiences. Whether it’s education and employment or health and poverty—without gender-differentiated data, policy-makers are missing significant information about the state of women and girls, what’s working and what’s not.

The launch of the Global Centre of Excellence on Gender Statistics (CEGS) in Mexico City on 10 September marks one of many initiatives under UN Women’s global programme on gender statistics, “Making every woman and girl count.” Jointly coordinated by UN Women and Mexico’s National Institute of Statistics and Geography (INEGI), the Centre will lead research and innovation and collaborate with national statistical offices to generate and analyze gender statistics.

The Centre comes at a critical moment, as countries around the world, and in the Latin America region, are three years into the implementation of the Sustainable Development Goals (SDGs), which include gender equality as a stand-alone goal, as well as across all SDGs. Yet, we have only 26 per cent of the data needed to monitor gender equality in the 2030 agenda. 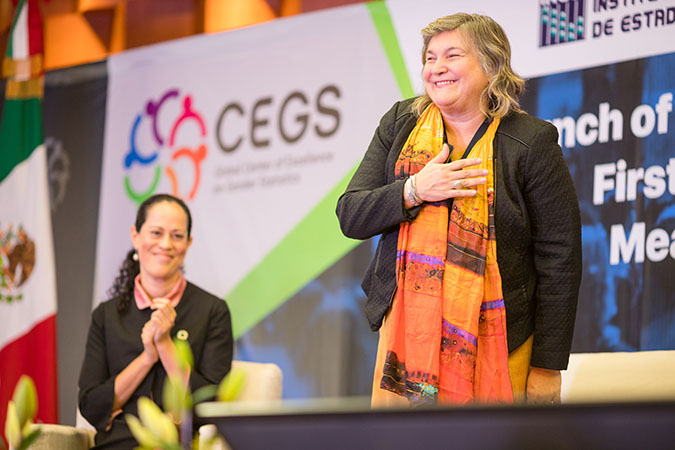 “For the first time, the importance of developing truly scientific work on statistics is being acknowledged for the design of public policies,” said María Noel Vaeza, Programme Director at UN Women, speaking at the launch event. “The Global Centre, along with the countries collaborating with us, the Government of Mexico City, and the United Nations, will say yes to gender statistics so that we can create a new reality for women and girls,” she added.

The Global Centre of Excellence on Gender Statistics will be an important resource for national statistical systems, building their capacity to gather and monitor quality gender data. According to Julio Santaella Castell, President of the Governance Board at the INEGI, the Centre “is born amidst a number of programmes raising awareness on the importance of having high-quality, relevant, timely and accurate gender data to inform public policy.”

In recent years, the Government of Mexico has become a global leader in gender statistics, particularly in innovative data collection methodologies. Without insight into the reality of how women and girls live, public policies, “failing to be gender-responsive, will perpetuate discrimination and inequality,” explained Ambassador Miguel Ruiz Cabañas, Undersecretary for Multilateral Affairs and Human Rights at the Secretariat of Foreign Affairs. 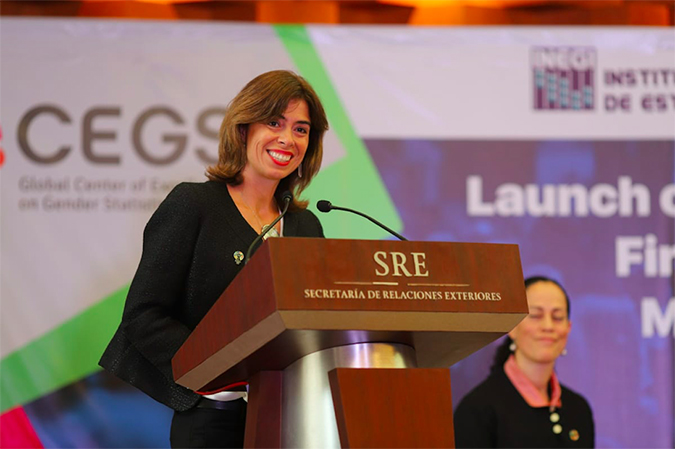 Belén Sanz Luque, Representative of UN Women in Mexico, speaks the the launch of the Global Centre of Excellence on Gender Statistics (CEGS) in Mexico City. Photo: UN Women/Dzilam Méndez

The launch of the Centre was followed by the first Global Conference on Gender Equality and the Measurement of Unpaid Care and Domestic Work. Despite being a target of SDG 5, unpaid care and domestic work is neither recognized as work nor valued, and tends to be heavily gendered. In fact, women do 2.6 times more unpaid care and domestic work than men. It is also an area that is unevenly measured, as many countries don’t systematically collect data on how women and men spend their time (time-use surveys).

The Global Centre of Excellence on Gender Statistics, a cutting-edge institution supported by UN Women and INEGI’s expertise, stands ready to fill gender data gaps on key issues such as unpaid care work and lead the way on innovations such as geospatial data for gender analysis in the coming years.