Preserving the balance between business and nature in Mexico 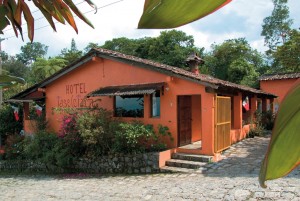 Hotel Taselotzin is a highly rated place to stay in tourist guidebooks and websites about Mexico. Yet, the road to get there has not been easy.

“The idea of opening a hotel came from the members of our organization Maseualsiuamej Mosenyolchicauani (Indigenous Women Acting Together). We started taking courses in accounting and anthropology, and workshops on how to serve customers. We now have 14 members and the hotel is 11 years old, says Juana Maria Nicolasa Chepe, the hotel manager.

In the warm and rainy Sierra Norte de Puebla, to the east of Mexico City, indigenous women have been leading many changes in their communities for years. Their culture, heritage and ancient wisdom serve as the foundation of their daily activities, and the members of the organizationMaseualsiuamej Mosenyolchicauani have used these traditions to build innovative projects that are income-generators, but built on the principles of sustainability.

UN Women supports indigenous women in advancing their rights by strengthening the institutional capacity of the National Commission for Development of Indigenous Peoples, through a partnership agreement signed in 2008 with the Mexican Government. The agreement places emphasis on the creation of public policies that empower indigenous women economically and politically. The agreement also aims to demonstrate the contribution of indigenous women to their communities and wider society in the spirit of Buen Vivir (Good Living), a holistic approach that includes their relationship to land, territory and the environment. 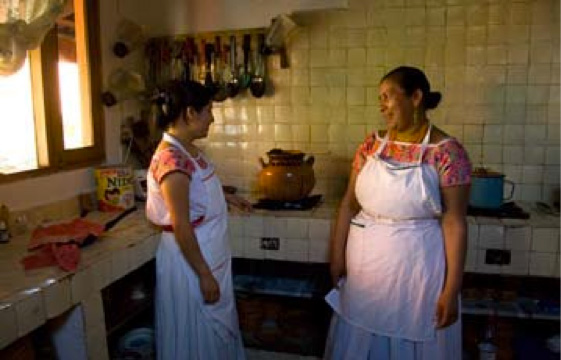 Hotel Taselotzin, run entirely by the members of the Maseualsiuamej Mosenyolchicauani, recycles the organic waste, has a collection system for rainwater harvesting, uses its composted organic matter to fertilize the garden, has dedicated green spaces to ensure clean air and prepares meals made with locally grown vegetables .

The architectural design of the hotel is discreet, maintaining a balance with nature. Hotel Taselotzin also empowers the community by generating employment for local families, and ensures profit-sharing among the members of the organization.

Offered as an additional service to visitors, natural medicine is another of the hotel's strengths. Sierra Norte de Puebla is a hub for medicinal plants with several communities of indigenous women cultivating and distributing herbs from the plants for a living.

Currently, most of the indigenous women and the organizations in this region use traditional medicine for everyday life. The practice is deeply rooted in their culture and they fight for its survival. “We feel we are in a very difficult struggle, but if we maintain our well-established cultural base, the benefits are good for everyone. Culture must be our strength, says Cecilia Avila Francisco from the Maseualsiuat Xochiltajkitni organization.

Using their traditional knowledge and culture, the indigenous women of Sierra Norte de Puebla are leading the way to sustainable economic development in their communities.