The future of a globalized economy is female 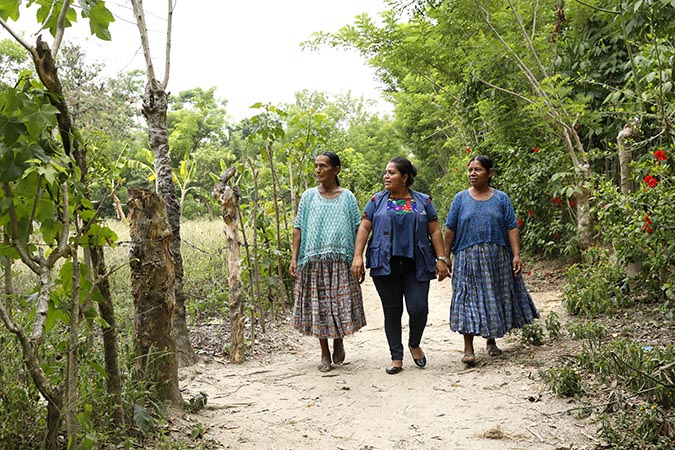 This week in Davos, Switzerland, the future of the world’s economies is the topic of discussion. From identifying solutions and determining strategies, there’s a lot of ground to cover.

Over the past several decades, rapid globalization has pushed economies to stretch wider, react faster and produce more than ever before. Immense growth and technological developments have expanded the reach of goods, information and services at unprecedented levels, and the livelihoods of millions around the world have consequently improved.

But the globalized economy has also dug deep trenches of inequality between men and women. Over 2.7 billion women around the world are legally restricted from having the same choice of jobs as men. Globally, women are paid 23 per cent less than men, and have less access to social protections like pensions, unemployment benefits or maternity protection.

If the future of our globalized economy is to bring equitable progress for all, investing in women’s economic empowerment is a must. As business and political leaders convene in Davos, Switzerland, for the annual World Economic Forum, here are the stories of five women entrepreneurs who are transforming their own lives and shaping better future for their families, communities and nations.

The house that Sarapo built 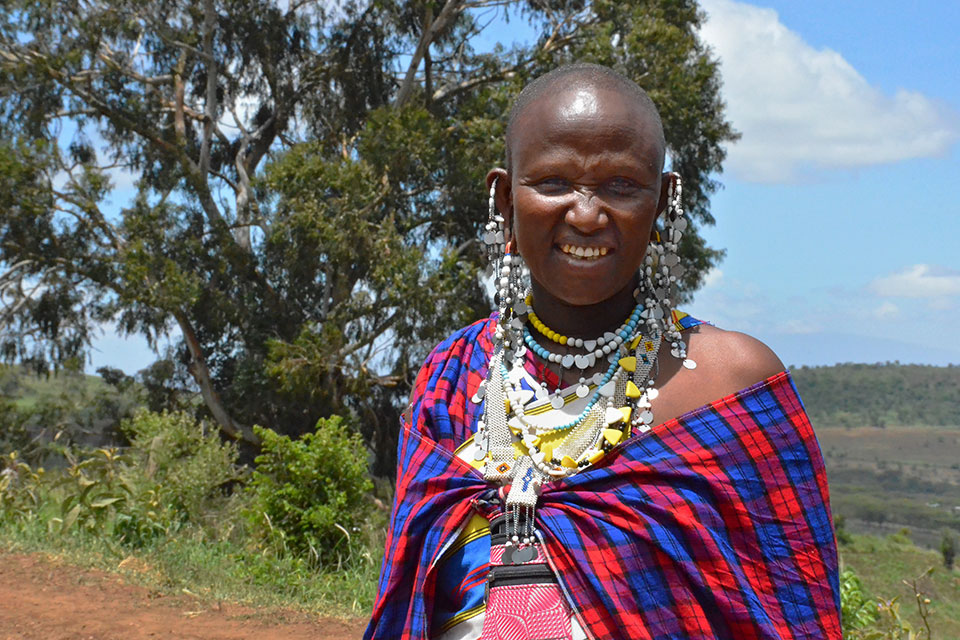 In the remote village of Ngoyapase in Northeastern Tanzania, Naidiso Sarapo, her children, and extended relatives live safely in a concrete house that protects them from nature’s elements. This is the same house that Sarapo built, or at least paid for, by running a small grocery store.

Widowed in 2014, Sarapo was left as the sole breadwinner for her large family. In search of means to sustain her loved ones, Sarapo took out a small business loan from a community bank, one of 56 banks which have enabled women to access credit and loans through the support of the Pastoral Women’s Council.

She invested the funds right away. She rented a shop and lined the shelves with rice, sugar, beans and oil, the sales of which supplemented her seasonal income from livestock. Saving scrupulously, Sarapo put away enough money to purchase a plot of land and build a house.

“Men in the village wonder how I manage to take care of my family without my husband and take the lead in a society where traditionally men have always made the decisions,” she says. “But I tell them if women are given the chance, they are just as capable of managing finances and providing for the family.”

A recipe for success 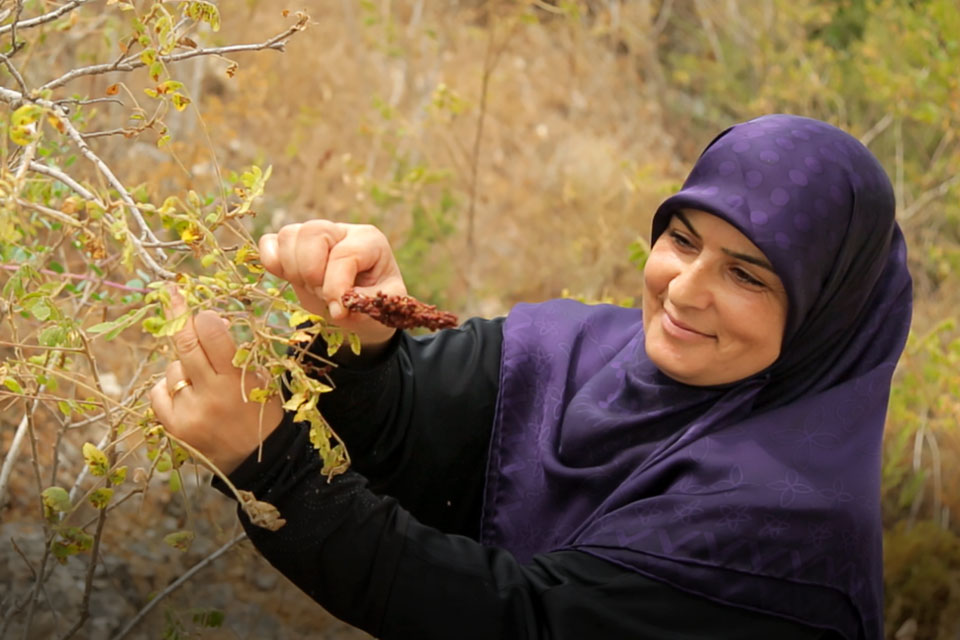 A spoonful of olive oil, a clove of garlic, ripe tomatoes and years of practice. Ibtissam Jaber knows how to make tomato paste from scratch like the back of her hand. She, like many women from her village in South Lebanon, grew up preparing foods with the local agricultural products for relatives and neighbors. Producing these goods from her home, Jaber earned only USD 200 per week. When a cooperative offering trainings for small-scale producers opened in her village, her friends urged her to join.

Although she faced some resistance from her husband who didn’t like the idea of her working outside the home, Jaber believed in the importance of contributing to the household’s income, and she knew the entrepreneur trainings could help her build her business. With some convincing, Jaber was finally able to receive the production technique and business skill training.

This year, for the first time, Jaber sold her products at ‘Ardi’, a well-known food exhibition in Beirut. “Every morning I woke up, sent my children to school, and then traveled to Beirut—like a true businesswoman! My products generated a total of USD 4000. Never in my life had I imagined I would earn so much money.”

Now that she is an earning member of the family, Jaber has more freedom and her status within her family has improved. She has her sights set high for future cooking innovations: watermelon jam. Get it while you can!

A new haircut, a fresh start 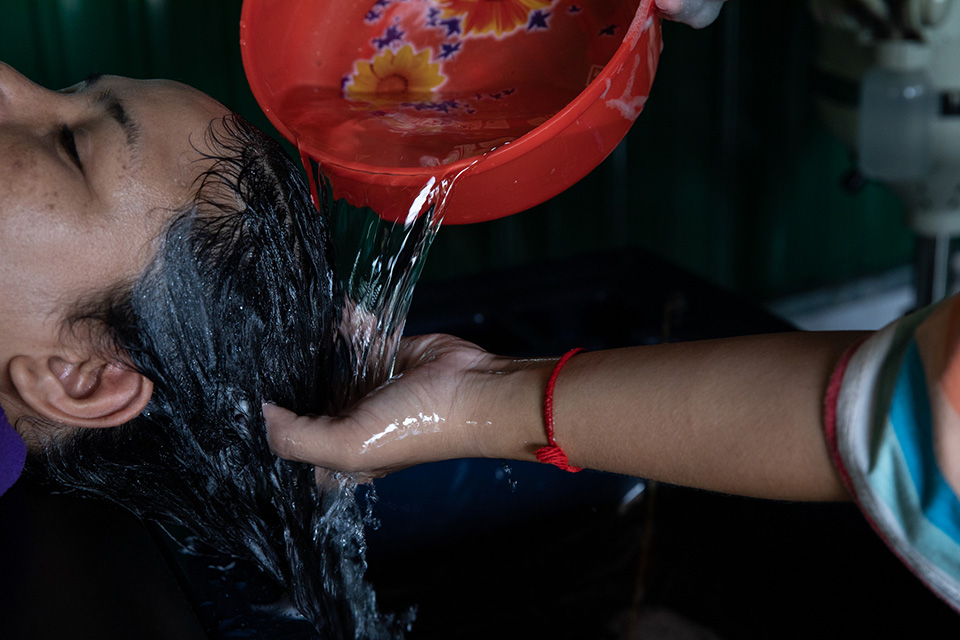 A women gets her hair washed at a salon in the Siem Reap province. Photo: UN Women/Stephanie Simcox

Kunthea smiles as she reaches for her rainbow-colored nail polish collection. It’s a normal day at work for her. She’ll wash, cut, and style hair, paint nails and give makeovers in the one-month-old salon that she opened in partnership with her friends Sokhanya and Chantrea, after completing skills training and receiving a small start-up grant.

Before their business venture, all three women worked in Siem Reap’s entertainment industry. “I worked all night at the karaoke bar. Clients touched and harassed us, but I did not want to leave because otherwise I had no other work,” Kunthea said.

In Cambodia, lack of jobs drives women and girls to move from rural areas to tourist destination cities. They are sometimes subjected to sex trafficking in brothels or transported outside of the country. More frequently, however, they are coerced or tricked into working in “indirect” sex establishments, such as massage parlors, karaoke bars and beer gardens, where local and foreign men pay tips for sexual services.

Now, with beauty and business skills training under their belts, the women are seeing a steady stream of customers at the salon, and their enthusiasm shines like their glitter: “I am very happy, and I see my future is bright now.”

Read the full story about the women’s journey to success.

Being the brave one 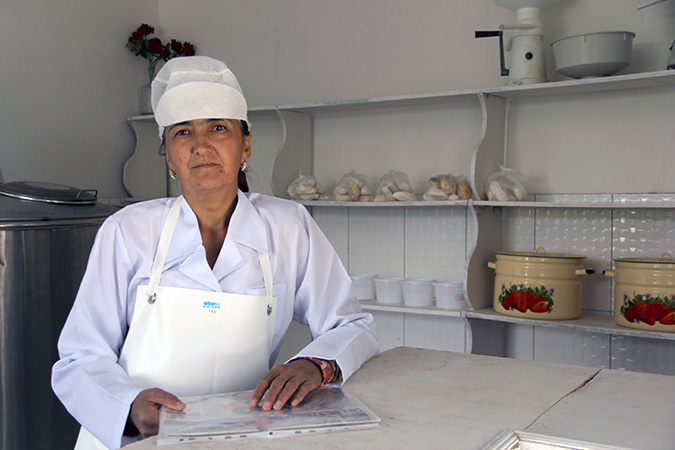 “I depended on my husband for everything. My life revolved around taking care of him and our four children, and working in the field. So the day he abandoned me in search of a better future abroad, I was left with no support.” Like many women in her village, Aisulu Jenalieva didn’t have a formal education, and field work alone wouldn’t bring enough income to provide for her children.

But Jenalieva knew she had a talent. She was skilled at producing traditional Tajik dairy products such as qurut, chakka and churgot. On her own, she lacked the resources to put her full skill set to use, but through a small grant project that also provided technical knowledge and business support, Jenalieva and several local women formed their district’s first dairy business. They named it “Azamat,” meaning “brave one.”

The company now employs 12 women, many of who have been abandoned by their husbands, and collects up to 900 liters of milk from nearby villages. The milk is made into a variety of dairy delights and then sold in Dushanbe, the capital.

Jenalieva’s entrepreneurship has expanded her world and the dreams she has for her children. In 2016, she travelled outside of her village for the first time to participate in a “Cheese Exchange” between Tajik and Swiss women. “Earlier, my only wish for my daughter had been that she gets a good husband, a good household, and a piece of land. Now, I want a good education for her.” 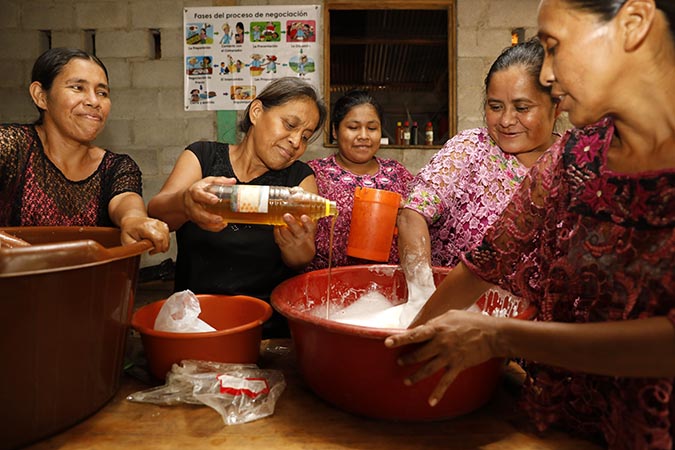 Women from Aldea Campur, in Alta Verapaz, market and package their own shampoo, earning extra income for themselves and for their families. Photo: UN Women/Ryan Brown

The women of Puente Viejo, a small indigenous community across the Polochic and Malazas rivers in the Polochic valley of Guatemala, are happy. For once, they have plenty of crops to feed themselves and their families, and they have saved more money than ever before from their organic shampoo sales.

The women are part of an empowerment programme that has taught more than 1,600 rural women to become economically self-reliant. “I joined this group because I saw the need in my household,” says 55-year-old Candelaria Pec. “With the assistance of the project, we have started growing crops, improved our living conditions.”

They also use locally grown crops to make a wide variety of shampoos: aloe, cacao, avocado and honey. They’ve learned to increase their batch size, they’ve expanded their markets, and they’re working with a marketing company to help brand and package the product.

As their venture has taken off, so has their economic independence. Carlotta Sam Pac, who leads the women’s group in Puente Viejo, shared that, “Our husbands now understand that we can also be managers of our own money. With our money, we can help our household economy. They know we are now aware of our economic rights and they don’t mistreat us anymore.”

For more information on the project, read the full story

Related News
11/10/2019
Growing women’s entrepreneurship in Bangladesh
19/08/2019
In Rwanda, weaving baskets and brighter futures
12/07/2019
From where I stand: “Equality between men and women…is a moral imperative”
09/07/2019
From where I stand: “My dream is to open the first baby photography studio in Palestine”
07/03/2019
The journey along the gender road in Cameroon
END_OF_DOCUMENT_TOKEN_TO_BE_REPLACED