From where I stand: “I want to get involved in decision making in my community”

Sella Esther Sowa, 42, grows and sells vegetables to support her four children, her nephews and her parents in Kenema in the Eastern Province, Sierra Leone. When a dispute over land rights erupted within Sowa’s family, she decided to take a stand. 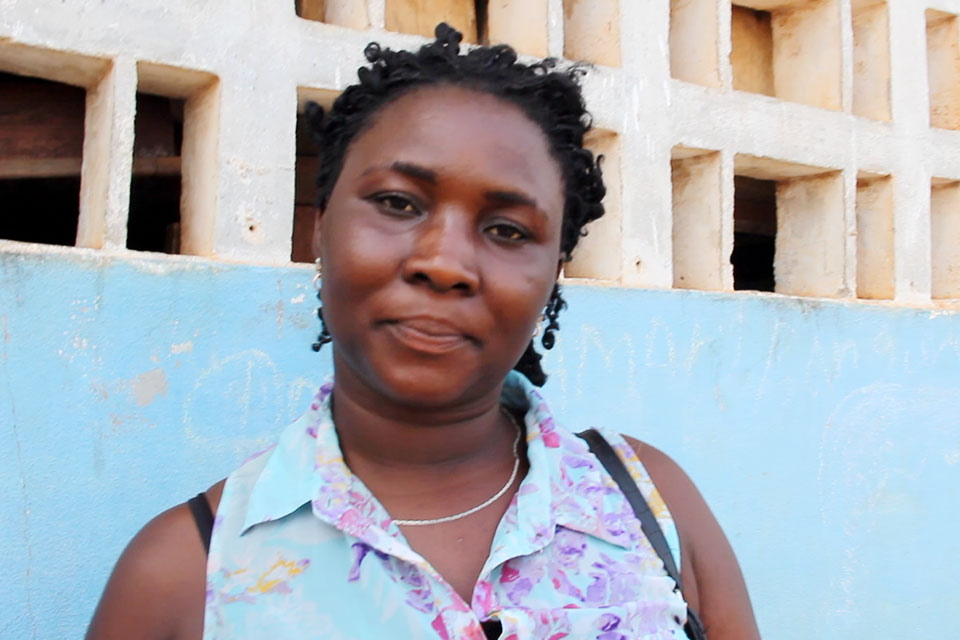 This family feud became a part of our daily life; threats and confrontations happened regularly. I knew I had to do something, but as a woman I thought I didn’t have a say about the land. Then one day, some boys attacked my brother Salieu’s house. They threw stones and smashed the windows. It was suspected that it was my younger brother who was responsible for the attack. My house was next to Salieu’s house, and the attackers ran away through my kitchen. I was terrified! We moved because we no longer felt safe in our own home.

I heard about a female peace ambassadors training being provided by UN Women and decided to join. The training gave us tools to resolve and mediate conflict within our communities.

It also highlighted the challenges that women face daily, such as the lack of security, decision-making power, discrimination and abuse of their rights, financial constraints and problems with the mandate to contest in elections representing our constituency. We learned how to overcome these challenges by increasing our own self-esteem, standing up against sexual harassment and being a role model to other women in the community.

For years I felt powerless. I stayed quiet and avoided issues that required mediation, but after the training I organized a family meeting where we talked about the distribution of the land. I feel proud to be a peace ambassador and I want to get involved in decision making in my community.”

Until recently, Sella Esther Sowa didn’t have a formal stake in the family’s land, and didn’t feel that she had a say in the land dispute. But using her newly acquired skills in peacebuilding and mediation provided by UN Women under the Peace Building Fund, in collaboration with the Ministry of Social Welfare Gender and Children Affairs, Sowa was able to assert her rights and claim her share of land where she is now growing cassava.

Related News
12/09/2019
From Tanzania to Algeria, rural women are taking charge of their lives and livelihoods
13/10/2016
Stepping out of the Boma: Maasai women of Tanzania take charge of their own lives and livelihood
09/01/2014
Liberian women prosper with newfound skills
23/04/2013
New Horizons: Ethiopian women join efforts to escape poverty
10/09/2019
In the Bolivian Amazon, women are protecting the forest and empowering themselves
END_OF_DOCUMENT_TOKEN_TO_BE_REPLACED