Ask an activist: What are the main challenges for LGBTI+ people in Jamaica and what solutions should be prioritized? 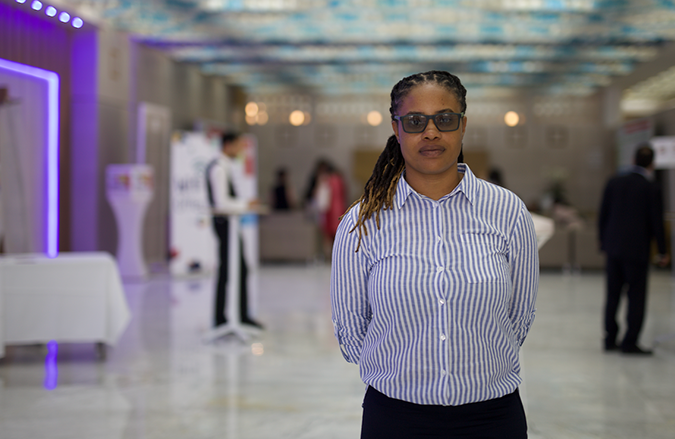 Nicolette Bryan is a Jamaican youth activist and Executive Director of WE-Change, an advocacy group supporting women in the LGBTI+ community. They run a support group for survivors of sexual violence each summer and participants sometimes opt to share their stories at events. Ms. Bryan is attending the Tunis Forum on Gender Equality, where she is emphasizing the importance of the Beijing Platform for Action in global women's rights and feminist advocacy, and the need for understanding existing gender inequalities in the local contexts.

The challenges in the LGBTI+ community are wide-ranging and far-reaching. This is compounded by their general invisibility and [lack of services for them] across sectors. Our [most-cited challenges] include: sexual violence, which ranges from threats and acts of corrective rape to street harassment; low involvement in social justice activism; lack of access to shelters for victims and survivors of domestic violence; homelessness, displacement and discrimination when attempting to rent or lease. [Also, there is] a lack of local data that is specific to LGBTI+ issues and needs.

Legal reform would go far in curbing much of the discrimination and hostility against the community and pave the way for much-needed social reform in Jamaica. Particularly, areas of law that deal with sexual violence need to be updated so that every person, regardless of gender identity, will be adequately accommodated and protected. Additionally, legal recognition of same-sex unions would aid in allowing LGBTI+ people in relationships to be granted the same rights as persons in heteronormative unions.

Women's rights have come a far way [since the 1995 Beijing Declaration] in many instances but have stagnated in some areas or made very little progress. In the Jamaican context, we are able to boast several successes ranging from high enrolment rates in universities and taking leadership of most middle-management positions. However, there are areas in which our response to women's rights and concerns are woefully lacking, particularly around sexual violence and intimate partner violence.

My message to people is to listen to the voices of women who share their stories without being dismissive.

Related News
17/08/2020
From where I stand: “Together, we are building peace and equal rights in our territories”
12/02/2020
I am Generation Equality: Pip Gardner, LGBTQI+ leader and activist
08/06/2018
In the words of Sandra Moran: “Being the first openly lesbian Congresswoman in Guatemala has been a big responsibility”
15/03/2012
Letters and words changing lives in Ecuador
26/06/2020
Advice from activists: Pride is a protest, and marginalized communities must be centre-stage
END_OF_DOCUMENT_TOKEN_TO_BE_REPLACED