Using AI in accessing justice for survivors of violence 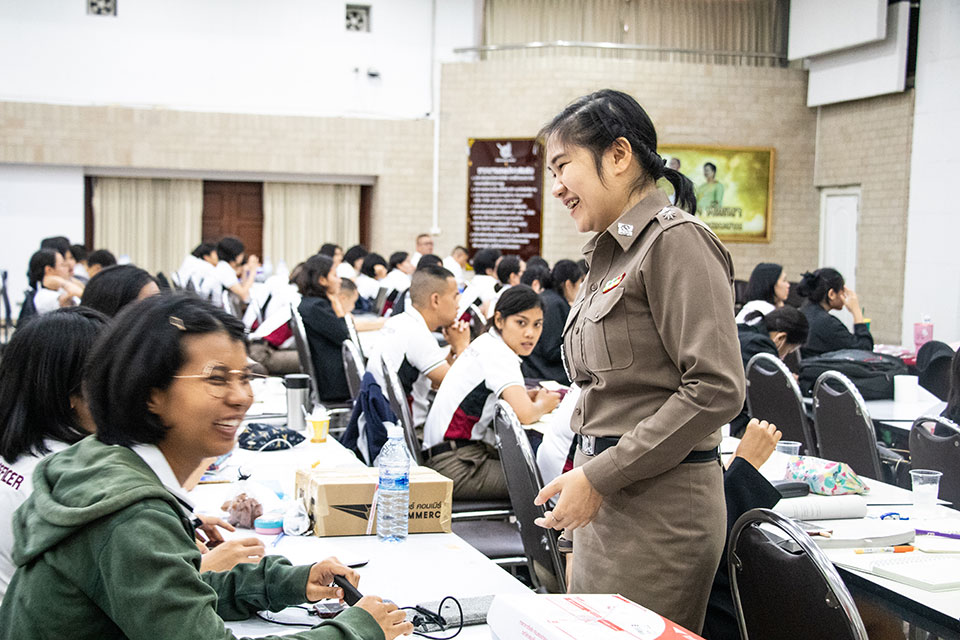 As a police officer for almost 12 years in Thailand, Police Lieutenant Colonel Peabrom Mekhiyanont has handled countless complaints of gender-based violence. She knows that many of these crimes never get reported, or cases don’t get followed through because survivors simply don’t get the information they need on how to report the crime or what options and support services exist.

“I saw a lot of challenges for women who wanted to report a case,” she says.

The prevalence of domestic and sexual violence against women in Thailand remains high—the Thailand Development Research Institute (TDRI) found that there could be as many as 30,000 rapes per year, with unreported incidents of rape as high as 87 per cent.

To provide much-needed information to survivors, Lieutenant Colonel Mekhiyanont turned to Artificial Intelligence, or AI, in short. Using this technology, she started developing a chat bot that would offer a “holistic approach to help victims from the beginning to the end” of the justice process.

The Sis Bot is a chat bot that can provide 24/7 information services for survivors of violence, accessible through their mobile device or a computer. A woman facing domestic violence can for instance, message the Sis Bot via Facebook Messenger and it will immediately respond with information about how to report to the police, how to preserve evidence, and what support services or compensation they are entitled to by law. In Thailand, according to the Promotion of Family Institution Development and Protection Act, the maximum penalty for committing an act of domestic violence is up to six months imprisonment or 60,000 baht (around 1,800 USD) fine or both. The court may also order the offender to pay additional money as reparations to the survivor. 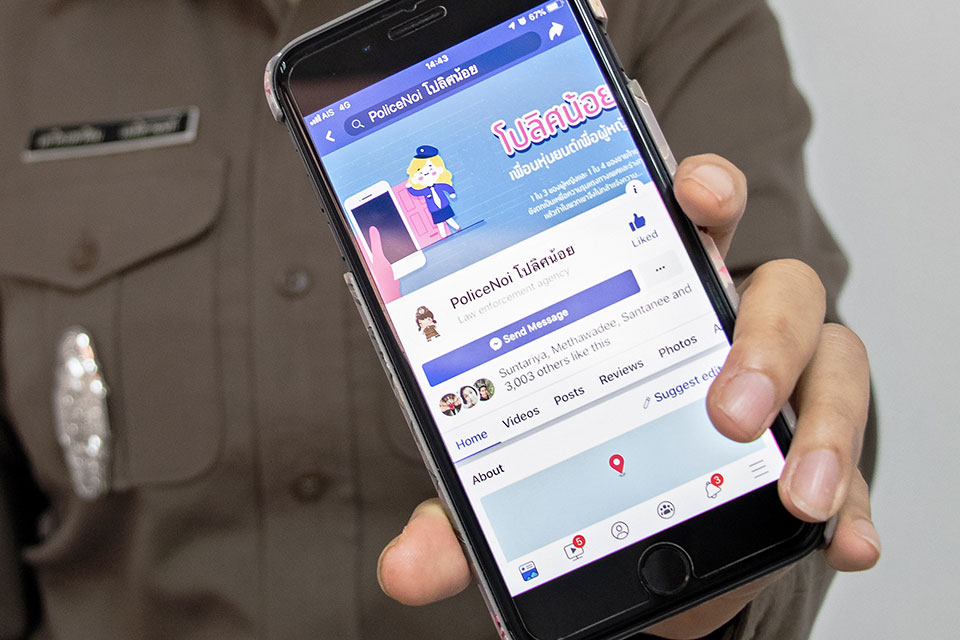 According to Mekhiyanont, many survivors of gender-based violence are not aware that they have access to shelters and counselling services. Furthermore, in her experience, not all women want to open a police investigation. By equipping survivors with all the facts about the legal process and Vipunjit Ketunuti, UN Women’s Country Programme Coordinator for Thailand and Lao PDR. assistance, Sis Bot is empowering them to make informed decisions.

Vipunjit Ketunuti, UN Women’s Country Programme Coordinator for Thailand and Lao PDR agrees: “The right of access to justice for women is a fundamental component of promoting human rights, gender equality, good governance, effective participation and the rule of law. Women’s empowerment in every aspect of their lives is reliant upon systems of law and justice that work for women. When women and girls wish to seek help and access to justice, they often do not know whom they should consult with and how.” The Sis Bot will bridge this information gap.

According to Wuttichai Phumsanguan, who works in the Provincial Court, the fear of being stigmatized and the feeling of shame stops survivors from seeking support.

“All women that survive sexual violence and sexual assault should have options,” to access information safely and confidentially, said Phumsanguan. The AI-powered chat bot helps women take the first step to seek information without the fear of stigma or judgment from a person.

The legal systems can be perceived by survivors as complicated and intimidating. By outlining the entire legal process from start to finish, Sis Bot demystifies the justice system and helps women understand what to expect when navigating the system.

It also has the capacity to assist police investigations. Police Colonel Paweena Ekkachart, the first women to be the police commander at Talad Plu Police Station, explains that survivors often unintentionally destroy evidence that could assist police in prosecuting the perpetrator. Sis Bot provides survivors with information on how they can best preserve evidence to assist the investigation.

Still in its development stages, Mekhinyanont envisages Sis Bot linking with other existing services to support survivors, such as shelters, counselling services and further legal support.

Mekhinyanont, who attended the launch of Thailand Institute of Justice’s gender-responsive justice systems research and workshop supported by UN Women in April this year, develops curriculum for future police investigators. With the training, she is equipping her students to use a more gender-responsive lens in their work.

She plans to use Sis Bot not only for survivors but also for her students, as a learning tool and a step-by-step guide on what advice they should be giving survivors of gender-based violence. She has started conversations with community leaders who are keen to use Sis Bot as a point of reference, to be able to support survivors in their community.

Police Lieutenant Colonel Peabrom Mekhiyanont will be attending the Women Deliver 2019 conference in Canada (3 – 6 June), where she hopes to engage with more partners to continue developing and improving Sis Bot.