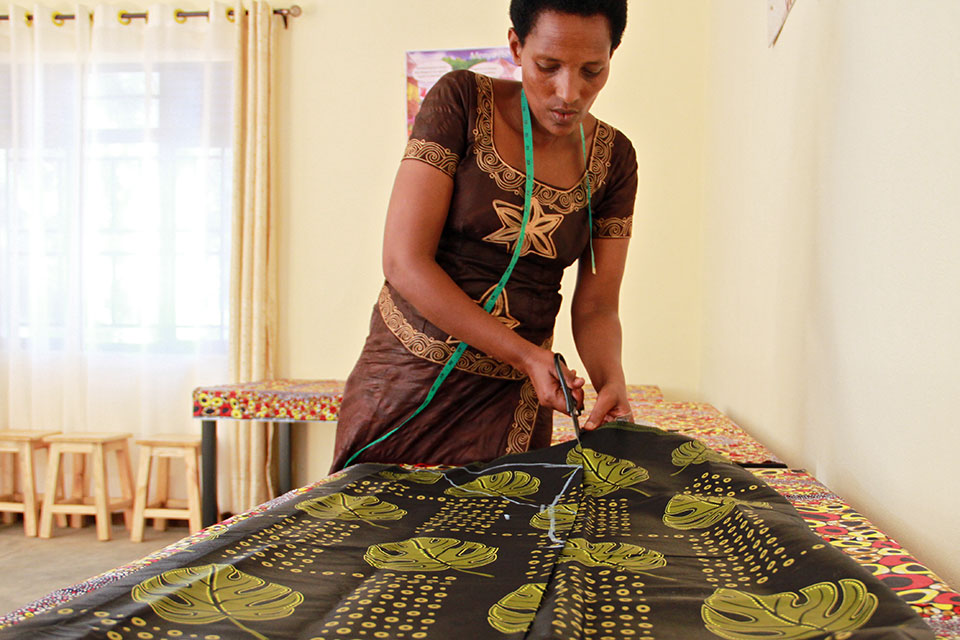 A women from from the Igisubizo Cooperative practices weaving and sewing in the newly built Women Opportunity Center in Kigeme Refugee Camp. Photo: UN Women/Novella Nikwigize

Angelique Tumaini was 27 and a lone-parent when she fled Congo in 2013, seeking safety and economic opportunities for herself and her 1-year-old son.

Tumaini, like many others, left her home country in the wake of political unrest. Many women and men caught in the middle of conflicts sought refuge in Rwanda. Many women with only their children in their arms, found a new home in the Kigeme Refugee Camp in the Southern Province of Rwanda. But a new home wasn’t enough, Tumaini and women like her needed employment options, as they became sole bread-winners for the family.

The Kigeme Refugee Camp, the second largest in Rwanda, is home to over 20,000 refugees, 61 per cent of whom are women. Research shows that working-age refugee women are less likely to be economically active, in comparison with both local women and refugee men, which increases vulnerability of women in the refugee camps, and particularly for female heads of households[1].

Striving to ensure their families’ livelihoods, many of the economic activities that refugee women undertake prove unstable and sometimes expose them to unexpected dangers such as sexual and gender-based violence. 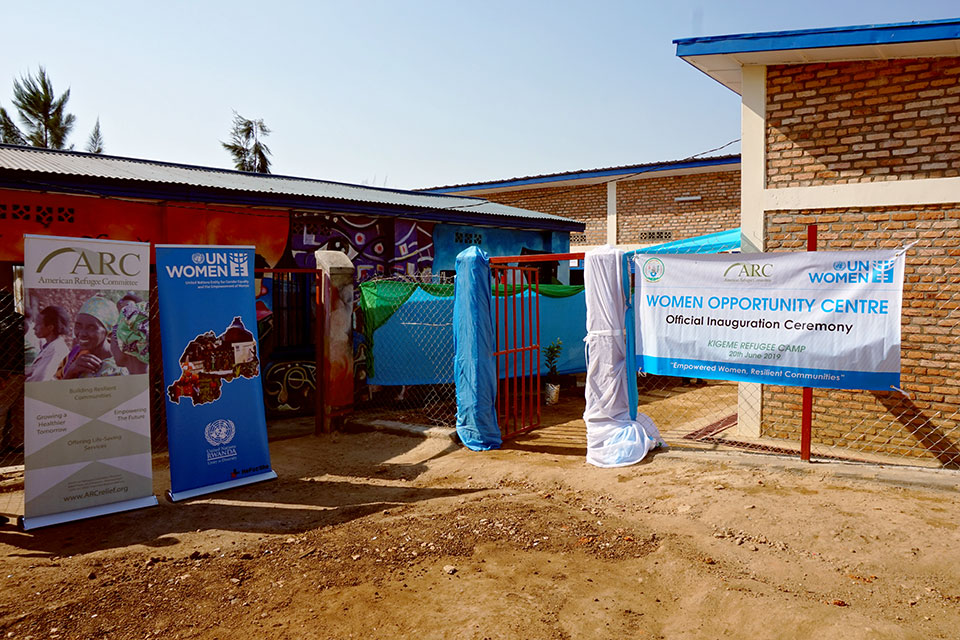 The Women Opportunity Center provides a conducive environment for women refugees to safely participate in trainings and income generating activities that contribute to their economic empowerment and well-being. Photo: UN Women/Novella Nikwigize

To support livelihoods of women in Kigeme Refugee Camp, UN Women funded the Women Opportunity Centre, supported by the Government of Sweden. The Centre provides women a safe space, trainings and a showroom for their products to improve their livelihoods at the camp and beyond. The Centre officially opened on World Refugee Day in June 2019.

“UN Women inaugurated a Women Opportunity Centre in Kigeme Refugee camp to follow up on the findings and recommendations of the 2017 gender needs assessment of refugee camps conducted together with the Government of Rwanda, the One UN family and all the humanitarian actors in Rwanda,” said UN Women Representative in Rwanda Fatou Lo. “The study found that women refugees needed further support for livelihoods, reduction of SGBV and participation in camp management”.

As part of the UN efforts in Rwanda, UN Women uses an integrated approach to support women refugees and works to empower women refugees to re-build their lives. TTrainings in weaving baskets and selling their products around the world, is one key way of doing this in collaboration with Indego Africa, a US based nonprofit social enterprise that supports women through economic empowerment and trainings as well as linking them to markets. 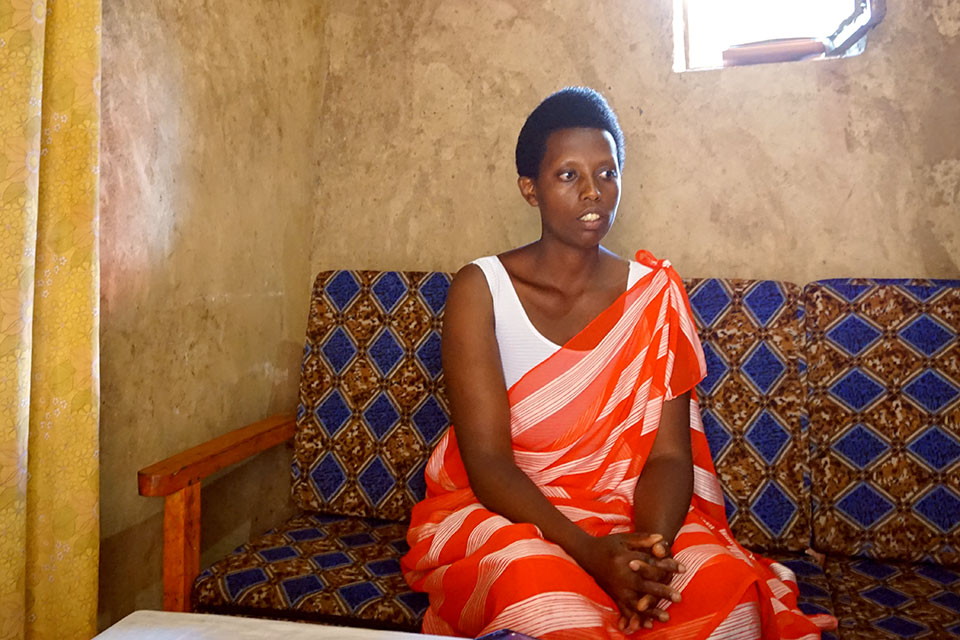 “When I started learning basket weaving, I didn’t even know how to hold the needle, but now I weave baskets that I am proud of, and since I am earning money and contributing to the expenses at home, my husband supports the work that I do here” said Nadine Umuhoza, 29.

Umuhoza is Secretary of the Igisubizo Cooperative and one of the 50 women refugees from the cooperative who has participated in the vocational trainings since December 2018. Before the Centre opened, the trainings took place in a rented room outside of the Camp, meaning many women had to travel long distances and leave early to take care of their children at home.

Initial results are promising. After only a few weeks fulfiling orders made by customers around the world, through Indego Africa, the Cooperative has already earned over 1,800,000 RWF (nearly 2,000 USD) in profit, with more expected as they start the last module of the training.

Yves Nshimiyimana, trainer from Indego Africa explained that despite the many initial challenges, the women have come a long way in many areas, towards a brighter future.

“The key achievement of the Project thanks to UN Women funding, is the financial independence it has given the women refugees,” said Nshiyimana. “The trainings covered basket weaving, business and cooperative management and how to approach financial institutions as well as mindsets change. When we were starting some women couldn’t read nor write, and couldn’t speak in public. Few months down the line, these women have changed and acquired critical skills that they will use even after they leave the camp.” 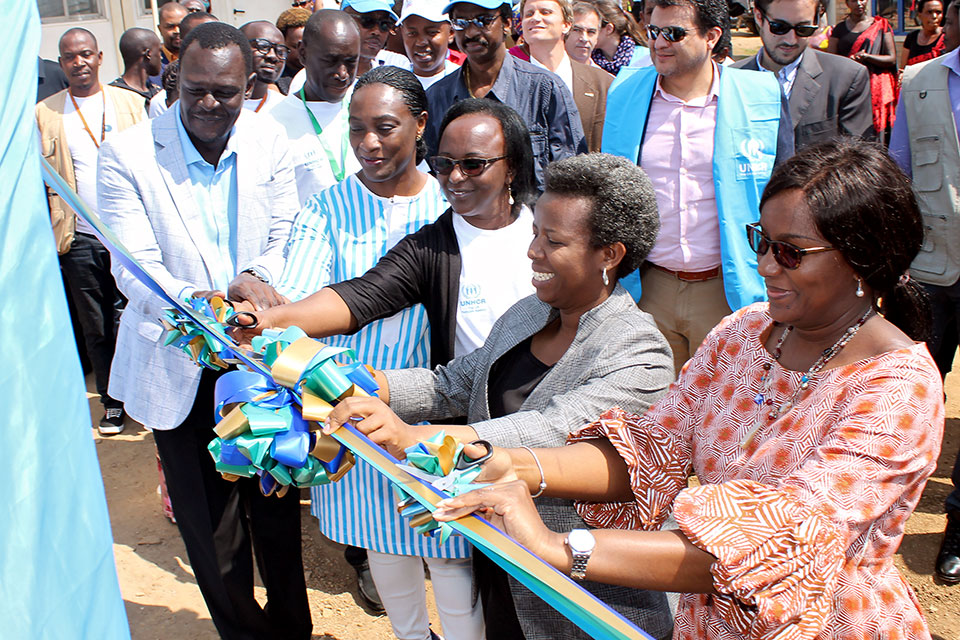 Sustainable models to make the cooperative economically secure is being explored for the futire. The Women in Igisubizo Cooperative are also ready to become trainers, and train other women and girls in Kigeme refugee camp, meaning a larger population of women refugees in the camp will gain critical income-generating skills.