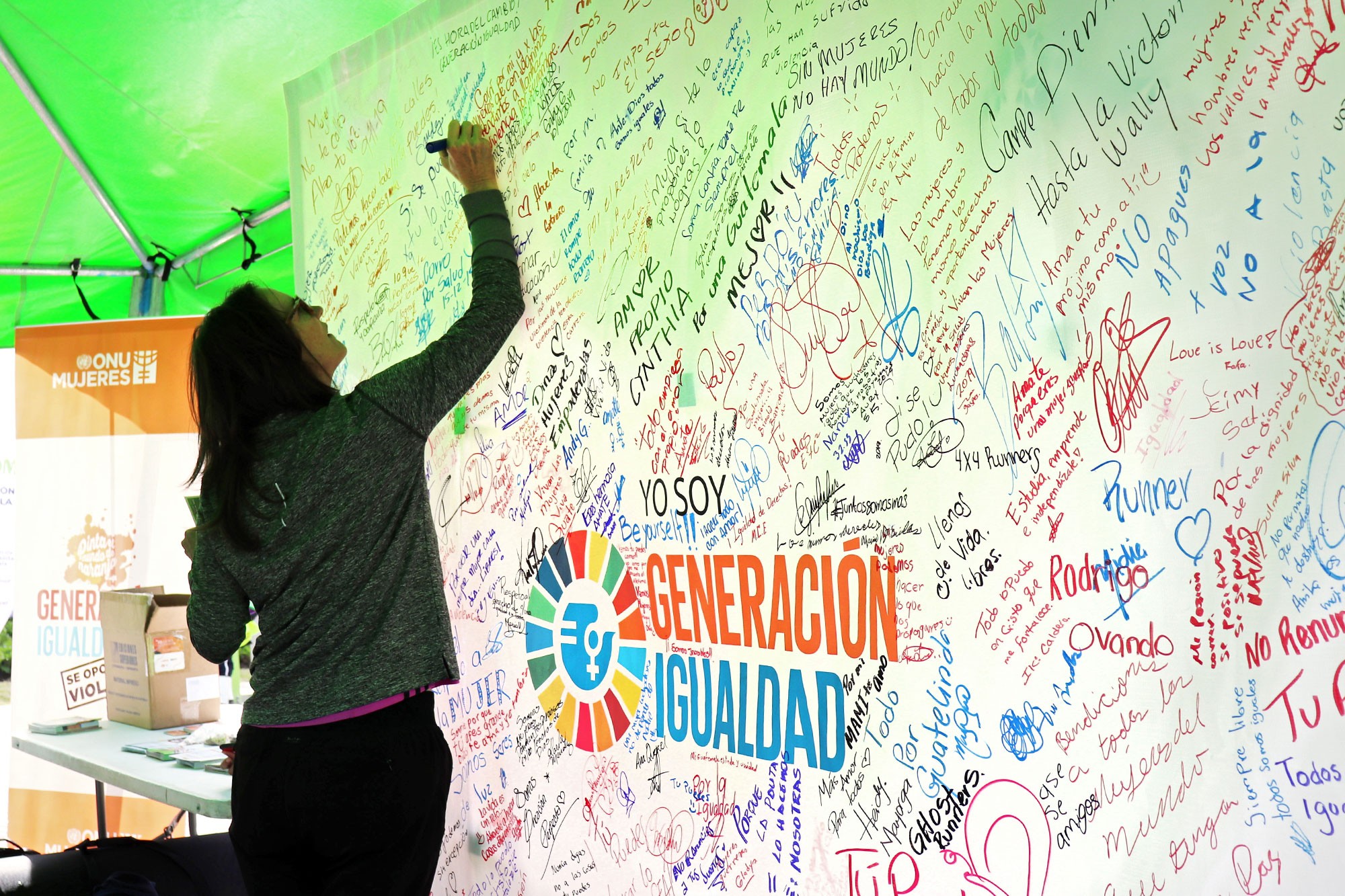 Women in Guatemala City took part in a 5-kilometer race organized by the Municipality of Guatemala City. With support from UN Women, the initiative was part of the Generation Equality Campaign, and sought to involve runners and their families, from all ages, in a call to promote safe spaces and an end to violence against all women and girls. Photo: UN Women/Luis Barrueto

The headline of a recent article in The Guardian promised, “women’s rights to take centre stage in 2020”.

What will it take to make that promise a reality?

Why 2020 matters for gender equality

2020 is a milestone year for gender equality for many reasons. It marks the 25th anniversary of the Beijing Declaration and Platform for Action, the most progressive blueprint on women’s rights, unanimously adopted by 189 countries at the Fourth World Conference on Women held in Beijing, China. It would be five years since the adoption of the Sustainable Development Goals, the 20th anniversary of UN Security Council resolution 1325 on women, peace and security, and a decade since UN Women was established.

The Beijing Platform for Action of 1995 identified 12 actionable areas that remain relevant and urgent today, such as, ending violence against women, securing girls’ rights, equal pay for work of equal value, women’s participation in decision-making, and climate action.

The world has made many strides since then, but we have fallen short of achieving full equality between men and women. The backlash against the hard-won gains is strong and new challenges have emerged.

Three quarters of countries worldwide have laws on domestic violence now, yet 137 women across the world are killed by a member of their own family every day; 1 in 10 women in the European Union report having experienced cyber-harassment since the age of 15.

More women and girls can access education, but the gender gap in labour force participation has stagnated. Unpaid care and domestic work is largely shouldered by women everywhere, often at the cost of their career growth and economic participation. And while global poverty has declined, it remains highly feminized: women aged 25–34 are 25 per cent more likely than men to live in extreme poverty.

The Global Gender Gap Report of 2020 estimates that it could take us 99.5 years to achieve gender parity.

But it doesn’t have to be this way. The Report also signals actionable areas that can advance gender equality, for instance: upping women’s political representation, providing affordable care infrastructure and enabling equitable sharing of domestic and care work, and teaching young women and girls skills that they need to succeed in future jobs.

At UN Women, we are thinking seriously about our New Year’s Resolutions, because in 2020 we are standing at the brink of a generational opportunity. And the game-changer in the race towards gender equality is you.

When each of us decides that gender equality is good for all of us, we will make leaps and strides to get there.

Can we, for example, resolve to share care responsibilities at home?

Can we mentor women and girls to rise in their careers?

Can we promise not to participate in or condone sexist language and comments that normalize rape culture? Will we protest against injustice when we witness it?

Can we teach our children to be inclusive and discuss what gender equality means?

Can we read one feminist book every month to better understand the diverse experiences of women around the world? Here’s rel="noopener noreferrer" a list of just 12 feminist books everyone should read!

We asked our social media followers what their gender equality resolutions are for 2020, and here are some highlights that inspired us. 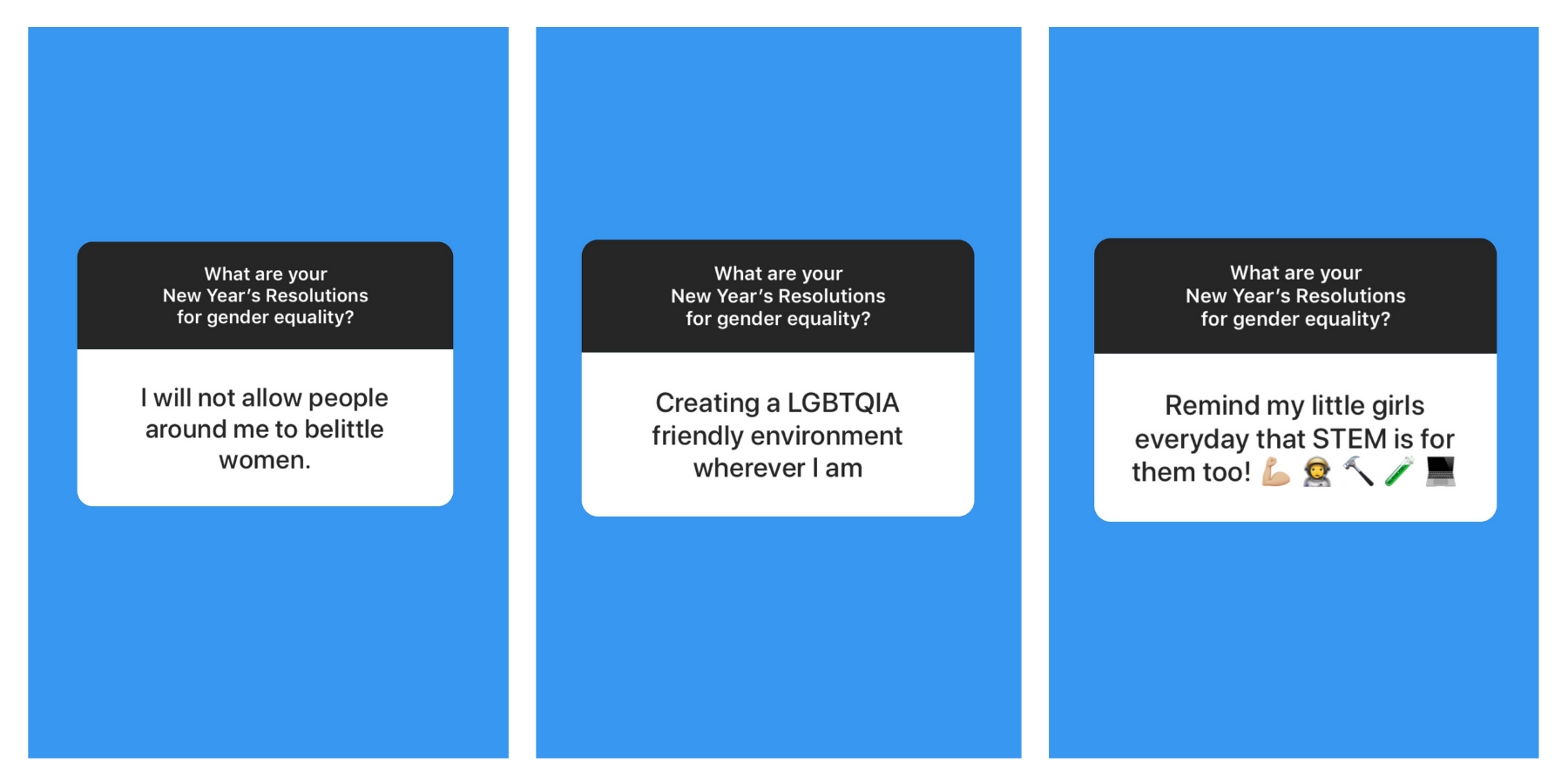 I will continue to educate myself about these important issues so I can find ways to help.

Make sure my granddaughter beleives and is proved that #girlscandoanything 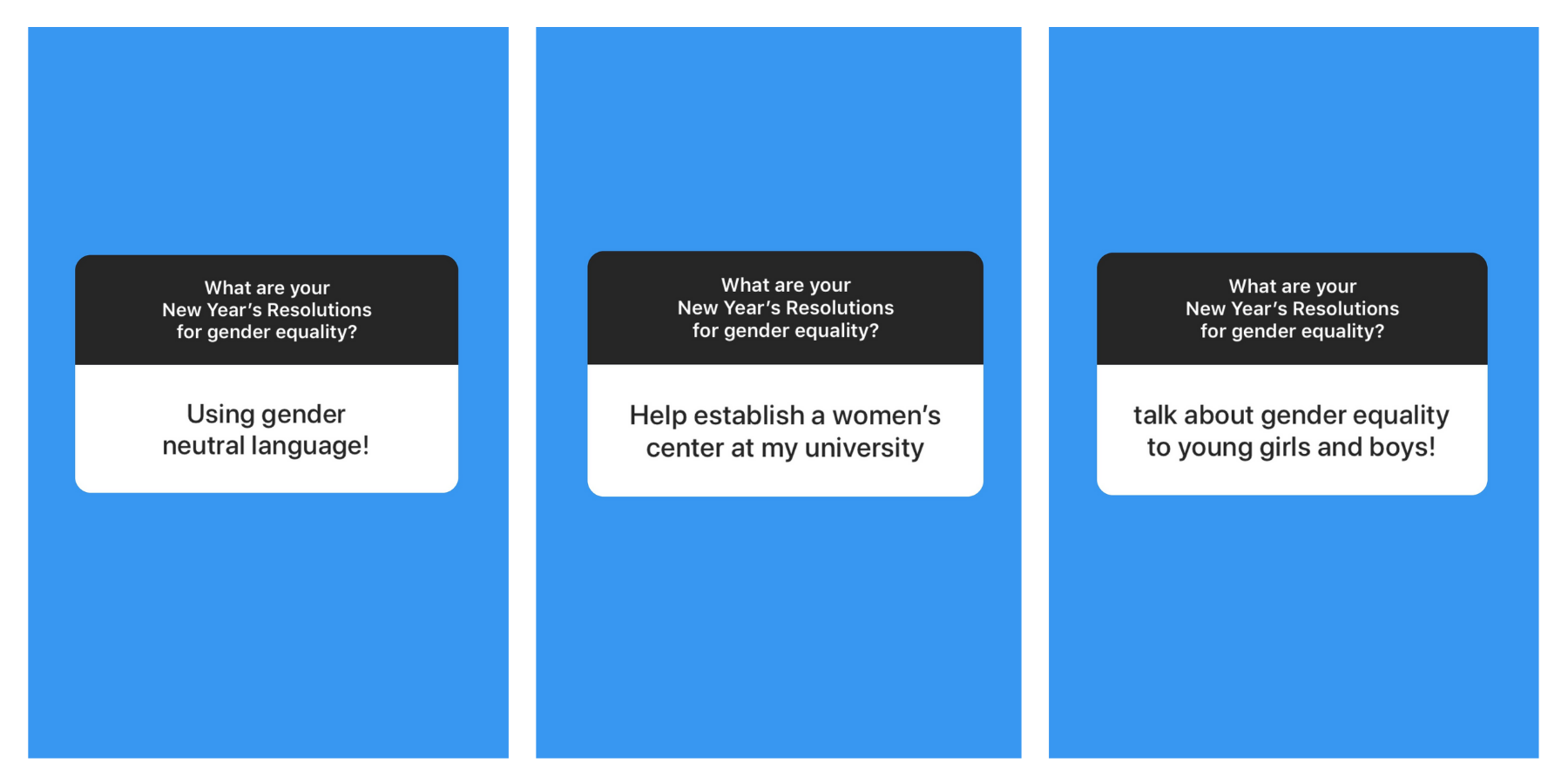 Tell us about your 2020 gender equality resolutions using #GenerationEquality all through January!

Stay tuned for more information on how to join  the Generation Equality Forum happening in May and July, in Mexico and France.