Ana Šaćipović is a social worker from Serbia who advocates for the rights of Roma women, fighting prejudice and discrimination. In 2005, she founded the Osvit (Dawn) Roma Association, an NGO which supports and promotes women's interests throughout the community and beyond.

For the 25th anniversary of the Beijing Declaration and Platform for Action, UN Women Europe and Central Asia asked 25 women to probe still hidden issues and share inspiring ideas on getting transformation going, for good. 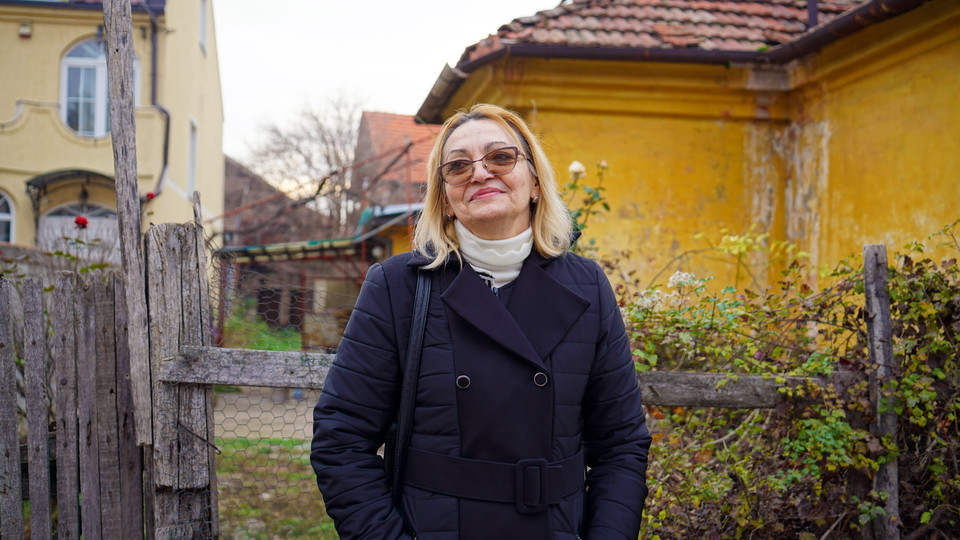 Ana Šaćipović, 63, is from Niš, the third largest city in Serbia’s south. She was one of five kids growing up in a Roma family. The family lived away from the major Roma neighborhood in a smaller town outside of the city. Ana went to school with Serbian kids. That’s why she was unaware of the prejudice that dogged most Roma children.

Ana recalls how she was equally accepted by the Serbian community, with whom she spent most of the weekdays, and by the Roma community, where her grandparents lived and whom she visited every weekend.

The Šaćipović kids grew up between the two worlds. Ana says that her parents insisted that all five children attended school and strive for their best results.

“They did not demand great success from us, but when you have the support of your parents, you try your best to do well in your life, in your work,” Ana says.

When you have the support of your parents, you try your best to do well in your life.”

The Šaćipović family is respected in both communities. The children were taught that people should be appreciated for their work, have respect for their elders and moral values. With these attitudes, the family built good relationships with both Roma and Serbian people.

Ana says she was the only Roma girl who enrolled in high school, but until she graduated she never experienced any discrimination based on her ethnicity.

This changed when she came to Niš to study. 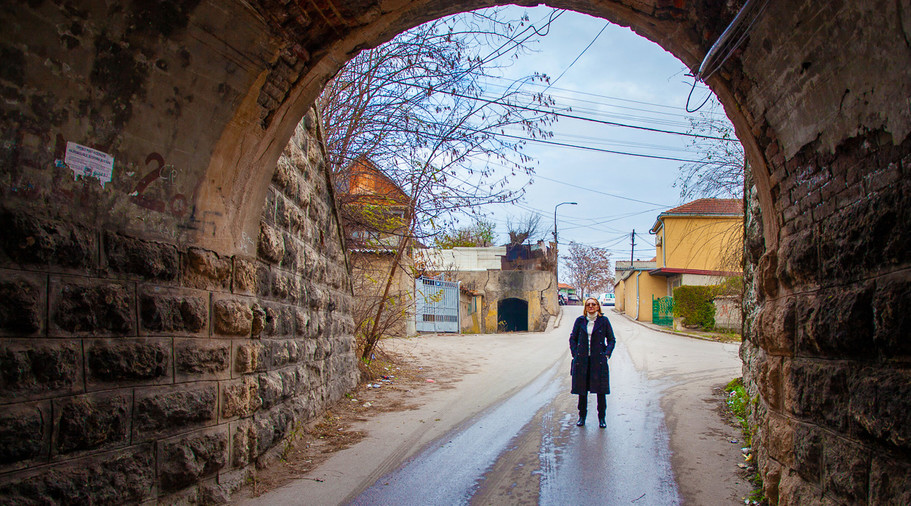 “The first time I encountered discrimination was here in Niš. It was strange. To me, people could be good or bad, lazy or hardworking, friends or those I knew in passing, but there was no nationality, no skin color, no religion, we’re all just humans,” Ana recalls.

From that moment, Ana decided that she would fight against this kind of discrimination.

From journalist to NGO founder

Ana started her career as a journalist. She interviewed Nevena Petrušić, the architect behind Niš’ first SOS Help Line for women survivors of violence, and later, the Faculty of Law Dean, as well as the Serbian Government’s Commissioner for Gender Equality. Nevena became Ana’s inspiration and a guiding mentor for promoting Roma rights.

In those days, Serbia had no educated journalists in the Roma community, and Ana promoted Roma people’s voices, to preserve their language, making it heard.

Roma people had no written documents about themselves, about their history. Ana wanted to make a contribution in the field of Roma culture, language and traditions. However, journalism was not enough for her.

Through her education, she climbed the social ladder, rubbing shoulders with academics and public figures, but she kept encountering discrimination against the Roma community.

“They always said, ‘Sorry, Ana, this is not about you!’” Ana says sadly. “It was really hurtful every time! How can it not be about me, if my whole family is Romani?”

That is why she set out to fight for the inclusion and respect of the Roma community. She founded an NGO, because she thought it was the most effective way for her activism to have an impact.

The Osvit (Dawn) Roma Association was founded in 2005. She called it ‘Dawn’ because she wanted the name to resonate with a better future - the dawn, the birth of the sun, the light of a new day.

Above all, we work on prevention of domestic violence,” says Ana, “but we’re also working on promoting the importance of education, economic empowerment, women's economic independence.” 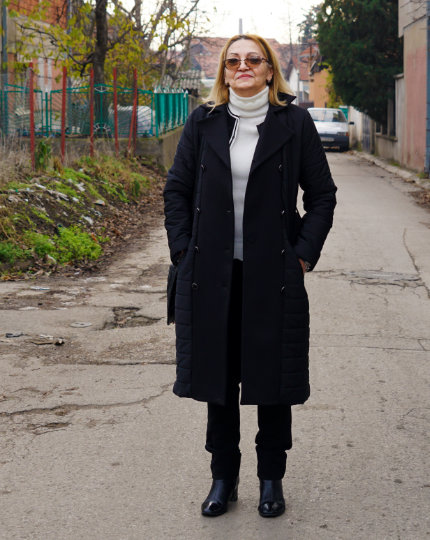 They started as a Roma women's organization, aiming to address the problems of marginalized girls and women. They deal with all kinds of issues – from domestic violence to early and forced marriages. There is a 24/7 SOS toll free helpline in Romani for women who are in situations of violence, for which the organization received the European Union Award in 2019.

Consequently, Ana’s organization moved forward to protect not only Roma women, but all women in the area who needed help. Osvit supports women and girls with psychological counseling, legal assistance and supervisory work. Ana said they did not want to differentiate between women of two ethnicities. Now, they have five Romani and five Serbian employees, working in both languages. Since opening 14 years ago, they have answered about 7,000 calls, of which around 2,500 were in Romani.

According to official statistics, there are 145,000 Roma people in Serbia, although unofficial data suggests the number ranges from 450,000 to 600,000, with 51 per cent being women.

In 2016-2017 the Osvit Roma Association implemented a project supported by EU Progress, entitled “Prevention of Early Childhood Marriages in the Municipality of Aleksinac,” a municipality located in the Nišava District of southern Serbia. Although Serbian laws prohibit the practice of underage marriage, it still persists in the Roma community because of economic and cultural reasons. Through the project, Osvit has almost eradicated the practice.

Ana regularly goes to the city's green market where a large number of Roma women sell a variety of things.

“They come to me to say hello, ask how my family is. And, while we're talking about these everyday women's stories, they whisper that they have problems with domestic violence and ask for help, as they can’t come to the office or call me. It doesn't happen every day that 10 women approach me, but they also use it as an opportunity to contact and communicate with me and the organization.”

And while shopping for groceries, Ana tells these women how they can access social, financial assistance, or other benefits at the Center for Social Work. She also gives them the phone number for marital counseling and the violence team.

“I tell them what the legal regulations are, that they can report to the police anonymously, that it’s sufficient to give only the address where the violence happens - the basic information on where, what, how they can get help – right there at the market.”

The message that Ana would send to young Roma women, and women in general, is that education and economic independence are among their fundamental rights and that they should not give up exercising these rights at any cost. Only in this way can they protect themselves, be equal to men and also economically stable, and thus be able to fulfill all their goals in life.

And the Osvit Roma Association will keep shining its light for young girls and women to get out of the darkness into a brighter future.

Related News
09/07/2021
I am Generation Equality: Mete Belovacıklı, advocate for gender equality in media
05/10/2020
Press release: 25 years after a landmark global agreement, the numbers still don’t add up for women in Europe and Central Asia
23/06/2020
Gulbahor Majidova: Overcoming loss with a determination to help others in Tajikistan
20/04/2020
Take five: “After this pandemic, we will have to work much harder than before to improve Roma women’s lives”
26/02/2020
Anastasiia Yeva Domani: How a transgender woman in Ukraine fought for her rights and discovered the activist within her
END_OF_DOCUMENT_TOKEN_TO_BE_REPLACED