Gulbahor Majidova: Overcoming loss with a determination to help others in Tajikistan

Gulbahor Majidova’s life has been full of losses. But she has not let that deter her from becoming an activist in her community and a leader in advancing the reform of the civil registration system in Tajikistan. 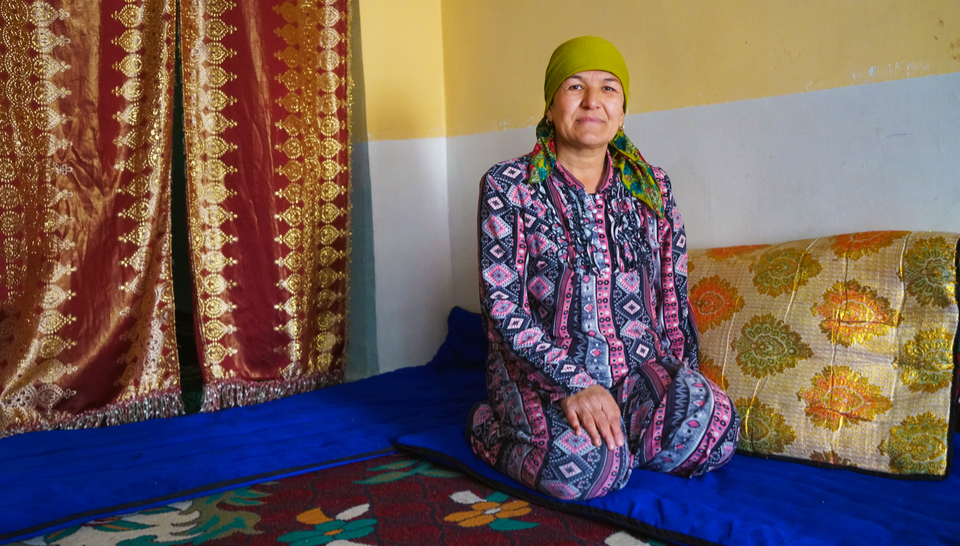 Gulbahor Majidova, an activist and a leader in advancing the reform of the civil registration system in Tajikistan. Credit: UN Women/ Daria Komleva

Gulbahor Majidova was born in the spring, so her parents chose a name that means “spring flower”. Not long after she finished high school, she married and eventually got a job producing cotton at a plant in the Vakhsh district, 100 kilometers south of the capital of Tajikistan.

“I operated the most complex machine on a belt conveyor and had to work very fast,” she recalls. “We called the machine Gin. It had seven buttons. One had to press them to stop the machine and pull out the cotton and then turn it back on.”

One day, she forgot to hit one of the buttons. And when she reached to pull the cotton out, one of the knives on the conveyor sprang to life, severing her left hand.

It was a loss that compounded the difficulties she was already facing. Her husband had already died early, leaving her to raise three children alone. After she lost her hand, her job was soon gone as well—and her home, which was tied to her employment.

“Many people helped to cope with my grief; my neighbours, doctors, colleagues and relatives,” Gulbahor recalls. Her son took the responsibility of providing for the family and Gulbahor took care of her grandchildren.

Once past her initial fear and desperation, she enrolled in a community leadership training programme in her hometown Bokhtar, quickly emerging as a diligent student. UN Women and UNDP conducted the training, with support from the Swiss Agency for Development and Cooperation, as part of Tajikistan’s reform of its civil registration system.