Anastasiia Yeva Domani: How a transgender woman in Ukraine fought for her rights and discovered the activist within her

Anastasiia Yeva Domani’s story is part of a new web series, “25 Women”, produced by UN Women Europe and Central Asia, as part of the Generation Equality campaign, marking the 25th anniversary of the Beijing Declaration and Platform for Action. 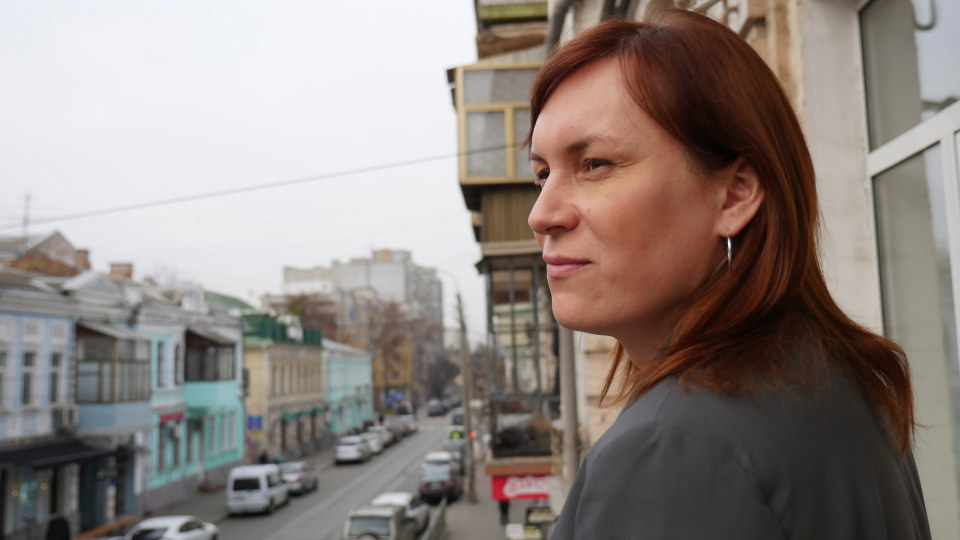 Initially, she just wanted to transition – to change her gender presentation to what she feels is her true sense of identity, that of a woman. But she soon discovered that the legal aspects of transitioning was even more challenging than the medical process, especially when trying to change one’s sex on official documents like national identification.

“When I tried to change my documents, I experienced such a huge injustice towards me personally and towards all transgender people in general,” Anastasiia recalls. “I felt, as a Ukrainian citizen, that I should take the steps necessary to start helping other people with everything that goes into the process of transitioning, and to fight for the rights of all trans women in the country.”

Trans women in Ukraine experience face a range of discrimination, including widespread stereotypes and violence, and Anastasiia is unwilling to witness this in silence. “It became really important for me to help transgender people not feel vulnerable or alone.”

It became really important for me to help transgender people not feel vulnerable or alone.”

And with that, Anastasiia became an activist for transgender rights, and one of the most visible transgender women in the country.

With her mobilization and media skills, and an indefatigable energy, she has been able to shine a spotlight on the issue of transgender rights in Ukraine, helping countless transgender women in the process.

Overcoming challenges to become a change-maker

Anastasiia has felt like a woman ever since she was young, but kept her feelings hidden. While studying at university in Kyiv she began to understand her identity and started to connect to the transgender community online, although she continued to live as a man. She yearned to live an authentic life, but stereotypes about what it meant to be a man or a woman were strongly entrenched in the society. There were no transgender people around her whom she could turn to for support or positive examples. 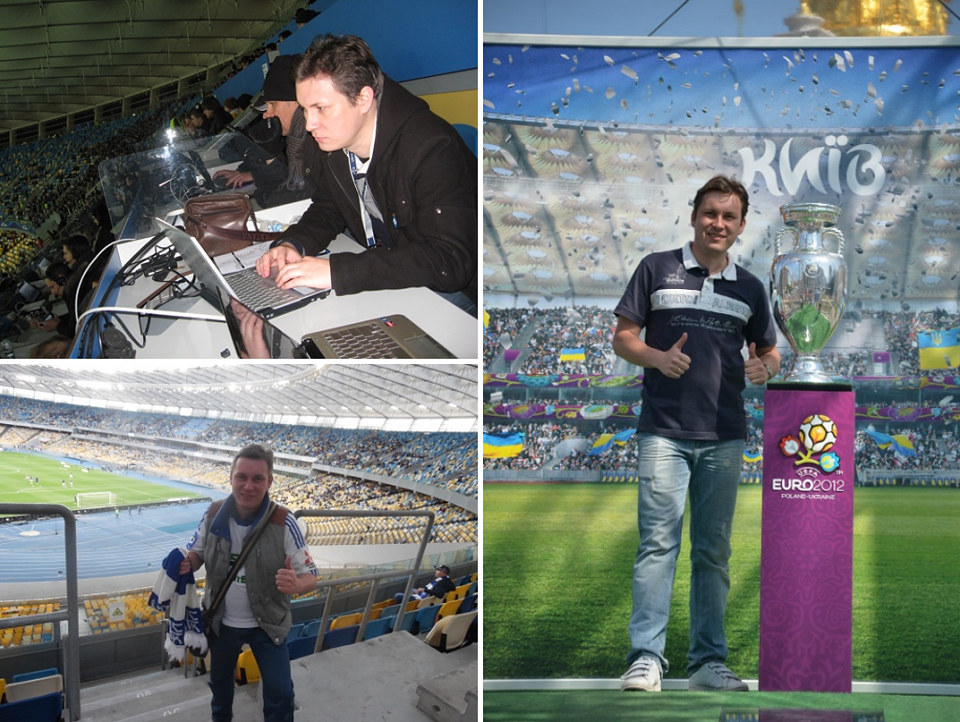 Anastasiia has worked as a sports journalist before transitioning, which made her coming out more challenging. Photos: Personal archive

Coming out for her was difficult, even more so because she had worked as a sports journalist before transitioning, a sector known for its traditional gender norms.

“I was afraid to see the reaction of my colleagues and the sports fans who followed me once I began to appear as a woman," she explains. Being a public figure, she ended up getting many requests for TV interviews and articles about her transition, but this created a dilemma for her. She wanted to share her story and start advocating publicly for the rights of trans women, but she also was afraid of hurting the people she loved who didn’t know her true identity and that she had transitioned.

“But I decided to go through it and be brave,” Anastasiia says, “no matter how difficult it was going to be, in order to attract public attention to the problems  that transgender people face.”

Anastasiia says that thanks to her innate stubbornness she was lucky to pass through her transition process quite quickly, but many others who have transitioned have been daunted by their experience of injustice and discrimination.

When trans women want to begin transitioning, even if they can find doctors who will help them with the  process, they may not treat them with respect. The simple undertakings of life – such as opening a bank account or renting an apartment – may have endless obstacles for not having identification documents that match their gender identity. “Things like adopting children, being a blood donor and working in several sectors are forbidden,” Anastasiia shares. “Only a portion of our human rights are available to us.”

Only a portion of our human rights are available to us.” 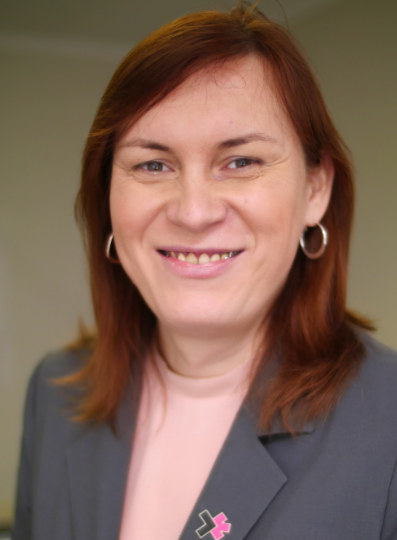 The basic fundamental right of transgender people to be treated with dignity is the driving force behind all of Anastasiia’s activism – whether she is working with NGOs, talking to journalists and appearing on television, or advising those who directly reach out to her for guidance.

As a consultant for and member of the Trans*Coalition in the Post-Soviet Space – the first and only network by and for trans activists in the region – Anastasiia advocates to decategorize transgenderism as a medical disorder, and for access to counseling for transmasculine, transfeminine and nonbinary people on questions related to all aspects of the transition process. 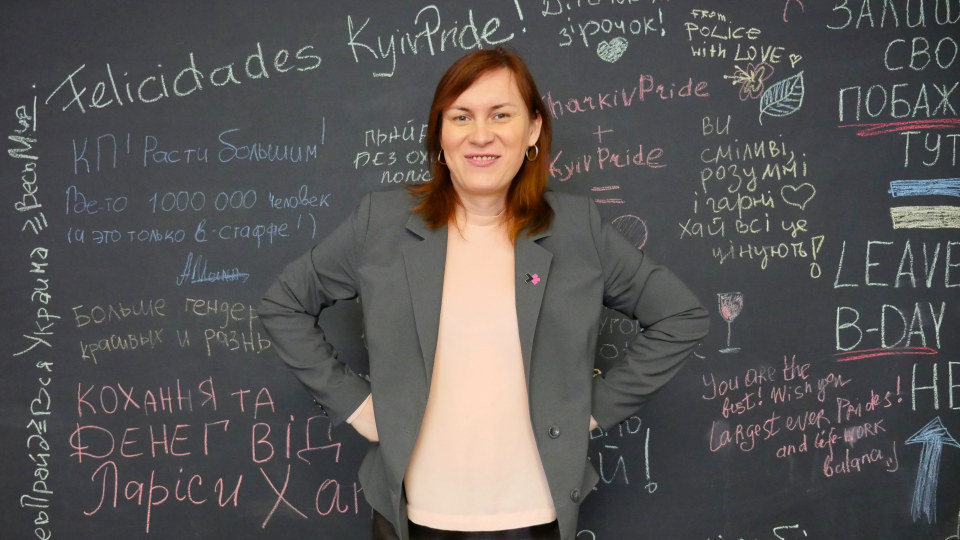 Anastasiia works also as a consultant for and member of the Trans*Coalition in the Post-Soviet Space – the first and only network by and for trans activists in the region. Photo: UN Women/ Tara Milutis

She has helped to collect a database of trans-friendly doctors, as well as teaching medical workers on how to treat patients in an ethical and tolerant way. Never shying away from engaging with the media to advocate for trans rights, she has become one of the most recognizable trans women in the region, and is on the team of Kyiv Pride – a team of young activists who organize yearly LGBTI Pride events.

“My goal is for all transgender people in Ukraine to have the same human rights as heterosexual people, and I do this in any and all the ways that I can,” says Anastasiia

Showing their pride on the streets of Kyiv

Many feel that lately there has been significant progress with regards to the LGBTI community being able to live freely and enjoy their full rights in Ukraine. 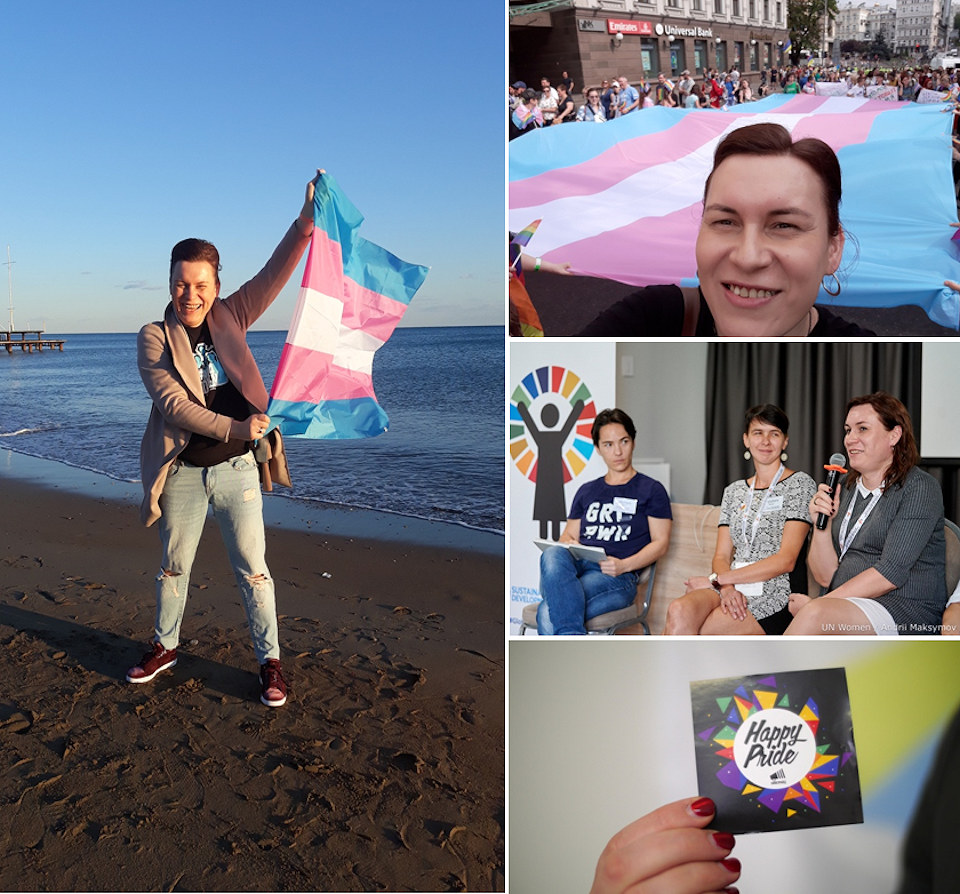 The basic fundamental right of transgender people to be treated with dignity is the driving force behind all of Anastasiia’s activism. Photos: personal archive; UN Women/ Tara Milutis

Approximately 6,000 people marched through the streets of Kyiv during 2019’s Pride march, thousands more than the previous year – making it the biggest Pride event in the country’s history. With placards, banners and flags that read All are different, all are equal, and Equality for everyone, the recent Pride march brought a cross-section of supporters out into the streets, including Ukrainian parliamentarians and lawmakers from around the world.

But the march also brought out a large security force, in anticipation of violent clashes with anti-LGBTI protesters that had erupted over the past years. A whopping 2,500 officers and soldiers from the national guard were stationed along the march route, to protect the marchers.

“We need to remember that our community is still the victim of violence directed towards us,” says Anastasiia, “there is still a long road ahead.”

Anastasiia finds it unacceptable that there are no specific laws in Ukraine that provide protection against hate crimes, homophobia and transphobia.

We need to remember that our community is still the victim of violence directed towards us.”

“We are fighting for our right to live in Kyiv in peace and security,”  she asserts.

When love comes along

Anastasiia met her girlfriend Lana Danevych at a trans march, and they’ve been inseparable ever since, living together when Anastasiia in not traveling for one of her many speaking events on trans rights.

“I’d like to have a family with Lana and be happy,” she says, when asked about her dreams for the future. 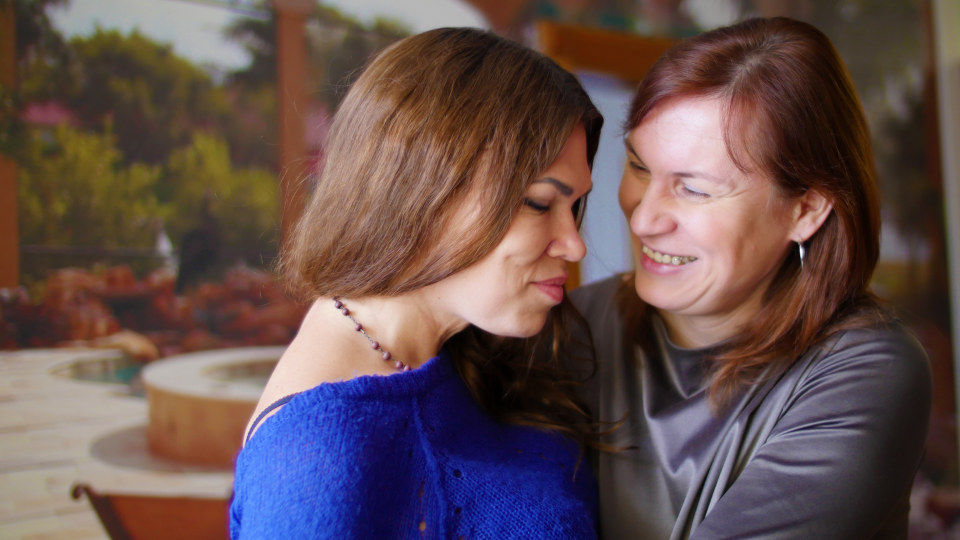 “I still have so much energy and a strong force within me to take my activism into the future,” she adds.

Anastasiia's message to all trans women in Ukraine is:  “Be strong, don’t be afraid, and please reach out and contact me – I will be happy to help each and every one of you!”

For more stories from the “25 Women” series, please visit eca.unwomen.org

Related News
18/11/2022
Pushing forward: Ending conflict-related sexual violence in Ukraine
22/09/2022
Press release: New UN policy paper shows the devastating impacts of the Ukraine war on women and girls
17/06/2022
In the words of Larysa Denysenko, Ukrainian legal expert: “Sexual violence is a tactic of intimidation, torture and humiliation”
11/04/2022
Speech: Women’s involvement is both a right and an opportunity for better outcomes
09/07/2021
I am Generation Equality: Mete Belovacıklı, advocate for gender equality in media
END_OF_DOCUMENT_TOKEN_TO_BE_REPLACED