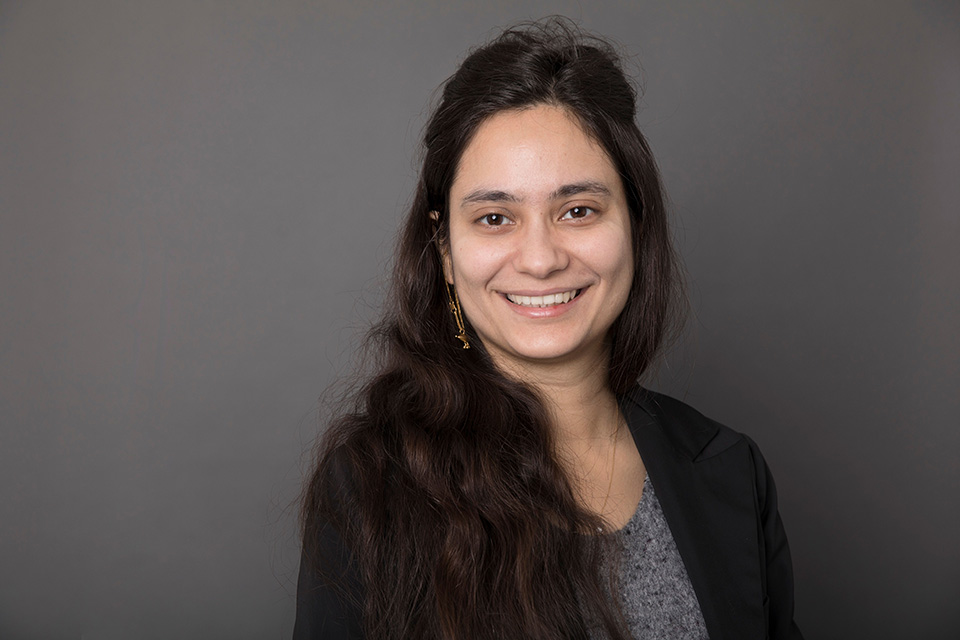 Antra Bhatt is a Statistics Specialist with UN Women’s Research and Data Team. Prior to joining UN Women, she was a researcher at Tata Institute of Social Sciences, Mumbai, India. She holds a PhD in International Development from the University of Rome –‘Tor Vergata’, Italy and a Master’s degree in Public Policy from the University of Chicago Harris School of Public Policy.

The 2030 Agenda for Sustainable Development emphasizes the principle of ‘leaving no one behind’. But by not counting lone mothers in official data, they are being left behind.

In Nigeria, 27-year-old widow and single mother of four Bage Jidda watched her husband get slaughtered, then spent three years as a hostage of Boko Haram before being rescued and moved to a refugee camp. Despite her trauma, through a UN Women-supported programme, she learned tailoring skills and became economically independent. She now rents a small home, but her situation remains precarious, as she has no savings or access to social protection.

Bage is not alone. Globally, there are more than 100 million mothers like her, single-handedly raising their children. According to Progress of the World’s Women 2019-2020, many are in their prime working years, aged 25-54, and must somehow manage a full day of work to provide for their children. A smaller number of lone/single mothers are younger than 25 (3.4 per cent), which translates into 3.8 million extremely vulnerable young women—127,000 of whom are estimated to be under 18 and living alone with their young children. Often, these adolescent mothers face multiple and intersecting inequalities.

Globally, there are 101.3 million lone mothers like Bage who live alone with their children, and at least another 101.3 million women whose reality and possible vulnerability, income and/or care needs are invisible to policymakers because they are not counted by official statistics.

Let us take a brief digression to understand how data about families are collected for official sources such as household surveys.

Most household surveys are designed using the head of the household as the anchor to define all family ties, a spot which is implicitly (and sometimes explicitly) reserved for the man of the household. This gender bias means that in larger households, such as extended families, relationships between members will not be adequately captured, making it difficult to identify lone mothers. When no adult male is present in a household, a woman with children living with other female relatives can be identified as the lone mother. But, when a lone mother is living with her in-laws and multiple other relatives, she can almost never be identified as a lone mother in an extended household.

Why does not being counted matter? When a substantial proportion of lone mothers are invisible, when countries redesign family policies, their needs are completely ignored. For instance, social policies designed with a male breadwinner and a female homemaker in mind will not effectively serve the needs of the millions of women who combine both roles, or adequately support the vast majority of those living in extended or lone-parent families.

To resolve the problem of undercounting lone mothers and other vulnerable groups, a two-pronged approach is needed. First, National Statistical Offices must disaggregate administrative and census data by age, sex and other socio-economic characteristics. This will help identify the most vulnerable individuals within households. Second, for future surveys, officials need to stop assuming that information collected about the head of a household is enough to understand the reality and welfare of all individuals in that household.

The needs of all family members need to be assessed so that laws, policies and social protection systems to support families can be designed accordingly. Only then can we be sure to leave no one behind.

Related News
17/06/2019
Take Five: “We all have the responsibility to create and cultivate gender equality, whether at home or in the workplace”
13/09/2021
Media advisory: launch of UN Women’s Feminist Plan for Sustainability and Social Justice
09/08/2021
I am Generation Equality: Immaculate Akello, climate change activist and lawyer standing up for rural women
27/05/2021
Press Release: Celebrities and world leaders from government, business and academia convene at UN Women’s global HeForShe Summit to release pioneering solutions for gender equality
10/03/2021
Press release: Women in politics: New data shows growth but also setbacks
END_OF_DOCUMENT_TOKEN_TO_BE_REPLACED