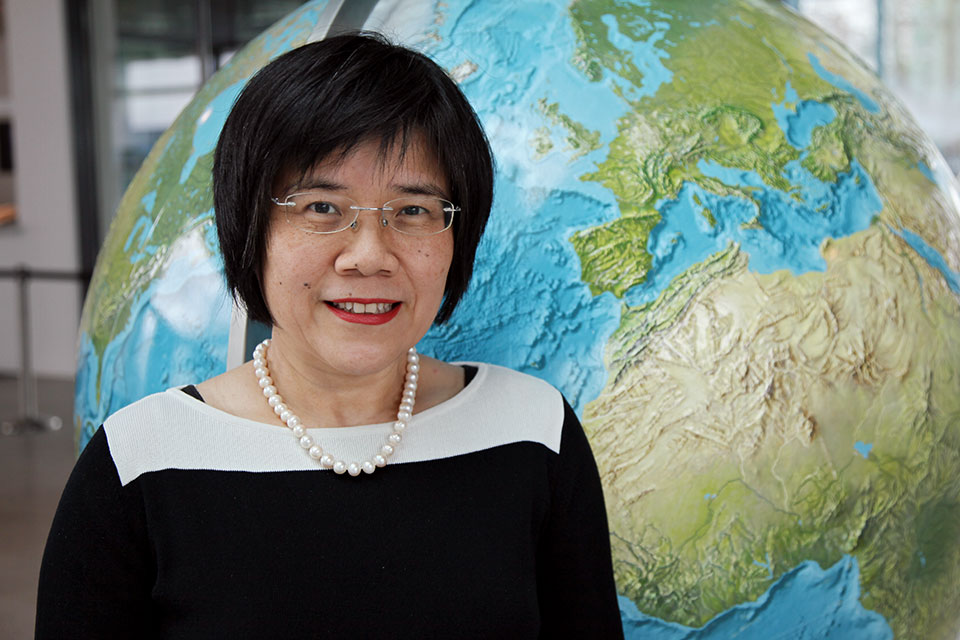 That tradition of treating girls and boys equally was carried on by my parents. My sister and I were lucky to be born into such an emancipated family. When I grew up, I realized that for millions of girls the reality was totally different.

During my career as a journalist and now as a media manager, I've realized that discrimination and suppression is the sad truth for countless women and girls from around the world. Women's rights are human rights. If 50 percent of all human beings are being held back, how can we strive for a bright and sustainable future for the world? That's why I speak up for women's rights.

Today, public service media plays a significant role in providing unbiased and reliable information. As Germany's international broadcaster and a partner of the Media Compact for gender equality with UN Women, Deutsche Welle offers its global audience free information in 30 languages on TV, radio, the Internet as well as via social media.

Through our programming, we give women and girls visibility and let their voices be heard around the globe. For example, Fuerza Latina is a Spanish-language series featuring courageous women from Latin America; DW Women is a Facebook page dedicated to multimedia coverage of topics relating to gender equality; and Plus 90 is a YouTube channel in collaboration with other international broadcasters that targets Turkish-speaking users and has a special focus on storytelling from a gender perspective.

Gender parity should be included in the corporate policy of media outlets—in the recruitment process, in choosing topics, presenters and interview partners, and by adopting gender-sensitive language both in the corporate communications and in the media coverage. According to a study in 2018 by ProQuote Medien, DW is in the lead with 51.9 percent in the ranking of female leadership in journalism within public service broadcasters in Germany. However, we still have a long way to go and are working towards gender parity in programming and in the corporate culture.

Representation of women on screen can only be improved if each one of us is ready to make a change: by breaking gender stereotypes, telling true stories of women from all walks of life, encouraging them to appear on screen as presenters, reporters and experts, and by providing them safe spaces online without hate speech and harassment.

Moving forward, with the new generation

As a Chinese saying goes, “A journey of one thousand miles begins with a single step.” It is never too late to start with your commitment to gender equality. Take the first steps in your family, among your friends, in your community, school and later in your professional life.

Together we are strong—get connected with like-minded people, girls and boys alike, to pool resources, generate synergies and increase impact on the whole. And last but not the least, be curious and explore new fields that might not be “typical female” professions, like audio engineer or camerawoman.

It’s also important to get men involved from the very beginning. For instance, when we talk about balancing career and family, we are not only thinking about women, but also men who want to spend more time with their families and children.