Shirley Chisholm, the first Black US Congresswoman once said: “If they don’t give you a seat at the table, bring a folding chair”.

The future is better with women at every table where decisions are being made. Trailblazing women like Shirley Chisholm have been claiming their space and demanding women’s inclusion and equality throughout history, and now it’s on us.

Across all sectors, communities and societies, women have key contributions to make to leadership. From politics and corporations to sports and STEM, diverse leadership benefits everyone. Leaders need to represent the people they serve to best understand their wants and needs.

This year on International Women’s Day, we’re celebrating women’s leadership in all its forms, and calling for women and feminists across the world to claim their space in leadership and decision-making. 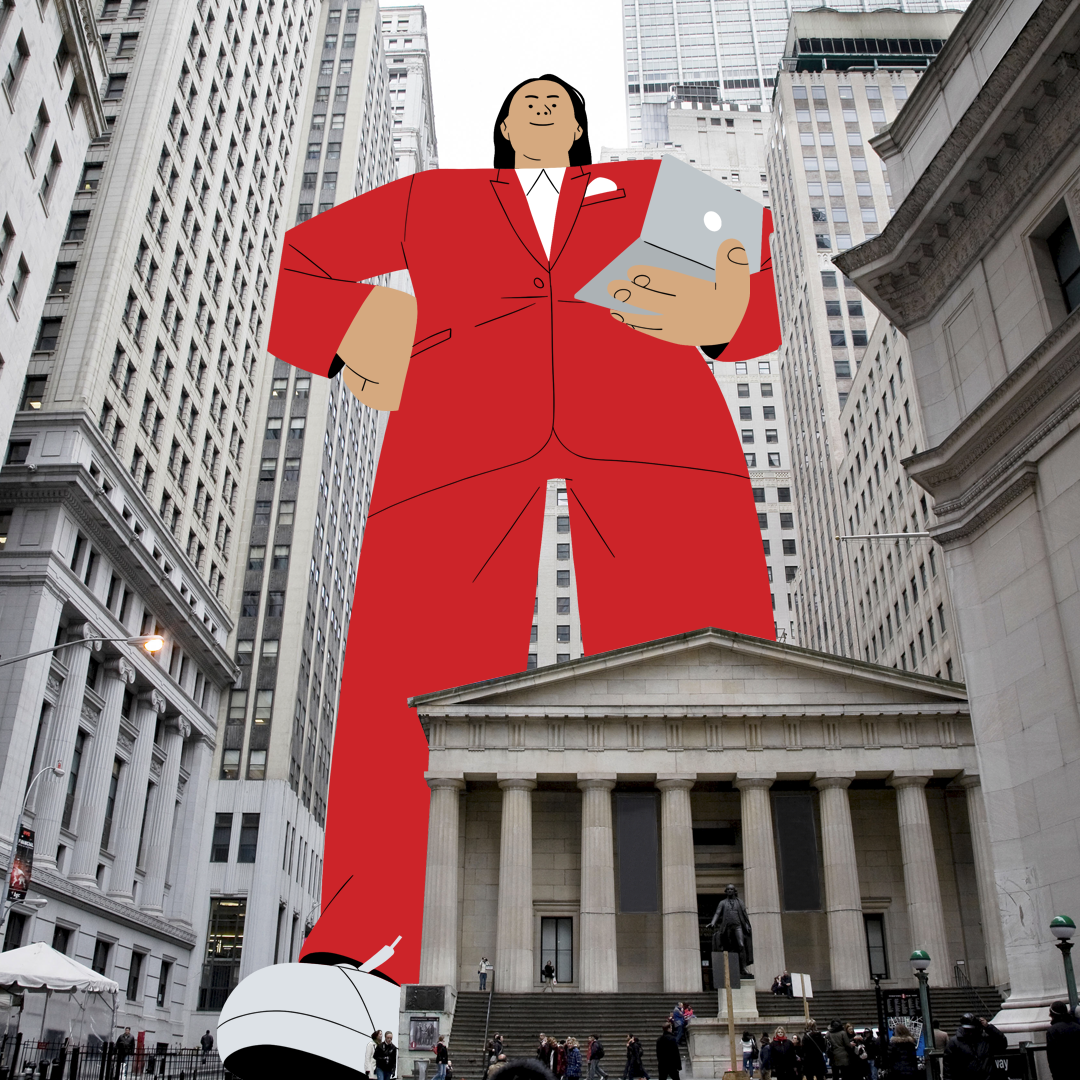 Even with a record-breaking new high of women CEOs of Fortune 500 companies in 2020, only 7.4 per cent of companies on the list are run by women, and women are less likely to be entrepreneurs and face more disadvantages starting businesses. Women also face intersecting and multiple forms of discriminatory practices at the workplace that keep them from advancing in their careers and claiming leadership positions, such as sexual harassment, the gender wage gap and lack of family-friendly policies.

Five ways you can shift policy and culture so that more women can claim leadership positions in the world of work: 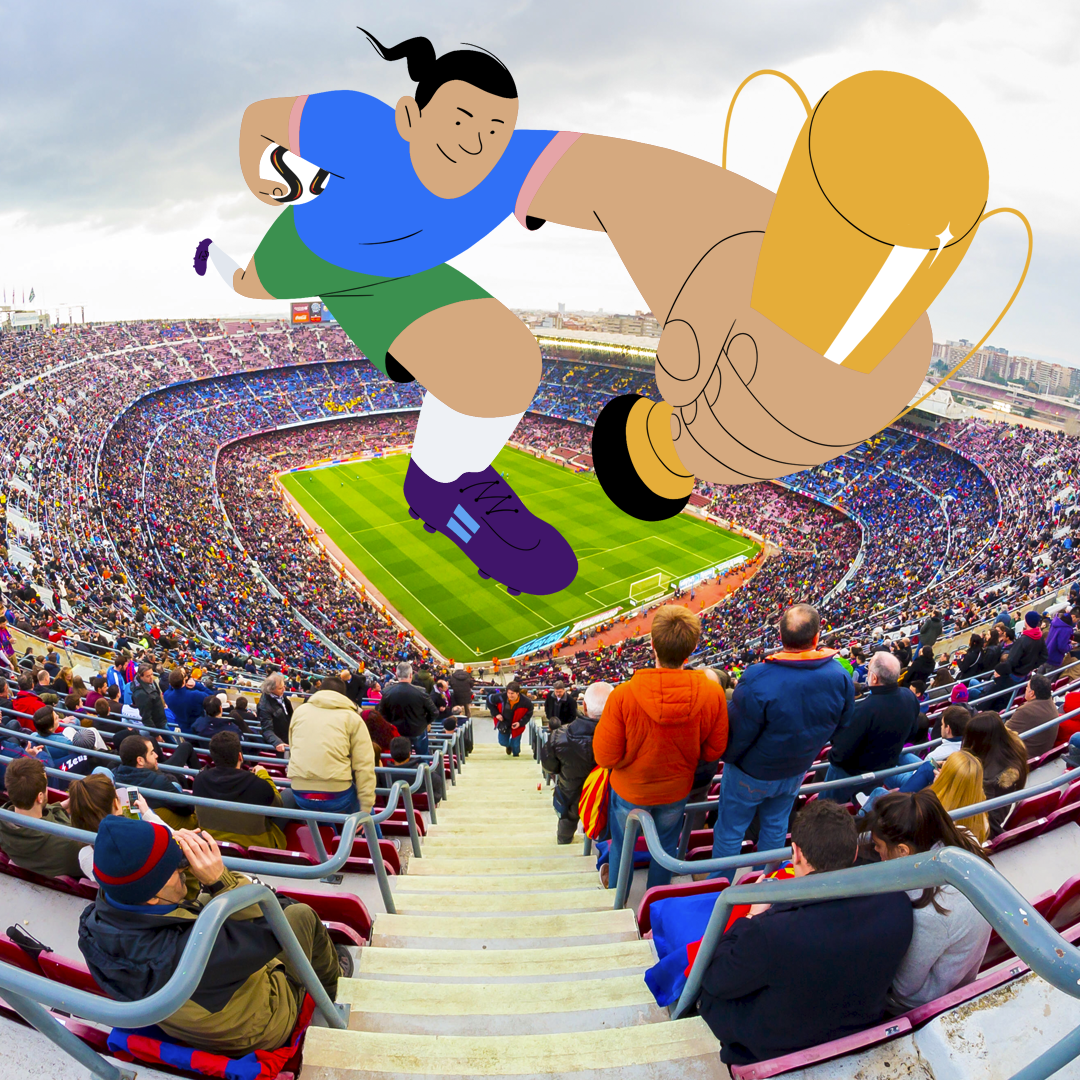 From athletes to executives, women leaders in sport inspire women and girls from all walks of life to strive for their dreams. They defy gender stereotypes and shift attitudes about gender roles, they provide safe and fair spaces for women and girls, and teach them about teamwork and perseverance. Without women’s leadership, the Olympic Games Tokyo 2021 would never become the first gender-equal Olympic Games, with female athlete participation at almost 49 per cent.

Despite progress and many broken records, women continue to be excluded in certain sports and are paid far less than their male counterparts in wages and prize money globally. 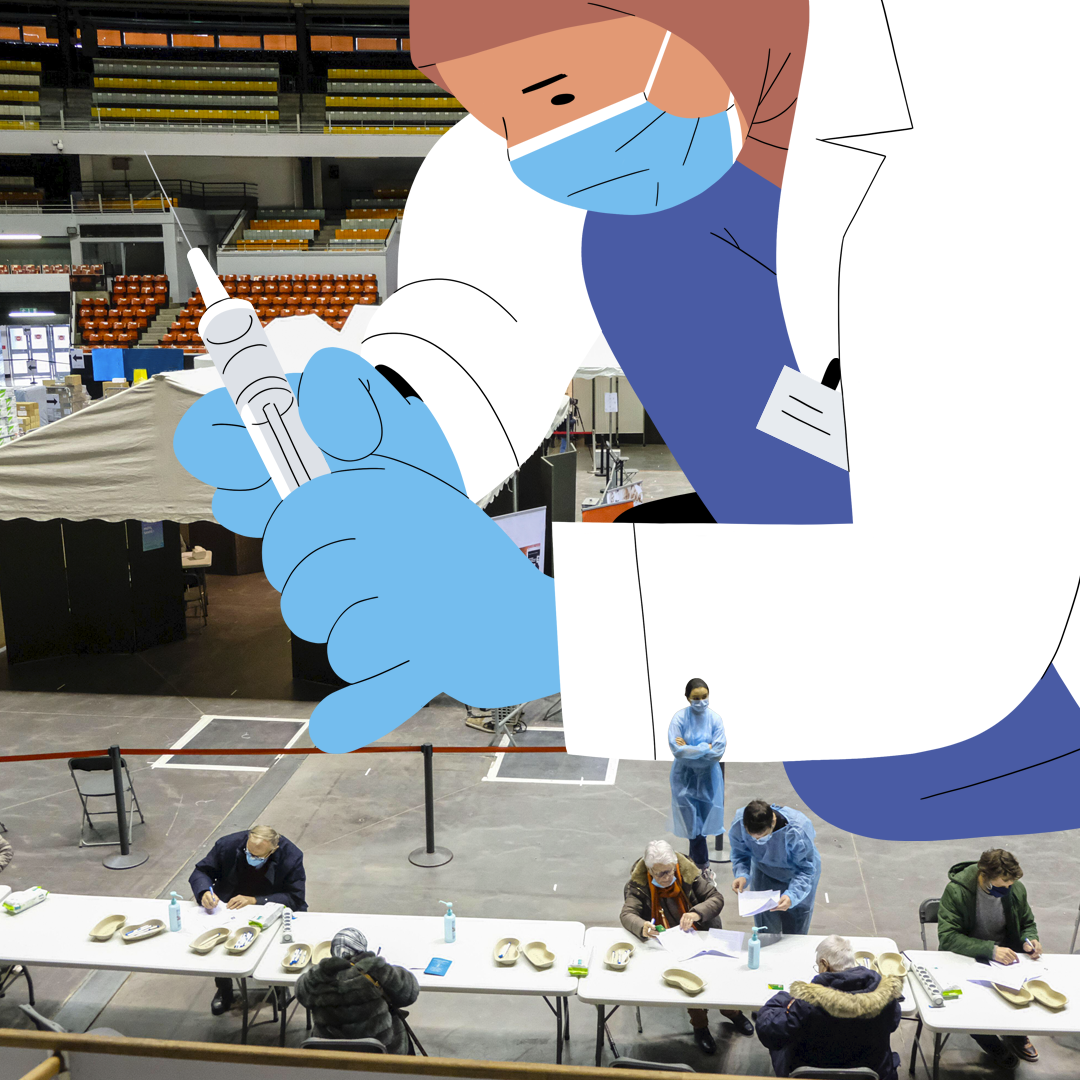 To overcome the COVID-19 pandemic and recover from the ongoing global crisis, the world needs science, and science needs women. On the front lines of response, women and girls are healthcare workers and innovators, researching vaccines, pioneering treatments, and inspiring girls to be forces of good in STEM.

Women in science are leading us toward a safer world, often risking their lives as they make up 70 per cent of health and social care workers. Yet, they remain underrepresented in decision-making and leadership as they make up only 30 per cent of the leaders in the global health sector.

Systemic barriers, gender bias, discrimination and gender stereotypes continue to hold women back from rising in STEM careers, which consequently limit the diversity of innovators who are trying to find solutions to the most pressing challenges, from climate change to the COVID-19 crisis. For better solutions that benefit everyone, we need more women leaders in science.

Five ways you can help women claim leadership in science:

Women around the world are disproportionately affected by climate change. Climate-induced humanitarian disasters often worsen existing gender inequalities, leaving women and girls prone to higher rates of violence, malnutrition and more. Without women leaders in the climate movement, the solutions and response to the climate emergency will continue to exclude women’s needs and undermine their rights.

Women and girls have been leading climate action and environmental movements, but men occupy 67 per cent of climate-related decision-making roles. Climate justice and environmental sustainability depend on the leadership of women and young people. 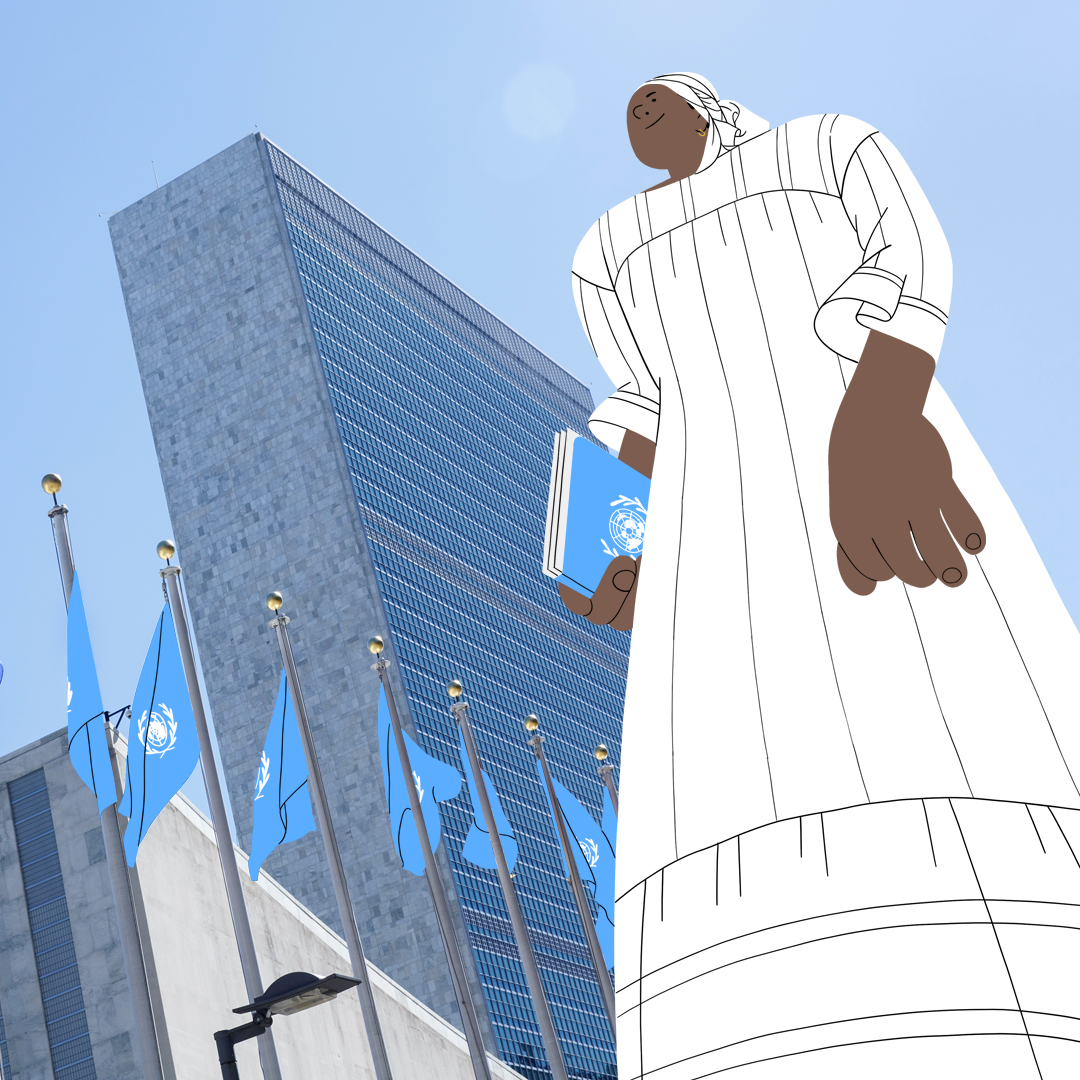 Women serve as Heads of State or Government in only 22 countries, and 119 countries have never had a woman leader. Just 25 per cent of national parliamentary seats are held by women, and data from 133 countries indicate that women make up only 36 per cent of elected members of local deliberative bodies.

Strong feminist movements are a foundation for thriving democracies and a catalyst of positive change.

Women are leaders in all forms of civic engagement, from labour unions and academia to media and movements for social justice. These movements play an essential part in holding governments to account, as well as driving social change.

Around the world, the space for civil discourse and movements is shrinking. There are more laws that restrict freedom of assembly, creating obstacles for women’s organizations and movements to register, engage in advocacy, receive external funding and report and monitor human rights issues in some countries. Women human rights defenders face online smear campaigns, physical attacks, harassment and intimidation. Since 2008, civil society repression has deepened in 26 countries, while conditions have improved in only 17.

Despite these threats, new generations of young feminists continue to bring energy and innovative strategies to the struggle for women’s rights.

Five ways you can help women claim leadership in civic spaces and movements:

The media plays a critical role in amplifying women’s voices and stories and drawing attention to key issues. But, with women holding only 27 per cent of top management jobs in media organizations, it’s no surprise that movies, books, newspapers, podcasts, and other powerful mediums continue to be dominated by men’s stories, perspectives and narratives, written, produced and hosted by men.

An analysis of popular films across 11 countries found that 31 per cent of all speaking characters were women and that only 23 per cent featured a female protagonist — a number that closely mirrored the percentage of women filmmakers (21 per cent). When women are portrayed, they are often one-dimensional characters or sex objects as seen from a male perspective.

In news media, only 24 per cent of the persons heard, read about or seen in newspaper, television and radio news are women. In global news coverage of COVID-19, only one in five expert sources counsulted were women.

We need more women leaders in media and entertainment industries to end underrepresentation and stereotyping of women. 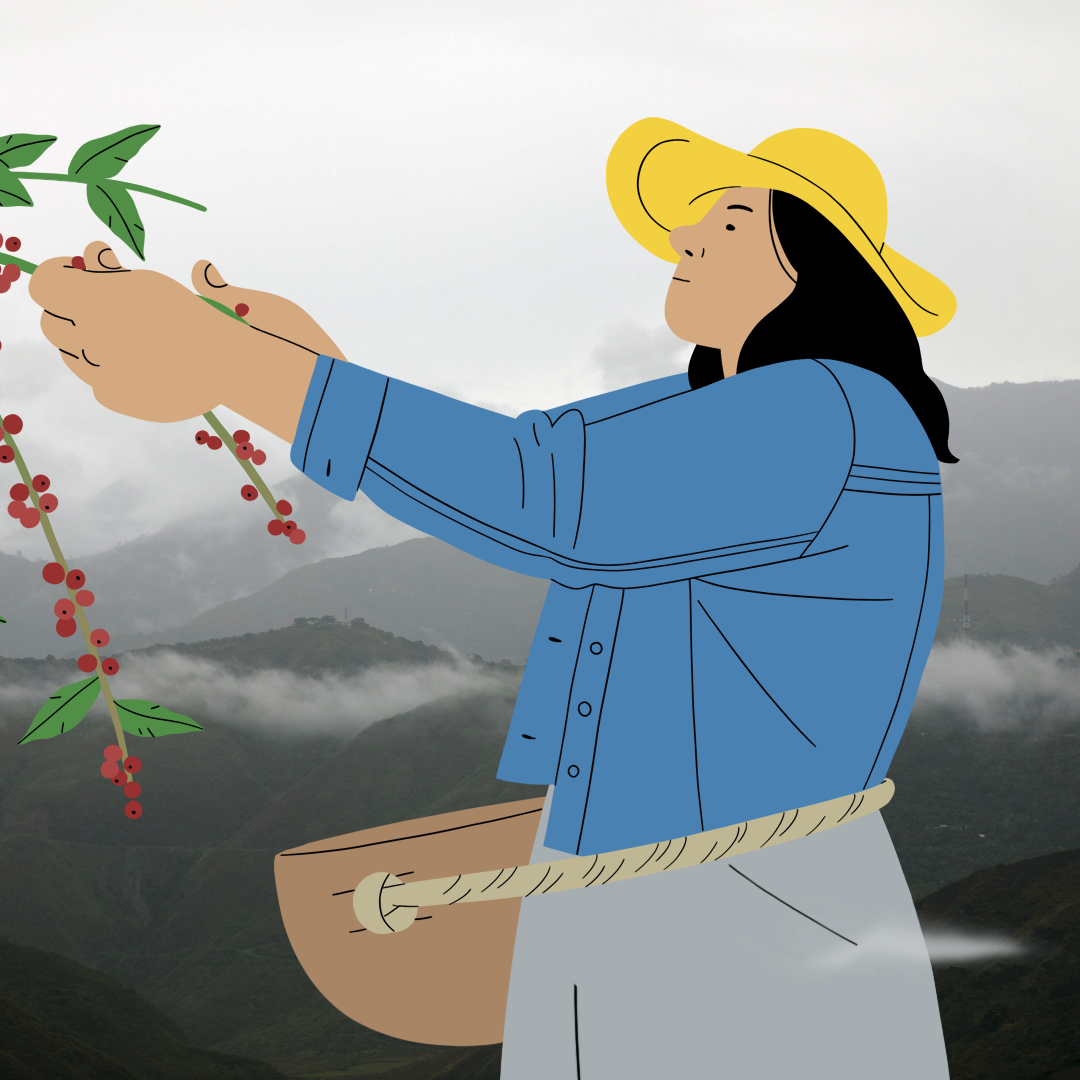 Since more than one third of women’s employment is in agriculture, increasing women’s access to land and providing better support for women farmers is essential.

Women ensure food security for their communities and build climate resilience. But when it comes to owning land, accessing agricultural inputs, financing and technologies for climate resilience, they are left far behind men. These women farmers, despite the added challenges they face, are often the custodians of traditional knowledge and the stewards of natural resources in their communities. Their experience and valuable insights can lead us all to a better understanding of managing scarce resources and mitigating climate risks.

Five ways you can support women’s leadership in agriculture:

Women’s leadership is key to sustainable peace, and urgently needed as conflicts and humanitarian crises become more and more complex, violent and protracted every day. Even though women often face greater levels of violence and inequality during times of war and instability, they are at the front-line of efforts to lead their communities toward peaceful solutions.

When women’s groups and leaders are involved in peace negotiations, it is more likely that an agreement will be reached and implemented. Yet, the majority of negotiators, mediators, and signatories in peace processes are still men.

Related News
01/08/2021
Joint statement by UNFPA and UN Women: Impacts of the compounded political and health crisis on women and girls in Myanmar
23/06/2020
Take five: “This year’s Pride is marked by a critical need to not just stand but act in solidarity in seeking racial justice and equality”
06/04/2020
Step it up G7: An extraordinary time requires extraordinary solidarity
14/11/2017
Standing up for survivors in the Shari’a court every day: Ayah al-Wakil is determined to leave no woman behind
03/10/2016
Signaling a boost for gender equality, Liberia passes the ‘Affirmative Action Bill’
END_OF_DOCUMENT_TOKEN_TO_BE_REPLACED