Feminists and activists look ahead to the Generation Equality Forum in Paris, 30 June – 2 July

The Generation Equality Forum in Paris, from 30 June – 2 July, will bring together governments, feminist leaders, youth and change makers from around the world and every sector. This landmark moment will catalyze change, fuel investment and action for gender equality and strengthen global movements for women’s rights.

The Forum represents a critical moment to reverse rising inequalities exacerbated by COVID-19 and drive rapid acceleration in gender equality, leadership and opportunities for women and girls around the world. Inspired by the feminist movements that shaped the Beijing Declaration and Platform for Action 26 years ago, the Forum aims to fulfil and re-energize that agenda.

Convened by UN Women and co-hosted by the governments of Mexico and France, in partnership with youth and civil society, the Forum will also mark the beginning of a five-year action journey led by six Action Coalitions and a Compact on Women, Peace and Security, and Humanitarian Action.

Ahead of this pivotal moment for women’s rights, UN Women checked in with leading activists from around the world on what we can expect from the Generation Equality Forum, why they’re participating and what happens next.

Building upon the Beijing Platform for Action

Eugenia Lopez Uribe, Mexico
Champion of sexual and reproductive rights of women and youth in rural and urban marginalized areas 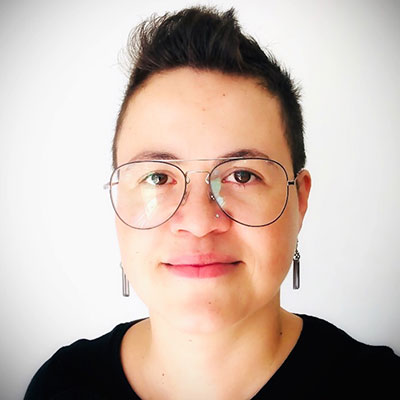 “The power of collective organizing from an intersectional and intergenerational approach is that it recognizes that, like a circle, we all have our place and our space in the construction of another world in which gender equality is a reality and patriarchy is left behind.

The Generation Equality Forum has to be an opportunity to dismantle the patriarchal system that has prevented advancement in the Beijing Platform of Action. We need to stop talking and start funding. We need to bring women in all their diversities and their lived experiences to the centre of the conversation, not as a symbol of individual struggles but as a commitment to fulfil the international human rights framework.

We cannot wait another 25 years to change the system that is ending the planet and that does not have the lives of women at the centre of our societies’ priorities.” 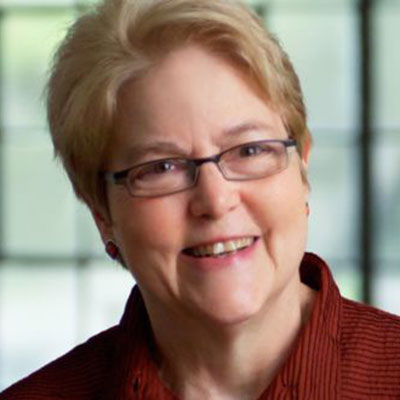 “The Beijing Conference was the culmination of multiple efforts to establish women’s rights as critical to progress on development and peace, and to put issues as seen through women’s eyes on the global agenda. The Beijing Platform for Action was a high point in government commitment to women’s rights, gender equality and women’s empowerment; it also points us to why these issues are still critical to recovering from COVID-19 today.

Progress has been made in some areas, such as attention to gender-based violence. Diverse constituencies, such as indigenous, grass-roots, and Black women, lesbians and disability rights activists have become more vocal and visible in global debates. Yet, while many women’s lives have improved since Beijing, the gap between those who have benefited and those left behind has grown.

The last 26 years since Beijing have revealed the depth and complexity of the problems outlined there. Success at the Generation Equality Forum for me would be to see a significant acceleration of commitment by all sectors to equality through the Action Coalitions and other initiatives launched as part of this process.” 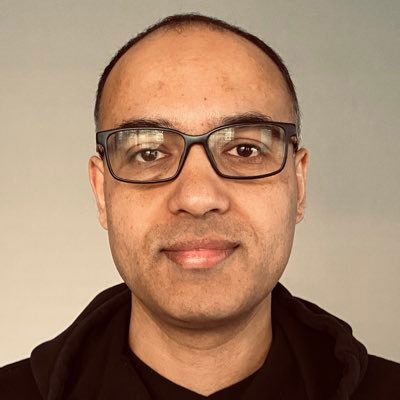 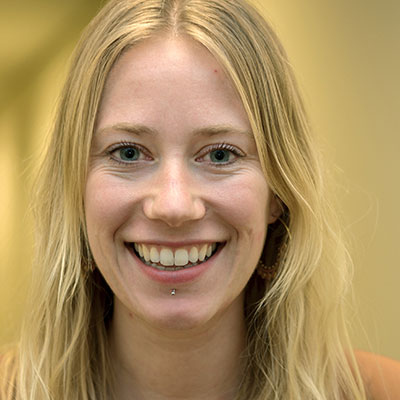 “The COVID-19 pandemic has exposed the gaping fault lines in our societies and institutions and even before and beyond this, we are witnessing a global surge in repressive, authoritarian governments and reactionary movements have increased their attacks on gender equality, women’s rights, and the rights of LGBTQI people, particularly those most marginalized.

Naming of the structural obstacles to realizing gender justice and women’s human rights is a necessary step in seizing the political opportunity presented by the Generation Equality Forum.

[The COVID-19 pandemic has intensified the] rise in xenophobic nationalism, repression of political dissent and undermining of multilateral institutions. There’s ever-greater concentration of power in the hands of wealthy elites and the world’s richest corporations. At homes, the pandemic has exposed and exacerbated patriarchal dynamics, with a recorded surge in cases of men’s violence against women and children, and increased burden of care work borne by women and girls.” 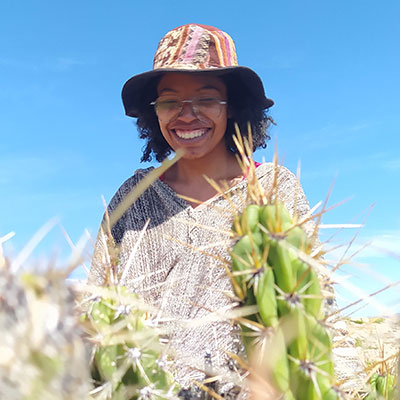 In the run-up to the Forum, from my trenches, I have joined regional and global efforts to connect young activists and provide tools for political and social advocacy. Action has been urgent for a long time, but following COVID-19, the Forum is even more important ­– not only for humans, but for all beings that make up the world and on whom our existence depends.

We are aware that we cannot go back to living as before; we have to take that awareness to generate new [ways of living] that do not only concern the structural equality of opportunities, duties and work obligations, but also generate deeper changes… the way of working, the way of consuming, the way of generating.” 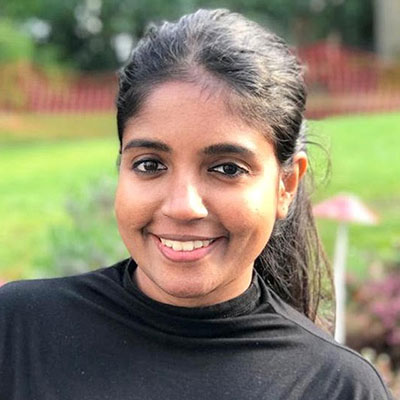 “We are sure that we are the generation that will put a stop to this inequality. We want the change to happen today, not tomorrow, and definitely not in another 100 years.

Women and girls are disproportionately affected by COVID-19 and we are on the verge of losing years of progress made on achieving gender equality. Therefore, the Generation Equality Forum is happening at a time that is crucial for all of us. We must all come together and make decision-makers address our concerns and provide action-oriented solutions. The Forum is our chance to push for the gender equality agenda and accelerate the progress we wish to see in the next five years.

We must all hold each other accountable to deliver and monitor and evaluate to see how much progress we have made. Together we rise.”

Youth at the centre of change 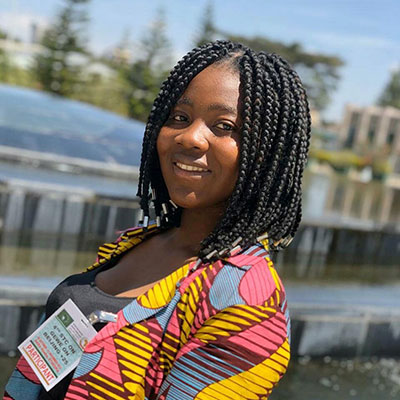 “To prepare Sierra Leonean youth to compete with their counterparts around the world, we need to shed light on issues that aren’t discussed in the Sierra Leonean context. The gender gap is significant here and not being talked about. Almost two-thirds of those working in STEM fields are men, and the country lags behind in technology. Meanwhile, the climate crisis is having a profound impact on the population, the majority of whom are dependent on agriculture for their survival.

The Generation Equality Forum is very important, especially for Sierra Leone and the wider Africa region, given the magnitude of inequality that pervades. My expectation for the Generation Equality Forum is that it will allow youth to take the lead in decision-making on issues that are affecting them. We must not only highlight challenges, but offer solutions, and our leaders need to be accountable to us.” 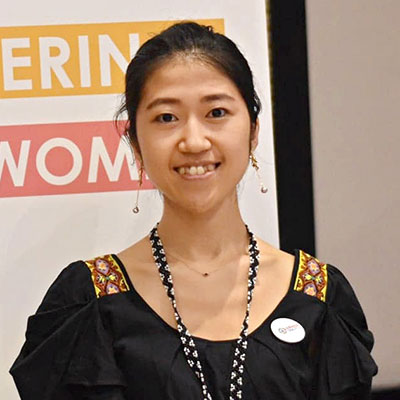 “The privileged and marginalized are experiencing the pandemic differently, and the gender gap is real – so many women have lost their jobs, students have been unable to continue their education or socialize with friends, and sex workers have been unable to access social security benefits. While Japan had a high suicidal rate even before the pandemic, since the outbreak, the rate has increased, with women and youth most affected. We cannot continue to rely on the conventional neo-liberalistic, neo-colonialistic and sexist systems; the Generation Equality Forum could potentially create momentum to transform the system, which is why it’s so important.

Intergenerational co-leadership is the only way to accelerate the momentum toward gender equality. Whether it’s feminist or women’s movements or policy making bodies, if you leave the youth and adolescents behind, the process and outcome is no longer inclusive and will fail to achieve gender equality for all.” 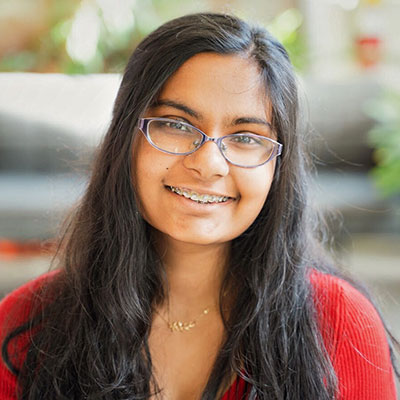 “Action Coalitions are uniquely positioned in that they already have ample support and resources to create and lobby for true progress. Partnerships and collective action are the best ways to curate power in numbers and make progress towards women’s rights.

Many older stakeholders and legislators do not think our voice to be as important as theirs because of our age. [To other leaders and activists, I say], use your voice. Your voice is the most powerful thing you have. The Generation Equality Forum is open to the public for a reason, but unless you optimize your voice towards achieving your goals, the space will not be effective.

But do not occlude the space with simply your demands – listen. Listen to others’ needs, goals, and passions. At the Paris Forum, empathize and learn about other causes. Using your voice is meaningless if you do not take the time to listen to those around you and learn from them.”

Houry Geudelekian, Lebanon and the United States
Chair of the NGO Committee on the Status of Women and activist to end early and forced marriage 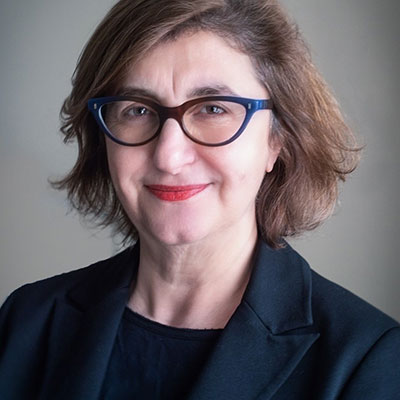 “It is important we work in a collaborative, transparent and shared leadership model, and to me collective action is exactly that, and anti-patriarchal too! It is time we crush patriarchy and rethink power dynamics in this world within its capitalistic and colonialist ways.

Intergenerational and intersectional dialogue is how we make sure that all parts of society are advancing together. We cannot claim victory or advancement in society if we are not bringing everyone along with us. As Fannie Lou Hammer said: “Nobody is free until everybody is free.”

Action Coalitions give us an opportunity to think, implement and hold each other accountable in new and exciting ways. The Forum and Generation Equality campaign will fast track achievements to address the issue of promises made and not implemented since the Beijing Platform for Action.

What the Generation Equality Forum and campaign, and consequently Action Coalitions can deliver is unique in format and ambition.” 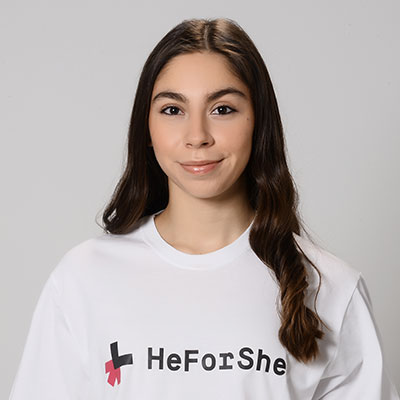 “Partnerships and collective action can make a difference by being the key drivers and accelerators for the achievement of gender equality and intersectional justice worldwide. They serve an inspiration for future multilateral, multi-stakeholder and multi-generational processes by setting an example for providing a bold and transformative space that centers co-leadership, co-ownership and co-creation; they show us how to tap into the transformative power of youth by letting us co-lead and shape every part of the process.

Intergenerational dialogues explore pathways to gender equality. Unfortunately, many topics that were being discussed over a decade ago remain urgent issues today. Furthermore, because we are from different generations, we get to explore different ways of thinking, different expertise, and different lived-truths and experiences, which is refreshing and productive.”

* Bolivia is the only country in the world which grants all nature equal rights to humans through The Law of the Rights of Mother Earth.