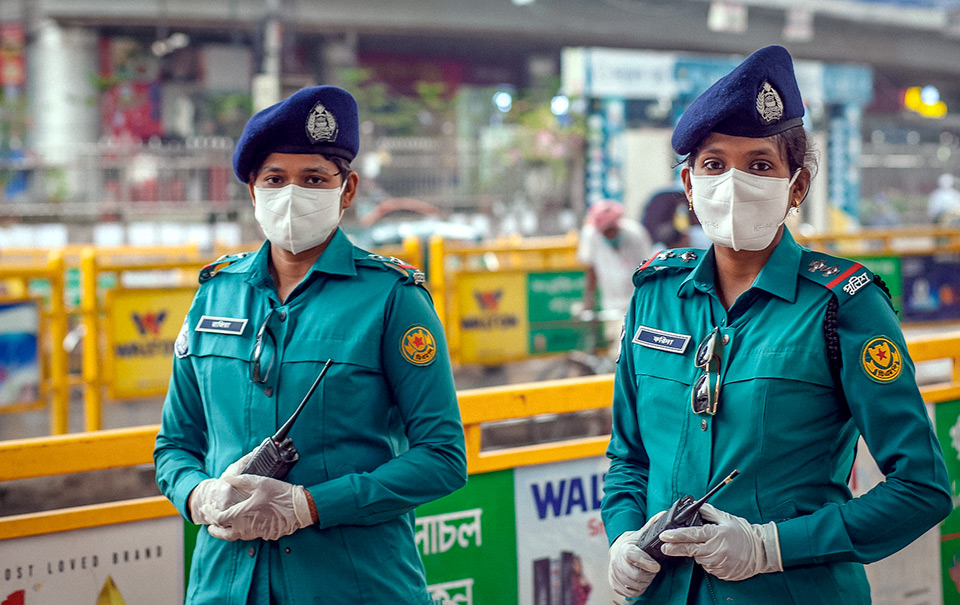 In the past 18 months, by trapping women with their abusers, COVID-19 pandemic lockdowns have worsened the already-widespread violence against women while preventing many of them from getting help. But even those who do manage to contact the police come up against another long-standing challenge: a culture and system that treats the survivor as a big part of the problem.

“The biggest challenge we face is that women do not report cases of violence because of victim-blaming attitudes by police officers,” says Police Superintendent Maria Mahmood, Director at the National Police Academy in Pakistan. “When I started working as a police officer, I was shocked to see the deep-rooted bias of a patriarchal police force. The criminal justice system is discriminatory, and also stigmatizes victims of violence and does not provide efficient support for them.”

While there are many other causes besides unsympathetic officers, worldwide only 1 out of 10 female survivors seek help from the police, according to a 2015 United Nations report. UN Women has been trying to encourage police reforms in its work on Essential Services, and with the United Nations Office on Drugs and Crime (UNODC) in its work on police and justice responses to gender-based violence against women. 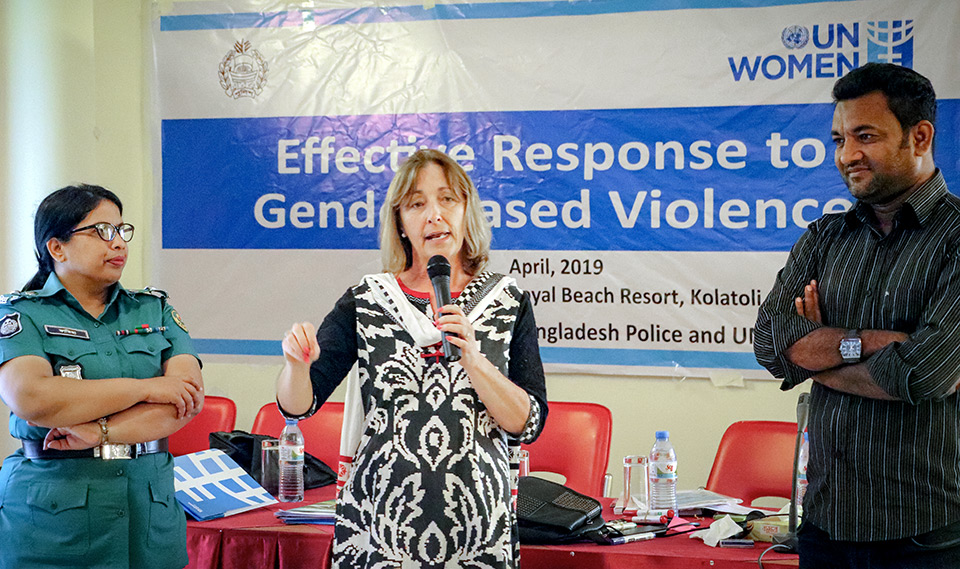 Using its own manuals on gender-sensitive policing, UN Women has organized police training in places around the world including Pakistan, Kosovo,[1] Morocco and the world’s largest refugee camp, Cox’s Bazar in Bangladesh. This year, UN Women, in partnership with the United Nations Office on Drugs and Crime and the International Association of Women Police published the 529-page The Handbook on Gender-responsive Police Services for Women and Girls Subject to Violence; it will be used in 22 countries. The handbook gives practical, in-depth guidance on how to respond during crises like the COVID-19 pandemic; prevent violence against women and girls; and do investigations that meet the needs and concerns of survivors and focus more on what the perpetrators did.

In Pakistan, UN Women trained the national police force in 2019 and 2020 and this year wrote a Pakistan-specific police training manual on dealing with female survivors. Mahmood is using these lessons at her academy.

“We see UN Women as a key partner in helping us build the capacity of Pakistani police officers,” she says. 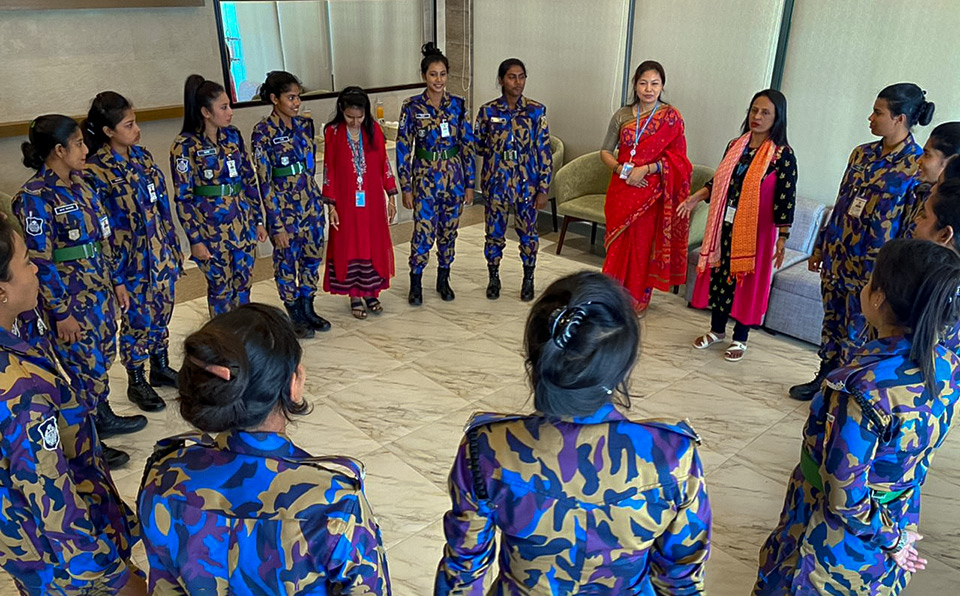 Jane Townsley delivered remote training to police force in Cox’s Bazar during the COVID-19 pandemic. In a chapter especially included in the Handbook by Townsley, she highlighted the importance of coordination in times of normality and during times of crisis. Taken on 14 March 2021. Photo: UN Women

Major Tahire Haxholli, a leader of the Domestic Violence Investigation Unit in the Kosovo Police, says UN Women training has changed how the force deals with survivors, “especially in handling cases without prejudices, stigma, and giving priority to the issue”.

Atiqur Rahman, Commanding Officer at the camp in Cox’s Bazar, says female officers were deployed there because the female refugees, who are Muslims, did not want to communicate with male officers. The officers were also trained on how to overcome the language barrier and how to empathize with people in such vulnerable conditions, he says.

UN Women Morocco has been supporting the restructuring of the national police force, particularly in ensuring that every provincial police station has a separate unit trained to deal with female survivors of violence.

Among those who benefitted from the reforms was a young woman in the city of Meknes who was abused by her boss in 2019. A friend took the pregnant woman to the police station. 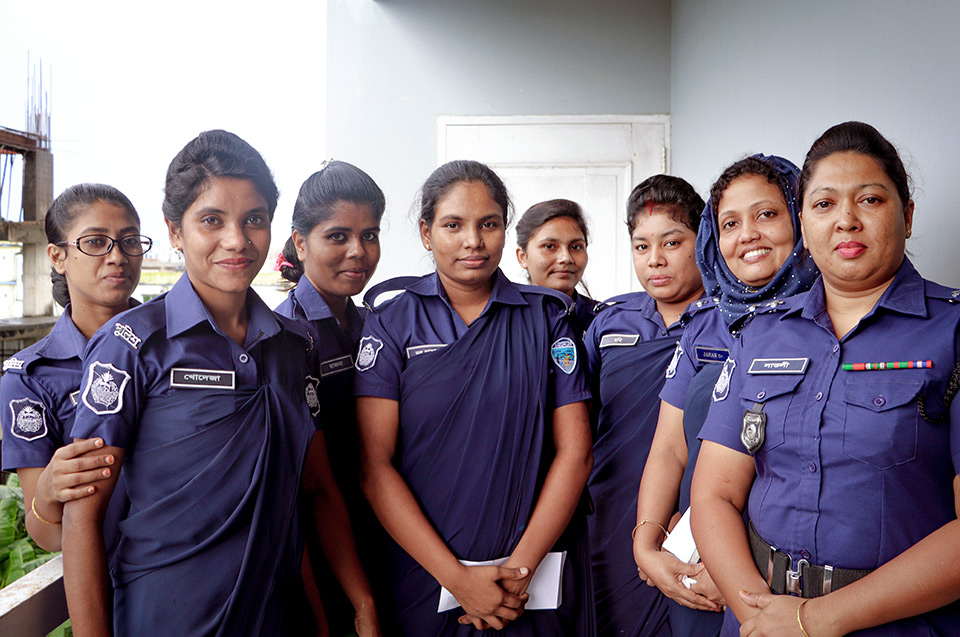 She was in a difficult position. Sex outside marriage is a crime in Morocco, and she was carrying ‘evidence’. In an interview with UN Women, the woman recalled:

“On the way to the police station, I was afraid that [the police officers] would ignore me and wouldn’t believe what I was going to tell them.

“But when I arrived, I was warmly welcomed by a female officer who introduced herself as the Chief of the Police Unit for Women Victims of Violence. I told myself that if the chief is a woman, maybe she will understand me. The first thing she told me was: There is a solution to everything. I will never forget that. It has become my motto in life. Her words encouraged me, and she listened to me with great care and attention, showing interest.

“At the time, I was feeling insecure, unsafe, not worthy and that my life was over. Meeting her made me realize that I still have a chance to get my life back.”

While having more female officers will increase people’s trust in the police, lasting change requires transforming police cultures through better policies, structures and practices, says Jane Townsley, Executive Director of the International Association of Women Police and a former chief inspector in the United Kingdom of Great Britain and Northern Ireland. 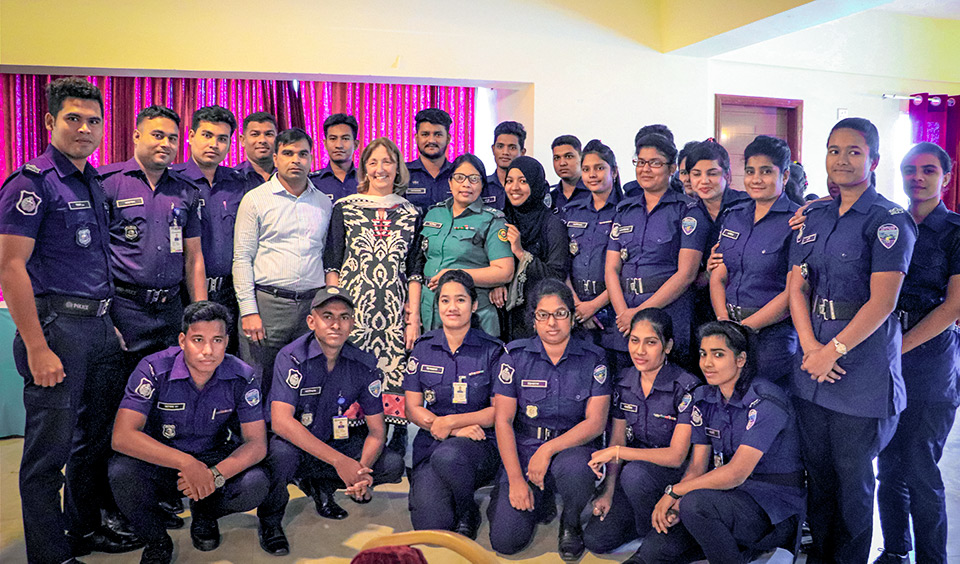 Townsley has been training the Cox’s Bazar police as a UN Women consultant and co-authored the newly released handbook with human rights and security specialist Mirko Fernandez. Unlike most other police training materials, the handbook is mainly for police middle managers.

Says Townsley, “It became obvious to me that you can train all the first responders in the world, but if those people who manage and lead front-line staff do not understand the importance of responding effectively to violence against women…other efforts will be in vain.”

“This handbook was written by police for police. Critical to the success of the handbook will be ensuring the police at institutional level accept responsibility for its implementation and recognize the benefits it can bring, not just to victims and survivors of violence against women and girls, but also to the effectiveness of the police organization as a whole.”

[1] All references to Kosovo should be understood to be in the context of United Nations Security Council resolution 1244 (1999).