In 2015, International Women’s Day, celebrated globally on 8 March, will highlight the Beijing Declaration and Platform for Action, a historic roadmap signed by 189 governments 20 years ago that sets the agenda for realizing women’s rights. While there have been many achievements since then, many serious gaps remain.

This is the time to uphold women’s achievements, recognize challenges, and focus greater attention on women’s rights and gender equality to mobilize all people to do their part. The Beijing Platform for Action focuses on 12 critical areas of concern, and envisions a world where each woman and girl can exercise her choices, such as participating in politics, getting an education, having an income, and living in societies free from violence and discrimination.

To this end, the theme of this year’s International Women’s Day is the clarion call of UN Women’s Beijing+20 campaign “Empowering Women, Empowering Humanity: Picture it!” Join governments and activists across the world in commemorating the ground-breaking Conference of 1995. We celebrate the many achievements that have come since then and galvanize action to address the gaps that still remain in making gender equality a reality.

"Planet 50-50 by 2030: Step It Up for Gender Equality" asks governments to make national commitments to address the challenges that are holding women and girls back from reaching their full potential within the next 15 years. Launching on the occasion of International Women's Day 2015, Step It Up will showcase specific commitments that governments make, leading up to the United Nations General Assembly in September 2015. The initiative comes at a critical moment in time as a new development agenda is taking shape to replace the Millennium Development Goals. Learn more about how to Step It Up »

"When we unleash the power of women, we can secure the future for all," says UN Secretary-General Ban Ki-moon in his message for International Women’s Day 2015.

“We call on countries to ‘step it up’ for gender equality

In her message for International Women's Day 2015, UN Women Executive Director Phumzile Mlambo-Ngcuka says gender parity must be reached before 2030, so that the sluggish trajectory of progress can be reversed that condemns a child born today to wait 80 years before they see an equal world. She calls on all countries to “step it up” for gender equality, to reach ‘Planet 50-50’ before 2030.

Read her op-ed, in which she calls for substantial change and stresses the need to frontload actions for the next five years to achieve full equality before 2030.

“Gender equality is a shared vision of social justice and human rights”
Speech by UN Women Executive Director Phumzile Mlambo-Ngcuka at the High-level Thematic Debate on advancing gender equality and the empowerment of women and girls, 6 March.

For more information about events around the world, visit our Facebook event page and spread the word!
For International Women's Day messages from the UN system, visit WomenWatch.

IWD activities around the world

See our Flickr album of events to mark International Women’s Day 2015 around the world, with marches, conferences, theatrical performances, and more.

Stepping it up on the streets of New York City

See our Flickr album of the march for International Women’s Day 2015. Thousands of energetic gender equality advocates snaked through midtown Manhattan on 8 March in a collective show of solidarity for the global women’s movement.

Held at the Manhattan Centre in New York City 10 March, this celebratory event is held in commemoration of the 20th anniversary of the World Conference on Women in Beijing and features musical performances, high-powered speakers and celebrities.

See our Flickr album of the UN Observance of International Women’s Day 2015 on 6 March at the UN Secretariat, as well as the press conference with UN Women's Executive Director, where she launched the "Step It Up" initiative.

Join the conversation for #IWD2015! 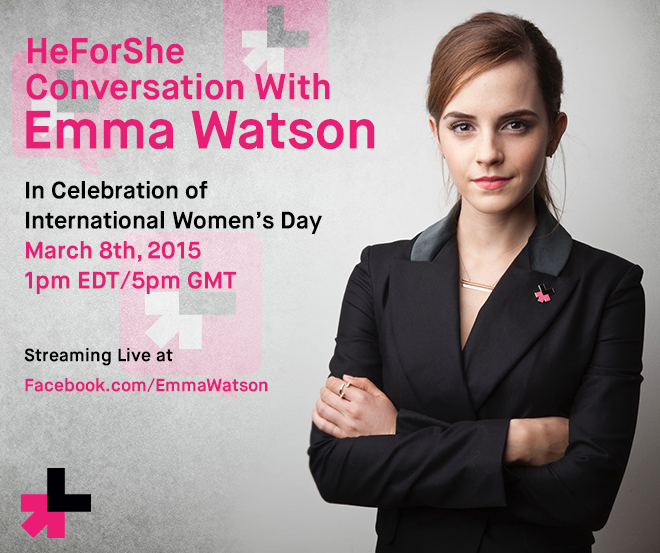