The world of work is changing, with significant implications for women. On one hand, technological advances and globalization bring unprecedented opportunities for those who can access them. On the other hand, there is growing informality of labour, income inequality and humanitarian crises. See the flyer and RSVP for the official UN commemoration of the International Women's Day»

Against this backdrop, only 50 per cent of working age women are represented in the labour force globally, compared to 76 per cent of men. What’s more, an overwhelming majority of women are in the informal economy, subsidizing care and domestic work, and concentrated in lower-paid, lower-skill occupations with little or no social protection. Achieving gender equality in the world of work is imperative for sustainable development.

The United Nations observance on 8 March will call upon all actors to Step It Up for Gender Equality towards a Planet 50-50 by 2030 by ensuring that the world of work works for all women.

The upcoming sixty-first session of the Commission on the Status of Women (CSW61), from 13 – 24 March, at UN Headquarters will deliberate on “Women’s economic empowerment in the changing world of work.” Read more»

Women’s rights are human rights. But in these troubled times, as our world becomes more unpredictable and chaotic, the rights of women and girls are being reduced, restricted and reversed. Empowering women and girls is the only way to protect their rights and make sure they can realize their full potential. Read more>

“We want to construct a different world of work for women. As they grow up, girls must be exposed to a broad range of careers, and encouraged to make choices that lead beyond the traditional service and care options to jobs in industry, art, public service, modern agriculture and science...” Read the full message» 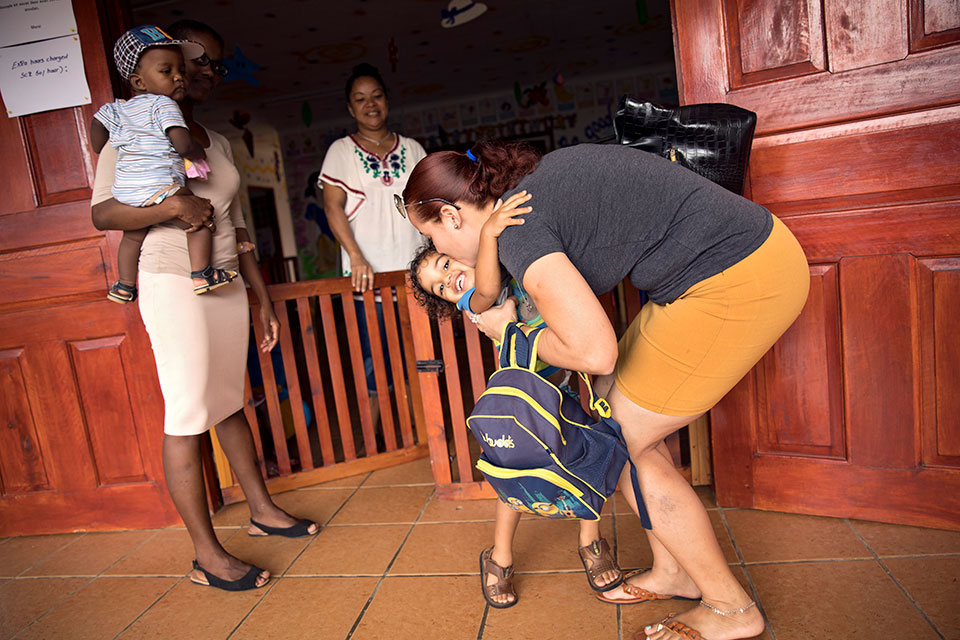 Changing world, changing work
The world of work is changing fast, through innovation, increasing mobility and informality. But it needs to change faster to empower women, whose work has already driven many of the global gains in recent decades. Women still predominantly occupy jobs that pay less and provide no benefits. They earn less than men, even as they shoulder the enormous—and economically essential—burden of unpaid care and domestic work. Realizing women’s economic empowerment requires transformative change so that prosperity is equitably shared and no one is left behind. The international community has made this commitment in the 2030 Agenda for Sustainable Development. Every woman should enjoy her right to decent work. As a global champion for gender equality and women’s empowerment, UN Women asks: What do we need to get there? See the photo essay» 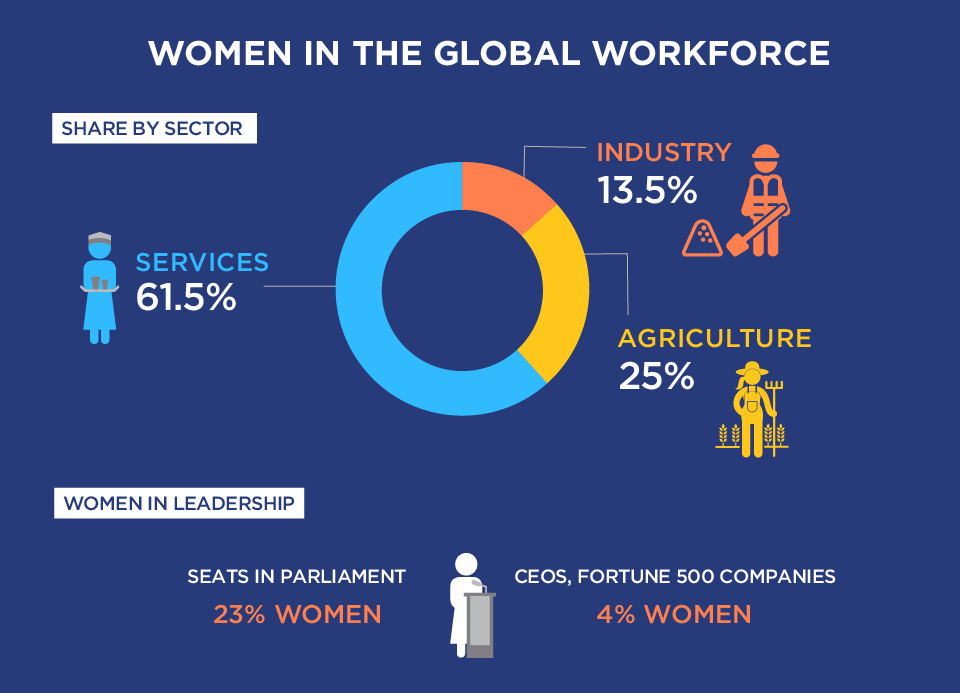 Think you know your facts on women and the economy? Take our quiz to find out!

Can you find her?

Finding women at work shouldn't be this hard. Women are under-represented in fields such as science, politics and technology. To highlight this issue, UN Women Egypt and DDB Dubai launched the "Finding Her" initiative. The series of illustrations show science, technology and political workplaces with only one woman. Can you spot the woman at work?

On and around International Women’s Day, 8 March, a rich diversity of initiatives celebrated women’s achievements, activism and potential. UN Women, along with partners in the UN system, governments and civil society, organized events in more than 50 countries across the globe, under the theme of “Women in the Changing World of Work: Planet 50-50 by 2030”. From film festivals, solidarity marches, seminars and press conferences to art exhibits and activities to engage girls in sport, here are some highlights from the occasion. Read more»

This International #WomensDay, we ask for equal opportunities and women’s rights at work. Are you with us?
#WomensDay Tweets