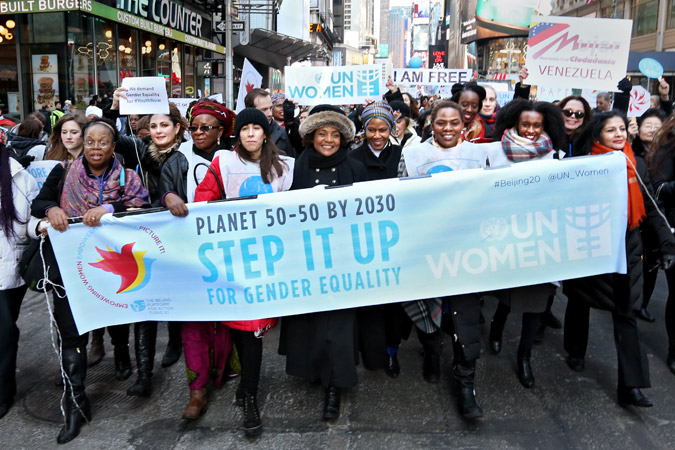 The 2016 theme for International Women’s Day is “Planet 50-50 by 2030: Step It Up for Gender Equality”. The United Nations observance on 8 March will reflect on how to accelerate the 2030 Agenda, building momentum for the effective implementation of the new Sustainable Development Goals. It will equally focus on new commitments under UN Women’s Step It Up initiative, and other existing commitments on gender equality, women’s empowerment and women’s human rights.

The official UN commemoration took place in the Trusteeship Council at the UN Secretariat in New York City from 10 a.m.-12.45 p.m. It consisted of a series of musical performances and two panel discussions. The first, from 10-11.15 a.m., reflected on what a gender-equal planet means and how to achieve it by 2030 by joining the efforts of the United Nations, governments, civil society and the private sector. For the second panel, entitled “The Push for Parity”, panelists probed the progress made in achieving gender equality in the UN system, examined the challenges remaining and unpacked how to mainstream gender perspectives from 11.15 a.m.–12.45 p.m. See the flyer. Read participant bios.

Watch the archived webcast of the UN commemoration:

Also on 8 March, UN Women Deputy Executive Director Lakshmi Puri rang the opening bell at the New York Stock Exchange in New York at 9 a.m. Similar events took place in 35 countries around the world as part of joint awareness-raising efforts with the Global Compact and other partners. Read more.

Around the world, UN Women is organizing International Women’s Day events in more than 60 countries, including: a friendly hockey match between a men’s and women’s team in Tanzania on 5 March; a march and cycling rally in New Delhi, India on 6 March; a festival with live musical and dance performances in Palestine on 8 March; marches, a football match and painting expositions across Albania from 5-8 March; and a women’s “run to Step It Up” in São Paulo, Brazil on 20 March—to name just a few. See what happened »

UN Women Executive Director’s message for IWD 2016
“Each one of us is needed—in our countries, communities, organizations, governments and in the United Nations—to ensure decisive, visible and measurable actions are taken under the banner: Planet 50-50: Step It Up for Gender Equality,” says UN Women Executive Director Phumzile Mlambo-Ngcuka in her message. [ also available in ar | fr | ru | sp | zh ]

Throughout history, women have made extraordinary contributions to their societies. Some are well known, some less so, but all have been trail blazers. Explore a selection of these women and learn what the reality still is today for many women and girls worldwide. View timeline »

Photo essay: A day in the life of women 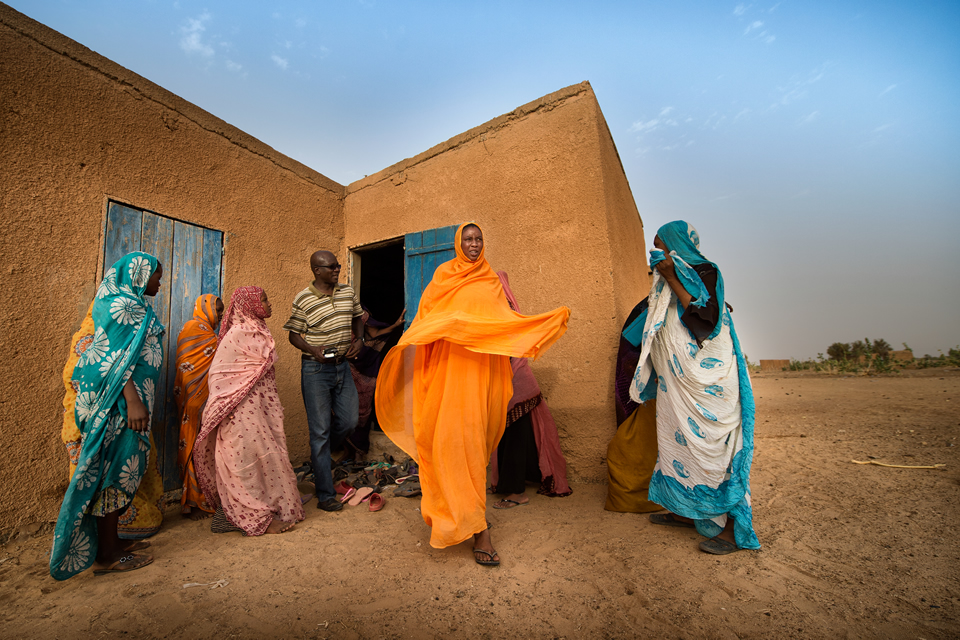 Teachers, farmers, businesswomen, politicians, mothers, law enforcers — women and girls contribute every day in many visible and invisible ways. Here’s a glimpse into their lives.