Stars of Change: Cambodian Youth Lead the Way for Lives Free of Violence

Leaving the comforts of city life was not easy in the beginning for Cambodian youths Chhay Theara and Chea Samphors, who voluntarily agreed to live and work in rural communities to affect behavioral change and attitudes towards gender-based violence. They faced challenges that would send many others packing. Not fully understanding the concept of volunteerism, rural community members received Theara, 26, and Samphors, 25, with skepticism. As a woman, Samphors had to also overcome gender bias, proving to the village chief that she was capable of doing what a man can do.

Theara and Samphors were two of 20 university graduates, who after intensive training enlisted in a year-long initiative to voluntarily service 19 Cambodian rural districts. Led by non-governmental organization Youth Star Cambodia with grant support from the UN Trust Fund to End Violence against Women, the initiative takes advantage of youth's potential to shape attitudes. This is particularly important in countries such as Cambodia, where 70 percent of the population is under the age of 30. 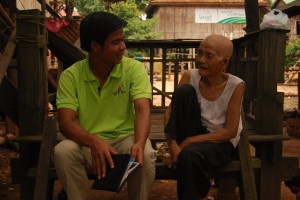 Cambodia is a post-conflict society where violence against women is highly prevalent: 22 percent of married women have experienced physical abuse from their husbands. But this is usually considered a “private matter". The villages of Chaengdaeng and Brorvanh were no exception - until the arrival of Theara and Samphors.

Central to Theara and Samphors' service in the villages was the establishment of youth clubs. These served as hubs for frank discussions and positive change, engaging youth in topics of domestic violence, healthy relationships, and the importance of staying in school. Theara and Samphors also identified youth with natural leadership tendencies, guiding them to become club leaders and mentors for younger members.

Taing Im, 18, was one of the participants in Theara's youth club in Chaengdaeng, Kampong Thom province, two hours from Phnom Penh. Living in a violent home, she was suffering as many children do: her grades were slipping and she was becoming listless. Through the youth club, she found resolve to broach the problem. A drama about domestic violence, scripted and performed by the club, struck a strong cord with Taing Im's parents. Seeing the impact of violence through children's eyes, they made the promise of non-violence.

The drama was also a watershed that brought the issue of domestic violence from the private to the public sphere. The community stood up together to say no to violence by drawing up a contract of mutual accountability towards not committing domestic violence. 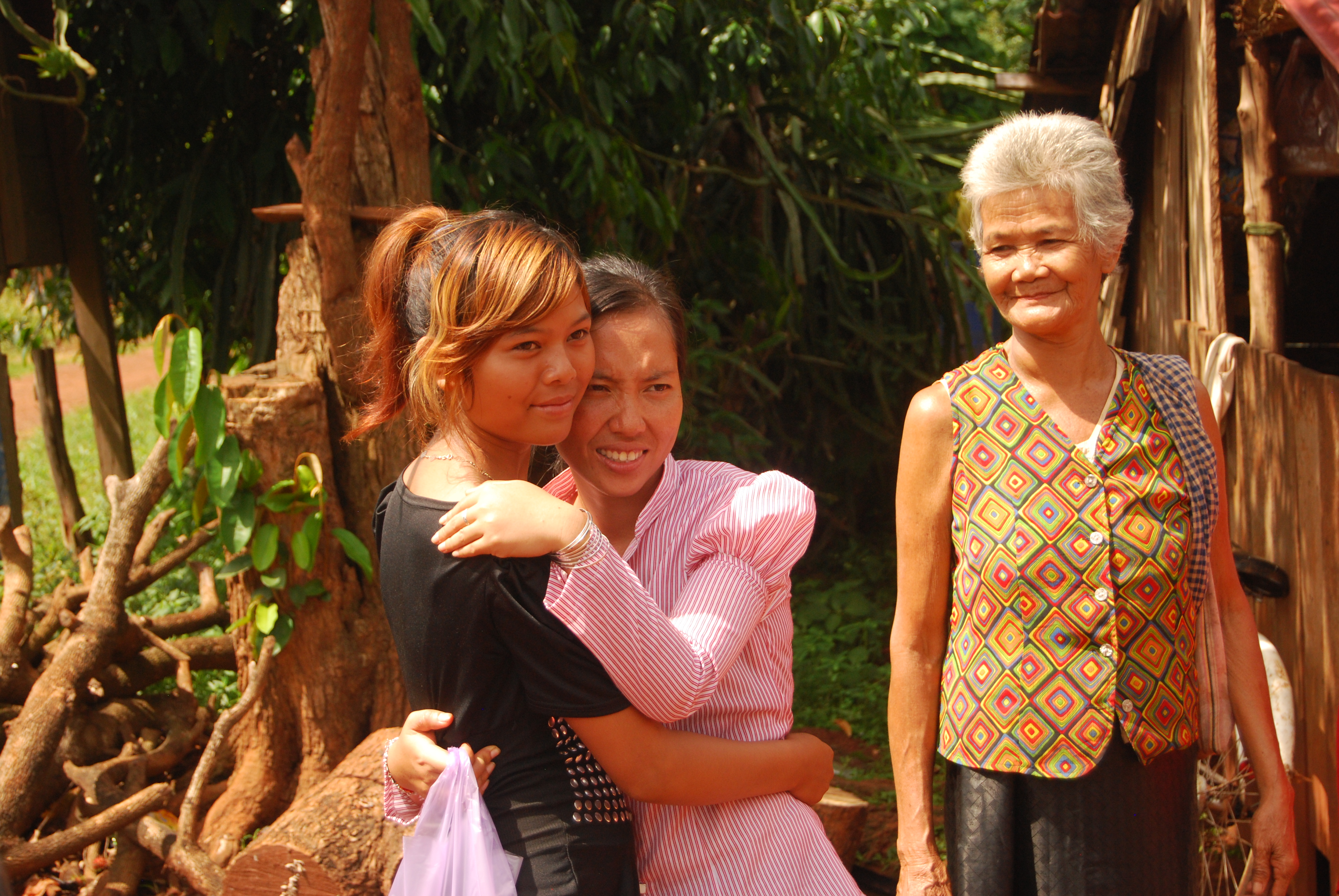 'Speak with an open heart and be authentic in who you are,' is Youth Star volunteer Samphors' advice to other youth leaders. (Photo: Danielle Prince)

In the isolated village of Brorvanh on the Vietnamese border, Samphors tended a vegetable garden. There she met Savy, a woman living in a violent relationship. Samphors began to visit Savy at her home, sharing the pain of her past growing up in a broken home. This encouraged Savy to open up about her own situation, which she believed was the result of her karma. The discussions with Samphors helped Savy shift her perspective. It was much easier for her to share her suffering with someone from outside than with her fellow villagers, whose reactions she had feared.

Samphors also became a trusted person for Savy's husband to talk to, and to share the burden of his past, growing up as an orphan survivor of the Khmer Rouge. Through these home visits, Samphors ended up counseling Savy and her husband with exceptional results. They began to work towards a non-violent, collaborative relationship. As a result, they were also able to improve their economic status.

By empowering their peers to realize their potential as community actors, Theara and Samphors opened a space for dialogue and vitalized communities to take action on previously taboo issues. The youth now report improved relationships, a sense of belonging and value in their communities, and increased school attendance. Parents and elders report increased appreciation of and support for the participation of youth in community life.

When asked about the key for success as a youth leader, Samphors says: Speak with an open heart and be authentic in who you are.

Related News
15/02/2013
Burns Violence Survivors rebuild their lives in Nepal
18/11/2011
Cambodia: Reclaiming Life after Acid Attacks
27/05/2020
On the front lines of COVID-19, women’s organizations provide vital services as first responders as violence against women spikes
04/01/2017
In a community in Myanmar, a role model changes attitudes and actions
24/06/2013
Demanding Justice for Sexual and Gender-Based Violence Perpetrated by the Khmer Rouge
END_OF_DOCUMENT_TOKEN_TO_BE_REPLACED