Photo essay: Could a girl like me become SG?

United Nations, New York — It all started at her school. When UN Secretary-General Ban Ki-moon visited the Matheus Samsão Muthemba School in Polana Caniço, Maputo, Mozambique in May 2013, he fielded a bold question from bright-eyed grade 10 student Raquelina Fernando Langa. She asked if she as a girl could become Secretary-General and, if so, what she needed to do to achieve that goal. Impressed by the question, he invited Raquelina to come to UN Headquarters in New York as his special guest for a day. 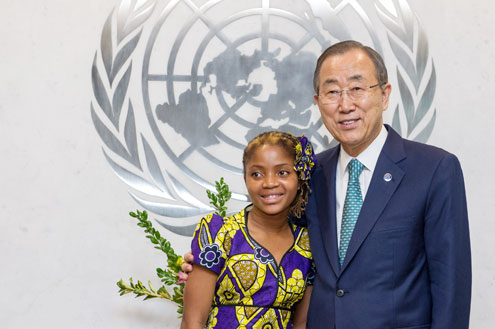 The visit materialized this week on 12 August, International Youth Day. Raquelina met and shadowed the Secretary-General for the day, took part in an event to commemorate the Day, and met with senior management at UN Women headquarters, including Deputy Executive Director Lakshmi Puri. 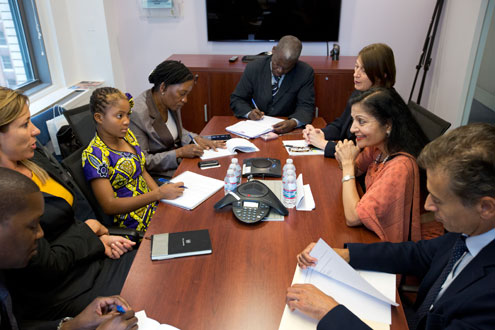 Ms. Puri said: “You are the symbol of someone who is not only a young person seeking to promote universal values, not only within your family – where you told us there are pressures to follow the traditional path which is sometimes in conflict with the right path towards empowerment – but also in your school and your country.” 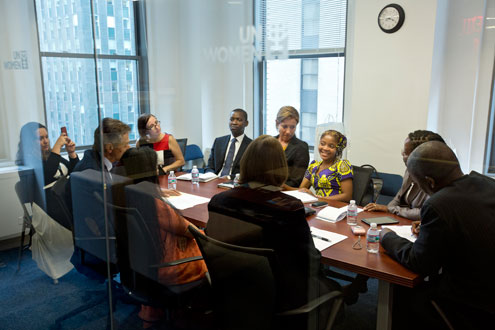 Raquelina, now 19, talked about training and capacity-building she’d received as part of the Secretary-General’s UNiTE to End Violence against Women campaign from UN Women’s country office in Mozambique and elaborated on several campaigns she has been involved in to raise awareness around ending violence against women in particular. 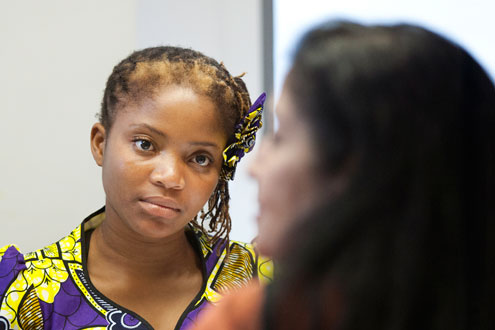 Raquelina says she would like to be journalist one day. Photo: UN Women/Ryan Brown

“We’ve been trained as activists and we go to rural areas, where tradition is strongest. We try to open people’s eyes. Because we think they are sleeping in the same manner that we used to be asleep,” explained Raquelina, an aspiring journalist. 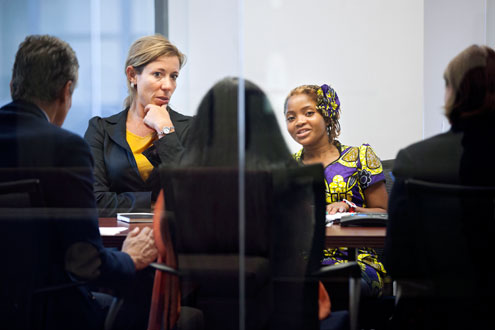 She said before the capacity-training, “we used to think that we, the girls, were guilty, that we suffered violence because of our clothes, makeup or short skirts. … But UN Women worked with us and we learned that this was not the case… that we deserve gender equality and nothing justifies violence. We now know how to defend ourselves.” 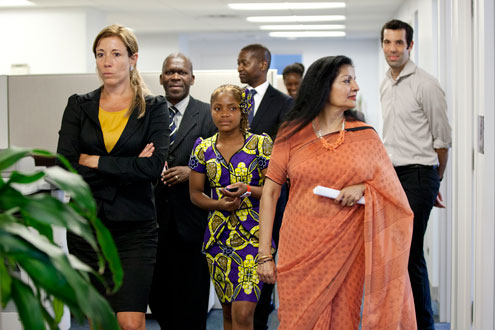 On the UN visit, Raquelina was accompanied by her school director, an official from Mozambique’s Ministry of Education and Women’s Affairs, the Chargé d’Affairs for the Prime Minister of Mozambique, and the former Representative for UN Women’s Country Office there. 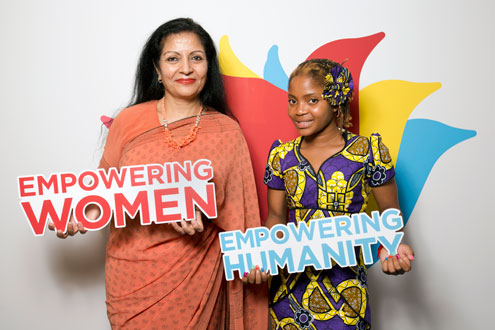 After a tour of UN Women’s offices, she met with other UN Women staff who work on programmes and intergovernmental support, and specifically around her areas of interest: early marriage, ending violence against women, HIV/AIDS, youth and education. 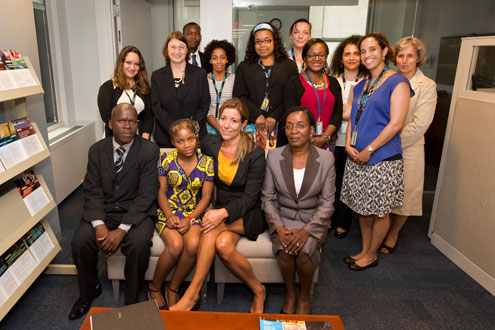 Raquelina and her colleagues pose for a photo with UN Women intergovernmental and programme staff. Photo: UN Women/Ryan Brown

Gülden Türkoz-Cösslett, Director of UN Women’s Programme Division, offered UN Women’s support for her advocacy in Mozambique and said she was inspired by Raquelina. “I can see from your eyes that you will succeed.” 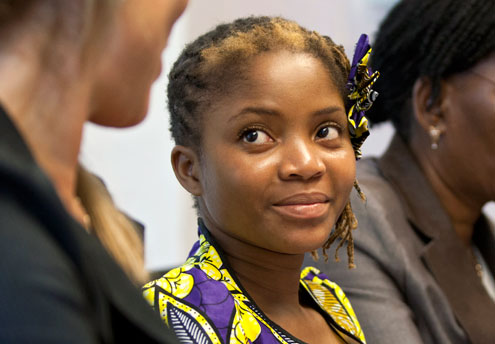 Raquelina thanked UN Women for receiving her and for all its support in Mozambique. Photo: UN Women/Ryan Brown
Related News
03/07/2013
Men in the kitchen: cooking up change in Mozambique
09/08/2021
I am Generation Equality: Immaculate Akello, climate change activist and lawyer standing up for rural women
16/07/2021
From where I stand: “It is everybody’s responsibility to take action”
27/05/2021
UN Women Executive Director visits Mozambique, calls for women’s leadership in peacebuilding and ongoing humanitarian efforts, and bold commitments for the Generation Equality Forum
28/04/2021
Take five: Young women leaders in Malawi are ready to build back better from COVID-19
END_OF_DOCUMENT_TOKEN_TO_BE_REPLACED