Elections herald an increase in women MPs in Turkey, but more progress is needed

Update: After General Elections in November 2015, the number of women Members of Parliament has since decreased, to 81 women out of 550 MPs, representing 14.73 per cent. 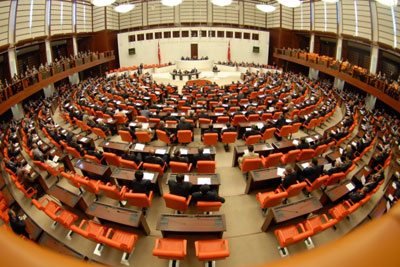 This marks significant progress but it is still far from agreed targets. Women now hold 17.8 per cent of 550 seats in the Parliament, which is far below parity or even the global average of 22 per cent. It is also below the 33 per cent critical level for representation that women’s civil society organizations were advocating for in the country. No women MPs entered the Parliament from 37 of 81 provinces.

Gender inequality is a persisting problem in Turkey. According to the 2014 Global Gender Gap Index of the World Economic Forum, Turkey ranks 125th among 142 countries. The country ranks 113rd for political empowerment. Even though the rankings will likely change after the recent increase in the number of women MPs, women’s low level of representation in politics and decision-making still represents one of the key contributing factors to the Gender Gap in Turkey.

“It is indeed encouraging to witness the increase of women parliamentarians in these elections; notwithstanding, Turkey is still lagging behind in women’s political representation,” said Ingibjorg Gisladottir, UN Women Regional Director for Europe and Central Asia, and Representative to Turkey. “It is also important to acknowledge that the increase happens because of a new political party in the Parliament, as 40 per cent of its MPs are women. Once again it has been confirmed that voters have nothing against women politicians if the political parties give them a fair chance.”

Compared with other countries in region, Turkey has no specific temporary special measures for increasing women’s political participation. It is entirely up to the will of the political parties to nominate women candidates.

“It is pleasing to see that women’s representation in the Parliament has shown a four per cent quantitative increase after the elections; but 17.8 per cent is far below the critical benchmark and far from the achievement of equality,” said İlknur Üstün, General Coordinator of the Women’s Coalition in Turkey. “The reason is that political parties still couldn’t realize gender equality in their policies. Women’s issues are still viewed as a storefront issue. As the Women’s Coalition, we have observed during the campaigns before the elections that most political parties have placed women candidates on the first or the second line but place the next woman candidate on the 11th or 13th line.”

She said the People’s Democratic Party (HDP) is “the only party that did things differently. It has involved candidates from the women’s movement and involved women in the commission that has identified all the candidates from the party. It has also included gender equality policies in its election manifesto. They have offered a good example of how gender equality can be applied to politics.”

UN Women has been working on women’s political participation and leadership in Turkey since 2011 together with the Committee on Equal Opportunity for Women and Men (EOC) in the Turkish Grand National Assembly and in partnership with the Inter-Parliamentary Union (IPU). This work resulted in a gender self-assessment of the Assembly, only the fifth such exercise in the world.

As a result of this exercise, more women now serve on parliamentary bodies, including the powerful Committee on Planning and Budgeting. In addition, the first comprehensive gender review of fundamental legislation was undertaken, which led to proposed amendments of laws on local administration, education, political participation, employment, and other areas. Gender equality training is now offered to legislative experts who support all parliamentary committees, who also use a gender checklist developed by UN Women and the EOC.

Recently, UN Women in partnership with the IPU, started an important project to advance gender equality and women’s leadership and participation in politics in Turkey. They will work to ensure that legal frameworks and policies are in place and properly implemented to advance women’s participation in decision-making. The project will also establish formal dialogue between the bodies like the Parliamentary Committee and civil society organizations to ensure that gender equality advocates can influence these policies at an early stage. UN Women and the EOC will organize capacity-building exercises with the women MPs in Parliament. The EOC will lead the project, which will continue for three years, with financial support from the Swedish International Development Cooperation Agency (SIDA).