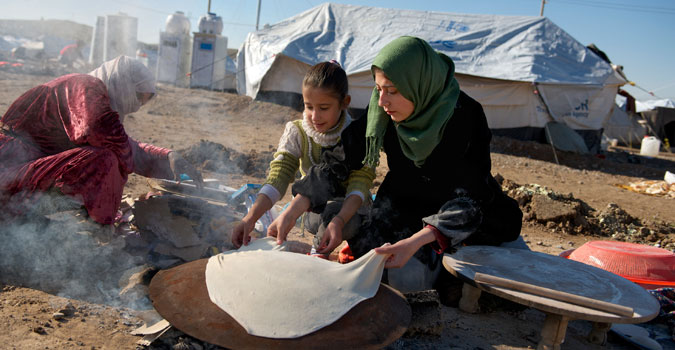 Crises impact women, girls, boys and men differently. While often sidelined, women must be included in decision-making about the kind of assistance and protection they need during crisis. UN Women works to ensure equality between women and men as both partners and beneficiaries of humanitarian action.

We work proactively with humanitarian actors to ensure emergency response plans adequately integrate gender equality and women’s empowerment; that women and girls are equally consulted to understand and address their needs and vulnerabilities; that gender is mainstreamed into humanitarian assessments, reporting and monitoring tools; and that gender experts are included in the humanitarian teams responding to crisis. 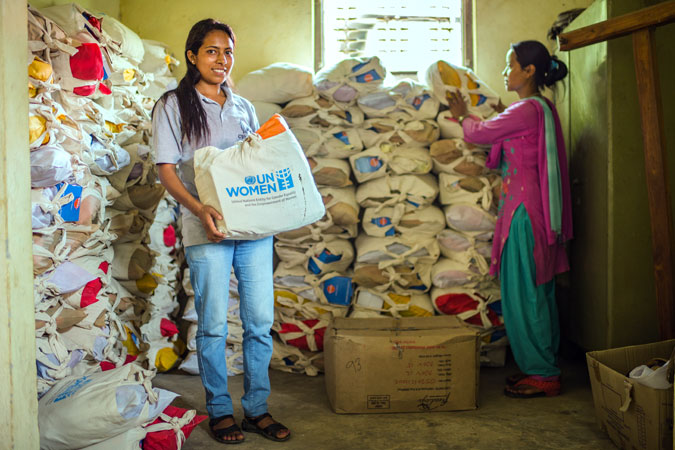 In Nepal, UN Women facilitated a meeting with national women’s groups and civil society was days after the earthquake. They reported difficulties for women and girls in accessing humanitarian services in the face of already existing discrimination and gender inequality. They developed a “Common Charter of Women’s Demands” addressing the humanitarian response and early recovery strategic planning. UN Women and partners also distributed dignity kits and set up multipurpose women’s centres to prevent and respond to gender-based violence, particularly among displaced populations. 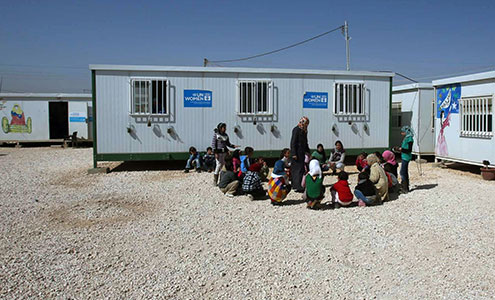 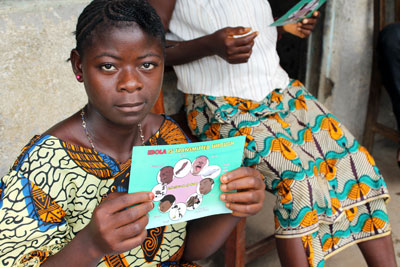 In countries affected by the West Africa Ebola crisis, UN Women supported sensitization and advocacy efforts to increase understanding of the gender dimensions of the outbreak and its importance in helping to curb its spread and mitigate its impacts. Gender in humanitarian action experts were deployed to support the ongoing response and UN Women worked with the United Nations Country Team in Sierra Leone to launch an Ebola Gender Mainstreaming Strategy at the height of the crisis in October 2014.

As disasters increasingly plague our planet, we are pushing for more gender-sensitive disaster risk reduction to analyse such risks and reduce their causes while taking into account the gender roles and norms within a given culture and society. UN Women promotes gender-sensitive policymaking, monitoring and evaluation as well as integrating gender in vulnerability, risk and capacity assessments. In several countries, we work hand-in-hand with governments and civil society to strengthen the role of women in disasters. 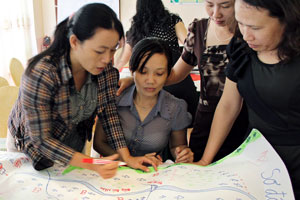 In Viet Nam for example, after disaster-management training for women, coupled with national lobbying, a Government decree was issued in September 2013 provides an official space for their Women’s Union in decision-making boards of the Committee for Flood and Storm Control. As a result of UN Women training, before flooding began in the commune of An Dung, they had plans ready to evacuate people living in lowland areas, and no lives were lost.

After the Fiji floods in 2012, with support and technical assistance from UN Women, the Ministry of Women developed Standard Operating Procedures for Gender-Based Violence with specific considerations for humanitarian settings, and guidelines for evacuation centres to ensure protection of women and girls. 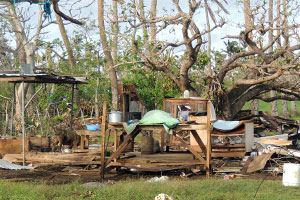 After the 2014 Cyclone in Tonga, UN Women supported national authorities’ efforts to disaggregate data on the affected population by sex and age, and helped ensure that both the Humanitarian Action Plan and protection assessment were gender-sensitive. Because the risk of violence against women and girls increases in the aftermath of a disaster, UN Women is also supporting training for first responders and disaster-risk-reduction planners in Fiji to prevent, recognize and address violence in emergencies across the Pacific. 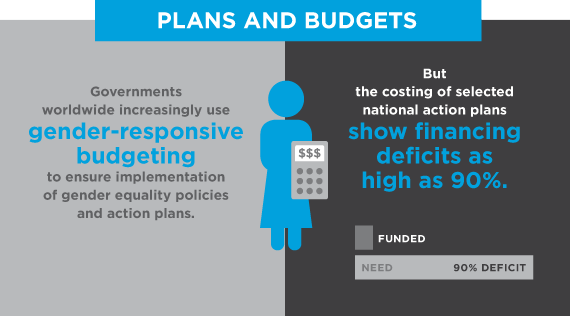 However, this is expected to change as Member States recently committed to increasing financing for gender equality in a number of areas, including humanitarian action.

UN Women is also engaging in preparations for the first World Humanitarian Summit which will take place in Istanbul in May 2016. The objective of the summit is to find ways to strengthen the global efforts to save life and reduce hardship in crisis. This requires a strong focus on gender equality and women’s rights to ensure that new humanitarian solutions benefit women and men equally.

Find out more about UN Women’s work in this area and check out more facts and figures here.

Related News
10/03/2020
Women’s organizations advocate for localized humanitarian and crisis response
13/09/2019
Editorial spotlight: Climate action with women
14/08/2019
Take five: “Addressing gender and protection issues in humanitarian action is lifesaving and planning and budgeting needs to reflect that”
19/08/2018
Statement: The invisible wounds to women and girls damage all of us
18/05/2017
Editorial spotlight: What does gender have to do with reducing and addressing disaster risk?
END_OF_DOCUMENT_TOKEN_TO_BE_REPLACED