From where I stand: Rita Lopidia 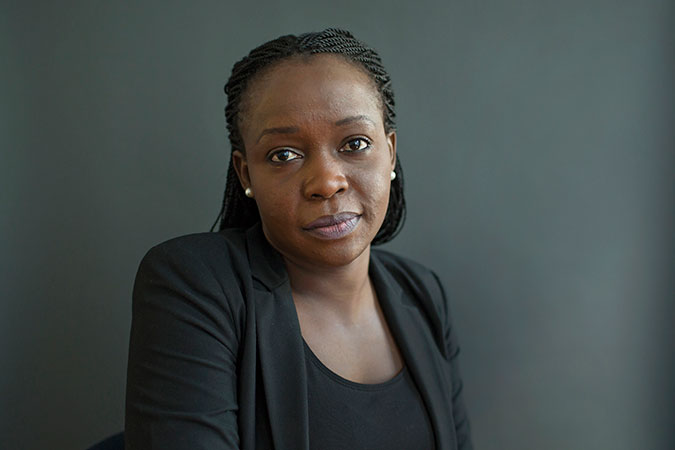 It was the year end, December 2013. We had many successes to celebrate—we had managed to mobilize more than 50 per cent women voters for the referendum and contributed towards the draft National Action Plan on UN Security Council resolution 1325. As I was finishing dinner with my colleagues, we heard the first gunshots. South Sudan had lapsed into conflict.

In early 2014, I traveled to Addis, Ethiopia, to attend the first meeting of civil society groups from South Sudan and the region. For months, we advocated to get women involved in the peace process. Finally, we got accredited to be part of the official delegation—seven men and seven women from civil society—after the ceasefire was signed. The ceasefire negotiation was seen as a tough job, a man’s job. ‘Women can come later,’ they said.

Patriarchal attitudes are a major barrier to women’s participation in peace processes. But so is the lack of resources and practical support for women’s participation. Peace negotiations often take place in another country. Women need resources to travel, to access the process and stay long enough to advocate effectively.

Just before conflict broke out again in July 2016, the National Action Plan on women, peace and security was passed. We are using it now as an advocacy tool. But to implement it, we need political will and some measure of stability. Right now, even in Juba, when you leave your home, you don’t know if you will return alive, dead, or raped.

The best part of my youth has been spent working for peace. Now it feels like everyone is slowly giving up on South Sudan. But giving up is not an option for me.”

Rita Lopidia addressed the Open Debate of the UN Security Council on the 16th anniversary of SCr 1325 on 25th October. Lopidia, a former member of UN Women’s Peace and Security section, is based in Juba, South Sudan, and has ten years of experience in gender, women, peace and security in both Sudan and South Sudan. She is the co-founder and Executive Director of EVE Organization for Women Development, through which she initiated the development of the South Sudan UNSCR 1325 National Action Plan and participated as a civil society delegate to the August 2015 South Sudan peace process. UN Women supported her to brief the UN Security Council during the Open Debate this year. Lopidia’s work contributes to the Sustainable Development Goal 16 on promoting peaceful and inclusive societies for sustainable development, providing access to justice for all and building effective, accountable and inclusive institutions at all levels.

Related News
08/08/2019
From where I stand: “Young women's inclusion in peacebuilding will create sustainable peace”
25/09/2017
Taking women, peace and security to the next level in Africa
26/01/2016
African representatives push for action to bring women to the peace table
07/07/2015
UN Women Executive Director returns to South Sudan
14/05/2013
In the words of Saran Keïta Diakité: Girls receive a visit from a different man every night, a ‘new husband’
END_OF_DOCUMENT_TOKEN_TO_BE_REPLACED