From where I stand: Francesca De Antoni 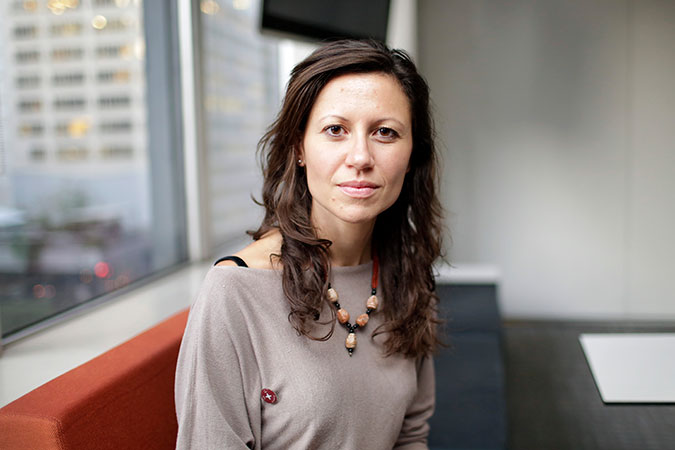 I live and work in the capital. On weekends, whenever I look outside, I see the men playing cards or chess, but the women are always working. From my terrace, I can see them cooking in their courtyards, or doing other housework. The gender roles are firm, even in the capital. I hear it’s worse in the rural areas.

One of the biggest challenges for women in Mali is gender-based violence. Women don’t speak out because there’s too much stigma associated with it. In some cases, it’s accepted as part of the culture.

After a conflict, there’s a window of opportunity to build back better.Gender-based violence was always an issue, but now people have started talking about it. The trainings supported by the peacebuilding initiative are changing mindsets. We are advocating with parliamentarians to support a comprehensive law on gender-based violence.

When it comes to peace, men are still the main players in the formal talks. That needs to change. I have met the most amazing women who lead the Peace Huts at the community level. They tackle all kinds of issues. Once, I heard how they took up a case of discrimination against a child along ethnic lines in a school. They went up to the principal and resolved the problem. That’s peacebuilding, grounds up! The project will create two new peace huts in Menaka and Timbuktu next year.”

Francesca De Antoni, 31, is a UN Volunteer and a Programme Coordinator based in UN Women’s office in Mali for a project supported by the Peacebuilding Fund. She recently participated in a learning workshop organized jointly by UN Women, Peacebuilding Support Office (PBSO) and United Nations Volunteers (UNV) in New York, from 24 to 27 October 2016, in the sidelines of the UN Security Council Open Debate on Women, Peace and Security. Her work contributes towards the Sustainable Development Goals—Goal 5 on gender equality and its target on ending violence against women and girls, as well as Goal 16, which promotes peaceful and inclusive societies, provide access to justice for all and build effective, accountable and inclusive institutions at all levels.

Related News
In the words of Saran Keïta Diakité: Girls receive a visit from a different man every night, a ‘new husband’
Women in Mali demand equal role in Peace Accords
Women peace advocates put forth key recommendations for Sahel region
A place of peace, reconciliation and growth
Media advisory: Conference on Women’s Leadership in the Sahel
END_OF_DOCUMENT_TOKEN_TO_BE_REPLACED