From where I stand: Stella Cosmas Chetto 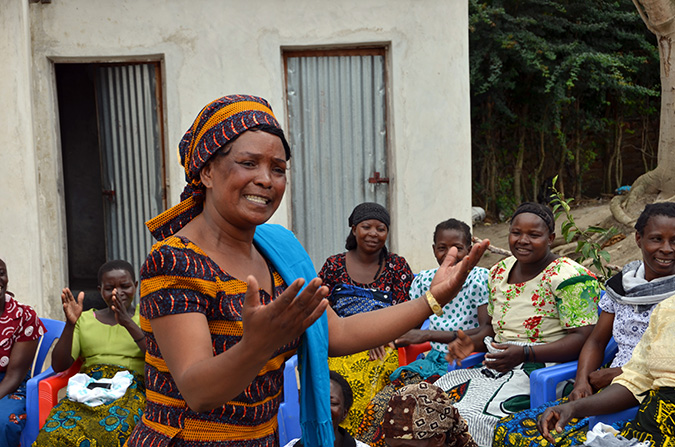 At first, my husband was not very supportive because he said ‘politics is a big challenge, you will spend a lot of money and, as a woman you will not gain enough support because politics is for men.’ But I continued and he saw that I was gaining support, he changed his mind. Now he is 100 per cent supportive because he has noticed that people are supporting me, that I can do it, and that I am serious about it.

I want to be a councillor in order to advocate for community issues that are pertinent in this area. I want to see that there is true development for the people here. Women are capable, and they make good leaders. I would like men to know that women need equal opportunities to participate in life and decision-making.

During the campaign in 2015, one candidate from another party announced at his rally that since I was going door-to-door campaigning that if any man finds me at their home they should rape me. I reported the issue to the police. The candidate was officially warned.

Since I don’t have much campaign money, I need to go to people’s homes to campaign and I am targeting women and youth. In 2015, I managed to cover more than half the households in my ward. Next election, I will continue until I win.”

Stella Cosmas Chetto, 48, ran for election in the Sengerema District Council in the United Republic of Tanzania in October 2015, after receiving leadership training as both an aspirant and a candidate from UN Women. Sustainable Development Goal 5 seeks to ensure women’s full and effective participation and equal opportunities for leadership at all levels of decision-making in political, economic and public life.