Getting back on her feet again in Nepal 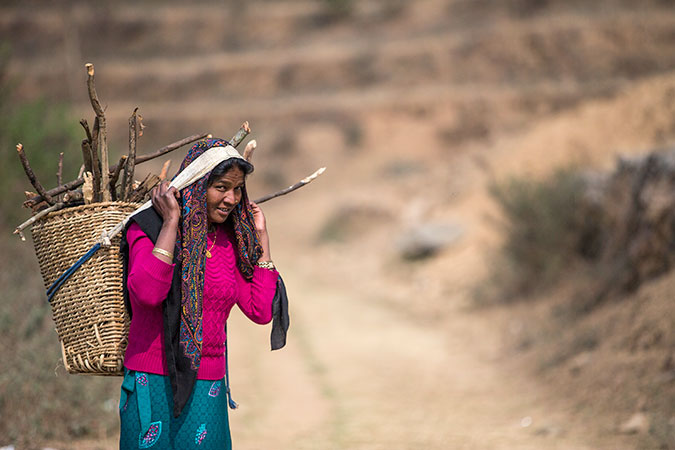 It is early morning in the outskirts of Gorkha Bajar, headquarters of Gorkha district and the epicentre of the April 2015 earthquake. Laxmi Biswokarma, 39, is walking towards her house with a small load of firewood on her back. “This load is not heavy; I just can’t carry that much,” she says, as she climbs a small slope towards her house.

It has been an extremely challenging year for Laxmi. She returned to Nepal a year ago from Dubai, where she worked as a domestic worker. “I returned because I had excruciating pain in my back. I couldn’t work; I couldn’t sit,” she says as she sets the firewood down.

Laxmi took a leave of absence for a few months in January last year, and was admitted to a hospital in the capital, Kathmandu. On 25 April 2015, when the 7.8-magnitude earthquake hit central Nepal, Laxmi was still in hospital. The doctors diagnosed her with diabetes and tuberculosis and said she needed physiotherapy if she wanted to walk again, but her savings had run out by then. “I didn’t even have enough money for food, how could I afford medicine and therapy?” she says.

Six years earlier, when Laxmi left Nepal for the first time, she went to Oman as a migrant worker. When she returned, she used her savings to build a house near the village of Uiya, over 200 kilometres from the capital of Kathmandu, and just above the epicentre of the devastating earthquake. She lived there for a few years before leaving for Dubai. “Now that home is gone, turned into a pile of dust,” she says.

Laxmi hasn’t been able to muster the courage to go to her village. Her house was built with mortar and bricks so it wouldn’t have withstood the earthquake. 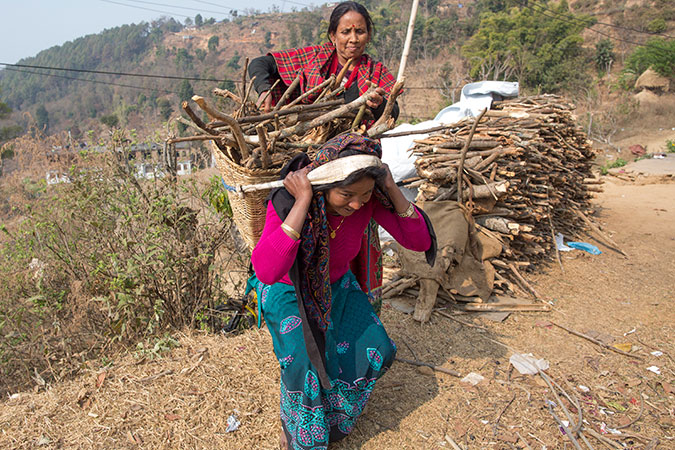 After leaving the hospital, she came to Gorkha instead, where Suk Maya Gurung, social mobilizer of UN Women’s partner organization, Women for Human Rights (WHR), heard about her situation. “She was renting a cheap room on the outskirts of town; she didn’t have food, or medicine… she didn’t even have anyone to give her water when she was thirsty,” says Suk Maya.

Fortunately for Laxmi, with support from UN Women and Women and Children Office, a local women’s group in Gorkha, WHR had set up a multipurpose women’s centre as part of the humanitarian response to the earthquake. The multipurpose women’s centre provides trauma counselling, dignity kits, solar lamps, information, referrals, carry out women’s safety audits and facilitate early recovery and livelihood activities.

Laxmi was advised to come to the multipurpose centre, where she could get help, spend some time with other women, receive psychosocial counselling, and make sure that she could take her medicine. “I would go there every other day—they would give me nutritious food; I could get help taking a bath; they took me to the hospital,” says Laxmi. “I probably would have died had it not been for the help I received at the multipurpose centre.”

Eight months into her treatment and therapy, Laxmi is a different person today. WHR’s psychosocial counsellor Bimala Amgai says “When I started to talk to her in July, she was mentally broken and talked about wanting to die all the time,” she says, adding: “Laxmi couldn’t even lift herself properly, now she can walk and take care of herself and is thinking ahead.”

Today, as she gets her strength back, Laxmi is planning for the future. She wants to start working so she can pay back the loan she took to complete her treatment. She wants to learn a new skill such as the English-language. “I have no education, but if I can at least learn English, I will be more attractive when I apply for jobs abroad,” she says.

She is modest but hopeful about the future as she talks about going abroad again as a migrant worker. “I don’t have big plans... all I want is to go abroad, earn some money, pay off my loans, have some savings for old age and be at peace.” 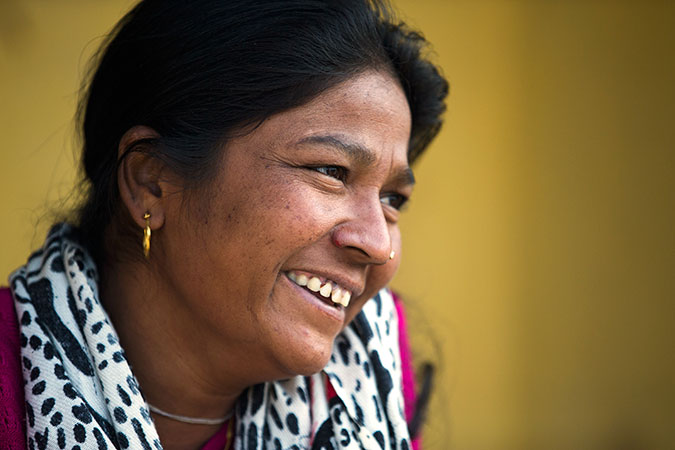 Working to stem the tide of post-earthquake migration in Nepal

Nepal: A year after the earthquakes