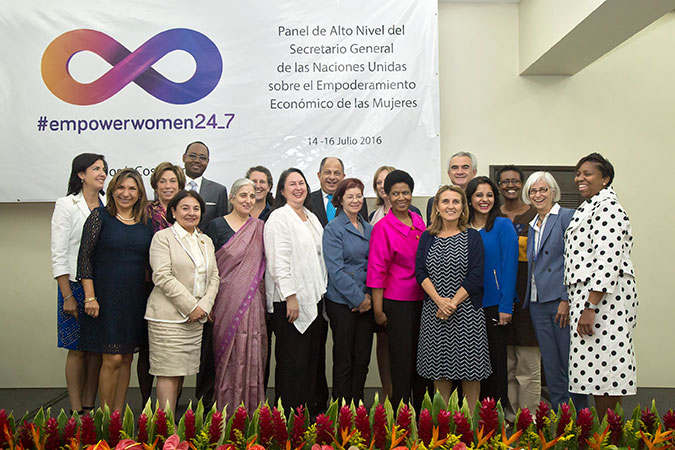 Members of the Secretary-General's High-Level Panel on Women's Economic Empowerment and special guest speakers pose for a group photo on 15 July 2016. Photo: Office of the President of Costa Rica/Roberto Sanchez

Costa Rica hosted a regional consultation of the UN Secretary-General’s High-Level Panel on Women’s Economic Empowerment on 14 July. The consultation was jointly supported by UN Women and the National Institute of Women (INAMU) of Costa Rica.

“Costa Rica joins these global efforts that evidence the magnitude of the challenge to be undertaken. Our country will be the capital of these efforts, hosting this committee created by the UN. The recommendations of this global Panel will provide key actions for governments, the private sector and other interested groups,” said Luis Guillermo Solís Rivera, President of Costa Rica and Co-Chair of the Panel. 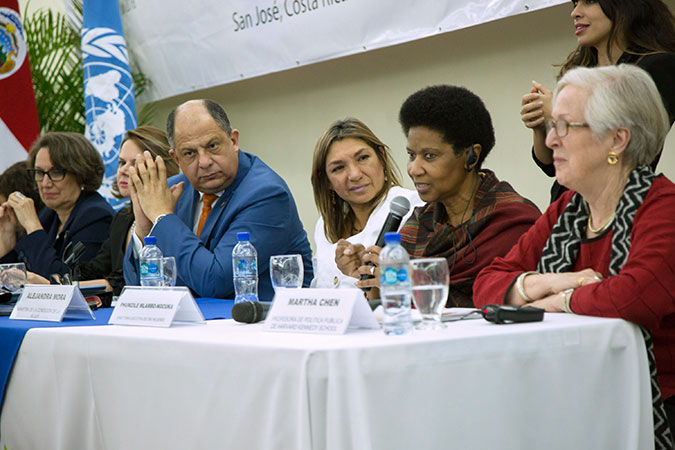 The High-Level Panel met to discuss how women of Latin America and the Caribbean can continue advancing economic empowerment while preserving the progress already made. The Panel also explored what actions must be taken to further progress. The event brought together leaders and women’s rights experts, including UN Women Executive Director Phumzile Mlambo-Ngcuka, the Ibero-American Secretary General, Rebeca Grynspan, the Executive President of the National Women’s Institute of Costa Rica, Alejandra Mora Mora, as well as representatives from civil society and the private sector. 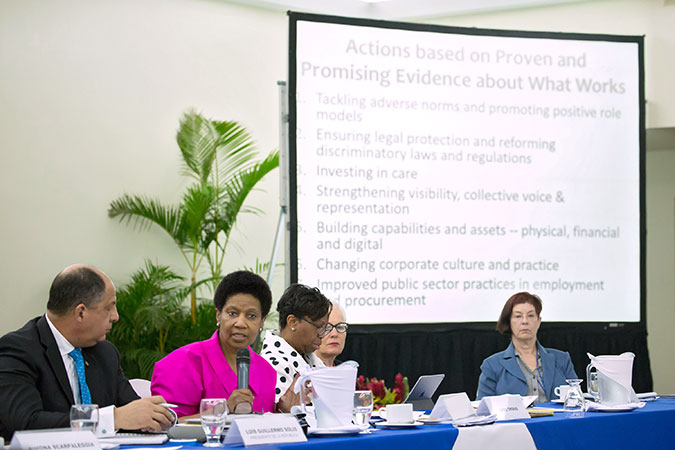 “Between 1990 and 2012 there was remarkable progress for Latin-American and Caribbean women in the labour market, the region advanced more than any other in the world…measures adopted by the government, such as the expansion of conditional cash-transfer programmes and non-contributory pensions, impacted positively on women’s lives, giving them more economic autonomy and generating better care conditions for their dependents…” said Luiza Carvalho, UN Women Regional Director for Latin America and the Caribbean. “But we cannot forget that this is just the floor from which we must move forward,” she stressed. “It is necessary to protect what is working and simultaneously we have to overcome the stagnation that has been observed since 2013 in the region.” 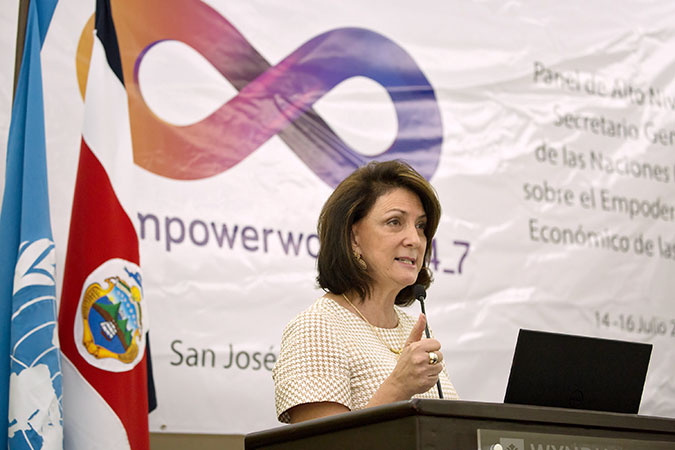 UN Women Regional Director for the Americas and the Caribbean, Luiza Carvalho. Photo: Office of the President of Costa Rica/Roberto Sanchez

The independent High-Level Panel on Women’s Economic Empowerment was established by UN Secretary-General Ban Ki-Moon in March 2016 and is co-led by Costa Rican President Luis Guillermo Solís and the CEO of IKEA Switzerland, Simona Scarpaleggia. The Panel is expected to make action-oriented recommendations on how to improve economic outcomes for women in the context of the Sustainable Development Goals, promoting women’s leadership in driving economic growth and galvanizing political will to this end.

For more information on the Latin America and Caribbean consultations, visit: http://lac.unwomen.org/es/noticias-y-eventos/articulos/2016/07/empoderamiento (only available in Spanish)