In the words of Johanna Tantria T. Wardham: “Gender inequality starts from the household”

Passionate and fiery Johanna Tantria T. Wardham, is known universally as Jo. A popular figure in the urban slums of Jakarta, she can often be spotted in Prumpung and other neighborhoods, on the outskirts of Indonesia’s bustling capital city. Her mission in life is to build a culture of gender equality, from the ground up. She leads community discussions, trainings on preventing violence against women and girls, and conducts gender audits, but in the midst of all this, what she has become is a GO-TO person for the community. Jo is a staff member of the NGO Kalyanamitra, UN Women’s partner for the Safe City pilot programme in Indonesia. The Prumpung area was selected along with two other sites for the initiative, due to high prevalence of violence, including gender-based violence in the neighbourhoods. According to the National Women’s Commission, there were over 250,000 cases of violence against women and girls reported in Indonesia in 2016. Today Jo inspires not only the people she works with, but also many young students, to give back to the community.

I graduated from the faculty of law and even when I was a university student, I was already active in student activism. I was always aware that I had to transfer my knowledge to a lot of people. I am from a family who lived in a village. My father was a civil servant, and there are a lot of poor people living in the surrounding area. I feel that I have the responsibility to transfer my knowledge to other people because that is the message I always got from my late father.

Gender inequality starts from the household, the unequal division of labour and that creates violence against women in all forms...especially gender-based violence. And I often encounter these kinds of problems in places I work. I think gender equality should start from the family.

I was lucky…in my family, my mother and father set an example for the neighbourhood because my father did not discriminate between women's work and men's work. Everyday my father did the mopping, washed the dishes; on Sundays, they did the laundry together. We are a Catholic family and the neighbours were also happy seeing that the father could do anything.

When I chose this work, I fully realized that this was not an easy job, this was going to be tough and challenging because it is all about changing paradigms that are rooted in the culture of the community. Not only do we have the patriarchal values and a capitalist system, but we also have the face of poverty as women—that is the reality here. So many NGOs try to solve the problem of gender inequality. We have campaigns, discussions, education, case-handling--so many other NGOs have already done that. But for me, it’s all about raising critical awareness in the community. It’s very important to organize community groups to be critical, and to support the change in the culture, as well as in the system that marginalizes women.

In this community, the main issue for women is gender inequality. Inequality in their relations in the household, the unequal division of work in the household, domestic violence, and we also find sexual violence against women and girls.

What gives me hope is when the women in the community tell me stories like, ‘my husband is willing to do the laundry, he helps with dinner.’ It shows that nothing is impossible. Change is possible!

I always tell my students in the campus, or at universities, they should not only think about graduating and getting a job and making a living. They should show a little care and concern about others. You don’t have to be the big candle, you can become just a small candle to provide light and illumination to people who may not be as advantaged as us.” 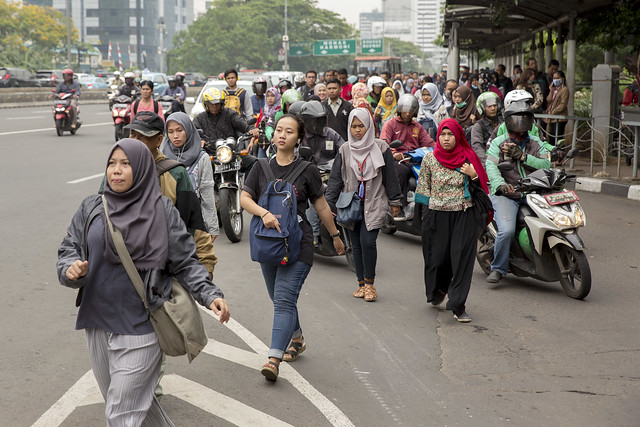