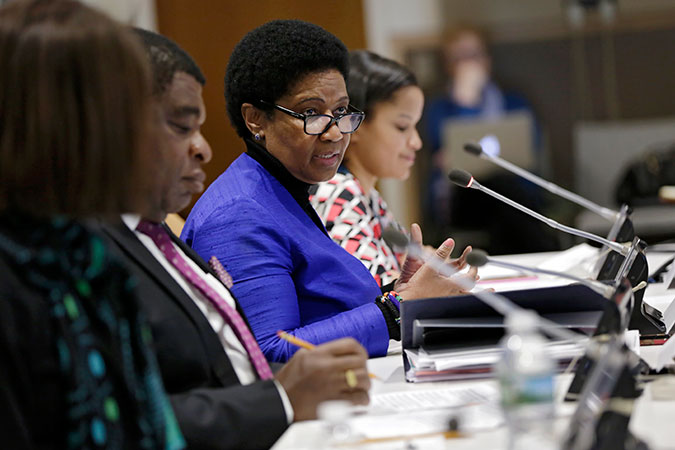 A new partnership focused on reforming gender-discriminatory laws was unveiled today at an event co-hosted by UN Women, the Inter-Parliamentary Union (IPU) and Equality Now, in New York. The “Roadmap for Substantive Equality: 2030” aims at repealing or amending laws that discriminate against women and girls, and ensuring that laws are grounded in gender equality and women’s human rights, and fully implemented, as part of global efforts to achieve the 2030 Agenda for Sustainable Development.

Despite some progress in the last few years, it is estimated that 90 per cent of the countries around the world still have at least one discriminatory law in their legal frameworks[1]. These range from laws that prevent perpetrators of rape from being prosecuted if they are married or subsequently marry the victim, to the lack of enforcement of laws banning child marriage or female genital mutilation. 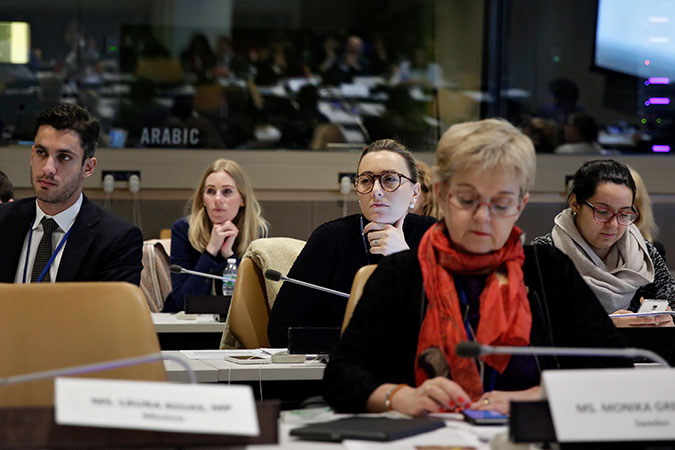 Audiences at the event launching The Roadmap for Substantive Equality:2030 at UN Headquarters in New York. Photo: UN Women/Ryan Borwn

Other examples include laws failing to adequately tackle violence against women—because its implementation falls short, or they do not ensure the confidentiality and protection of the survivors who seek legal action—or the lack of legal mechanisms to ensure women’s participation in politics, for instance, legislated quotas for women in parliament. Laws addressing sexual harassment in public spaces, including in the streets and public transportation; ensuring that women have access to jobs on equal footing to men and that they are paid equally for the same work; and laws enabling children to acquire their nationality not only from their fathers, but also their mothers, are urgently needed as well.

Gender-discriminatory laws are often rooted in discriminatory social norms, which remain pervasive and are difficult to change.  Partnering with civil society and grassroots activists is essential to shifting perspectives among both lawmakers and the public.

“Laws that discriminate against women and girls entrench and perpetuate gender inequality. We need to create a change that lasts and breaks the cycle of discrimination for good, so that the progress we have made prevails in future generations,” said Phumzile Mlambo-Ngcuka, UN Women Executive Director.

"In 32countries a man is exempt frm sexual crime if he marries.This tells us how much work we need to do"-@phumzileunwomen #roadmap4equality

The UN Women Roadmap for Substantive Equality: 2030 is centred on fostering the necessary global commitment to not only achieve legislative reform, but also to ensure they are put into practice. Moving from policy to implementation requires coordination among the international and regional organizations, governments, parliaments, justice sector and civil society, which needs a robust multi-sectoral partnership such as the Roadmap unveiled today. 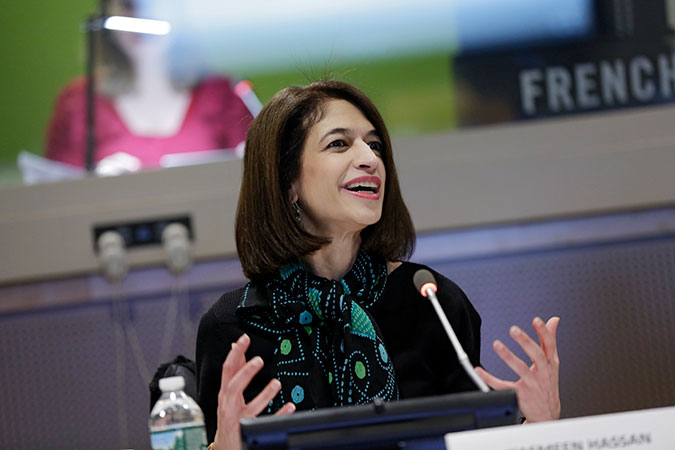 Other speakers at the launch event included Yasmeen Hassan, Global Executive Director of Equality Now, who stressed: “Equality under the law is a prerequisite for gender equality, because laws determine the choices women make in life. In the past 20 years we have seen a lot of progress. Yet we are worried about the pace of change, particularly on the rim of family laws”.

Legislating is not enough. Parliamentarians must make sure laws are enforced, says head of the IPU at joint event #roadmap4equaliy 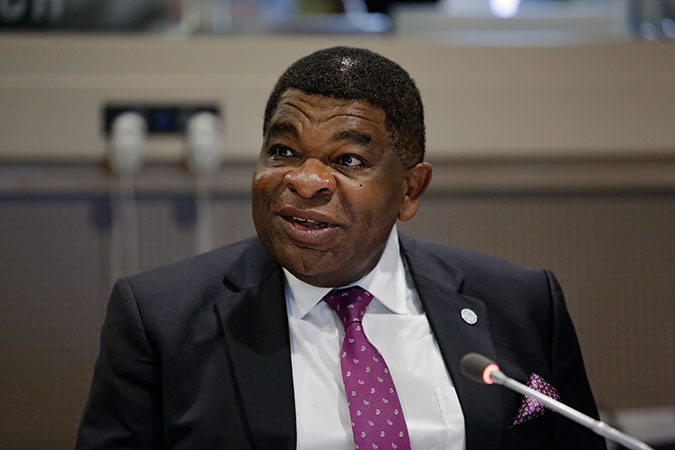 Martin Chungong, Secretary General of the Inter-Parliamentary Union (IPU), added: “All women continue to face discrimination, no matter what their background is. The international community needs to join forces if we want to be effective in changing these harmful power relations. IPU is committed to mobilizing parliaments to adapt the legislation and close the gaps where they exist.”

"We must have legislative reforms. We want to eliminate all discriminatory laws that remain." - @RGrynspan #roadmap4equality

Today’s initiative aligns with the Sustainable Development Goals, particularly Goal 5 on gender equality, and target 5.1, which calls on ending all forms of discrimination against women and girls everywhere by 2030, covering all areas of discrimination in law, policies, and practices. UN Women has been tasked to develop the content and methodology of the indicator measuring progress towards this target.

Take Five: “In too many countries laws still discriminate against women”

Related News
07/09/2022
Explainer: Sustainable Development Goal 5
24/03/2016
Press release: UN Commission on the Status of Women urges gender-responsive implementation of Agenda 2030
21/05/2015
“Progress for women is progress for all” – Lakshmi Puri
20/05/2015
“A perfect world where people are equal can only be achieved if we provide universal education.” – UN Women Executive Director
18/05/2015
Gender equality related aspects of the post-2015 development agenda and trade and development policies – a speech by Lakshmi Puri
END_OF_DOCUMENT_TOKEN_TO_BE_REPLACED