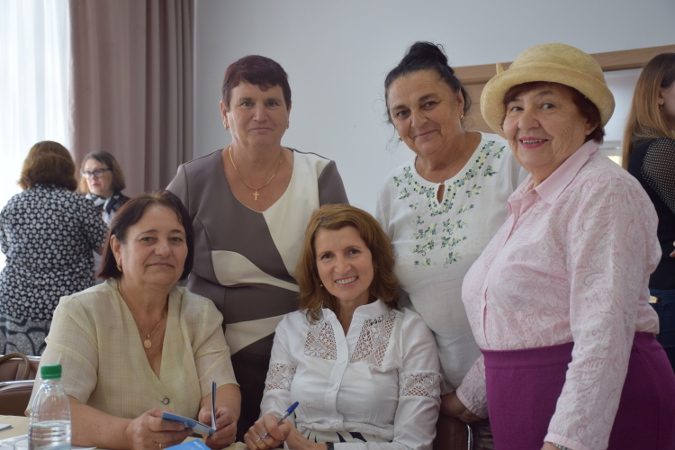 A group of women from Donici village, center of Moldova, who will be involved in advocating for women’s rights in their community. Photo: UN Women/Marina Vatav

HelpAge International, in partnership with Gender Centru, launched a 3-year initiative which aims to inform elderly women in Moldova about their rights and protect them from domestic violence. The project, "Ensuring Gender and Age Dimensions of Human Rights are realized in Moldova,” is supported by the UN Trust Fund to End Violence against Women (UN Trust Fund).

The project aims to increase elderly women’s knowledge about their rights, encourage them to access support services, and work with civil society to mobilise eight communities in the south and center of the country to get involved in preventing violence against elderly women.

“Most elderly women keep silent about the abuse that they go through. It was difficult for them to open up and tell us their stories. This hurts us all. Elderly persons have built our country and have raised and educated new generations. We owe them a lot,” said Claudia Cirja, who has worked as a volunteer to help elderly women, survivors of violence in Carabetovca, a village in the South of Moldova. She will continue to work with communities as part of this initiative in the next three years.

Violence against women is wide spread in Moldova. According to a 2014 study by HelpAge, every third elderly person in Moldova has experienced violence. Two thirds of them are women. Every second elderly person has reported psychological violence, more than a third have been through economic violence, and every sixth have experienced physical violence.

“Abuse against elderly women is a hidden issue, women don’t speak about it. Our goal is to see that every elderly woman knows her rights and that they don’t accept domestic violence as being normal,” said Tatiana Sorocan from HelpAge Moldova at the launch of the project in Chisinau on 12 September.

Read the full story on our regional website for Europe and Central Asia.

Related News
27/05/2020
On the front lines of COVID-19, women’s organizations provide vital services as first responders as violence against women spikes
22/11/2011
Roma women turning the tide of violence and discrimination
12/11/2021
Believe Survivors. Act Now. Milena’s Story, Moldova
18/05/2020
Take five: COVID-19 will pass, but will anything change in the protection system?
17/03/2020
Elena Crasmari: How a Moldovan woman with disabilities fought for her rights and won an election
END_OF_DOCUMENT_TOKEN_TO_BE_REPLACED