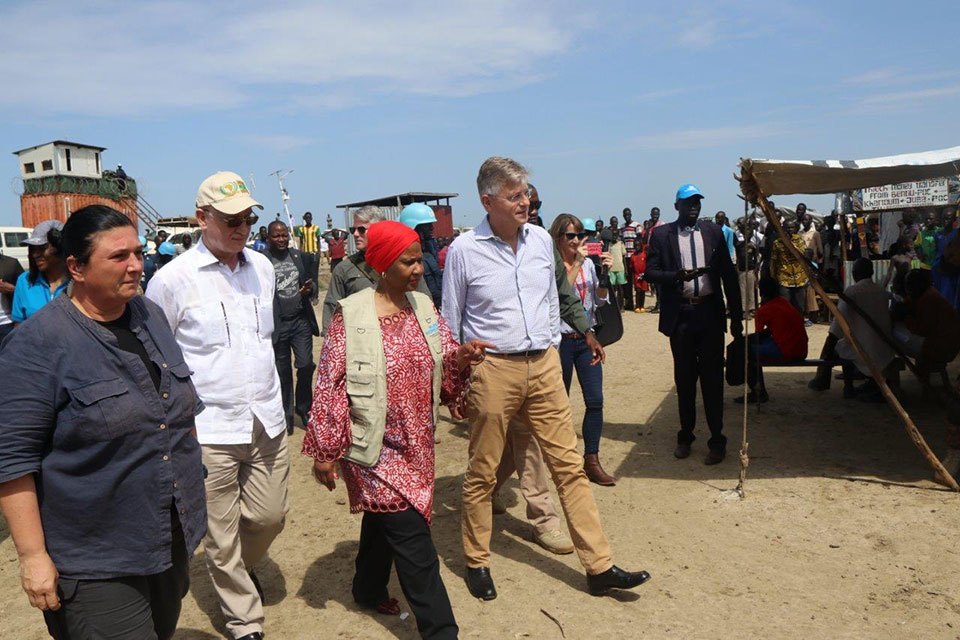 Peace is not being felt on the ground yet, said the women of South Sudan to the visiting high-level AU-UN delegation this week.

Read the full story by the UN Mission in South Sudan»

They urged the delegation to ensure women’s inclusion in the implementation and monitoring of the recently signed peace agreement.

The high-level delegation to Bentiu, South Sudan, included Jean-Pierre Lacroix, Under-Secretary-General for UN Peacekeeping Operations, Phumzile Mlambo-Ngcuka,  Under-Secretary General of the United Nations and Executive Director of UN Women and Smail Chergui,  the African Union Commissioner for Peace and Security.  The delegation aimed to emphasize tangible actions that are needed to ensure women’s meaningful participation in the political process and future security arrangements in the country. 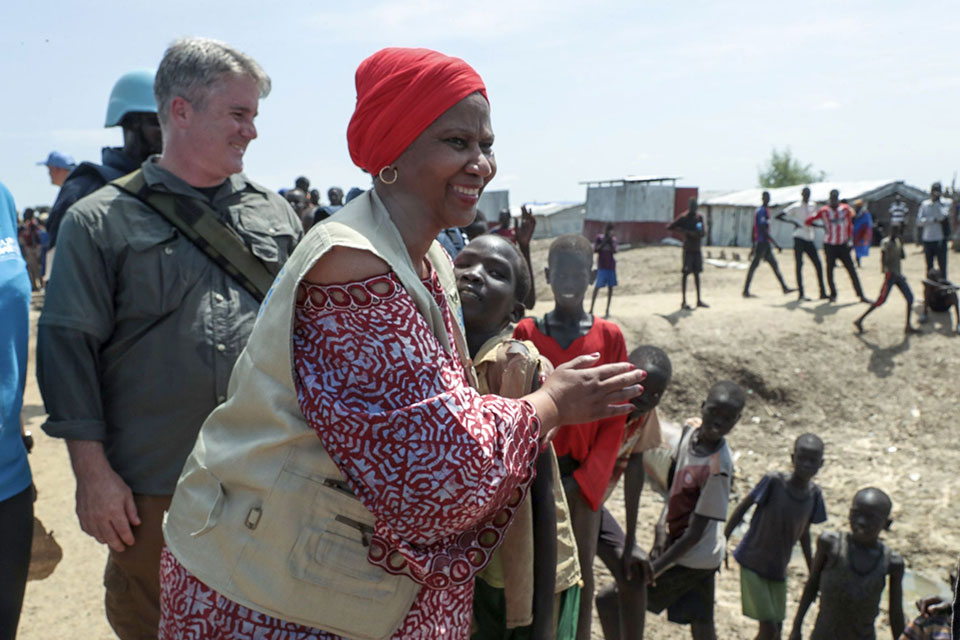 In her meeting with local women, Ms. Phumzile Mlambo-Ngcuka said, “It is not normal and it is not acceptable that women live with violence and that they are sexually abused. This has to change, and we want to work with everyone so that the situation can change for the better.”

“The new peace agreement must work, we will do everything that we can in order to make sure that it works. Change will come when we work together with the people of South Sudan,” she added.

Mr. Chergui, the AU Commissioner assured the women that the African Union is keen on ensuring full participation of women in the peace process and they are working with all partners in the country and the sub region to ensure that the peace agreement is implemented. He urged women to monitor the implementation.  Speaking as a member of the African Union’s Panel of Wise people, Ms. Specioza Wandira-Kazibwe, the former Vice President of Uganda, affirmed that peace cannot be achieved if women are not part of the peace process.

The high-level delegation also visited the protection of civilian site in Rubkona, Bentiu, where over 100,000 internally displaced persons, most of them women and children, live under the protection of the UN. 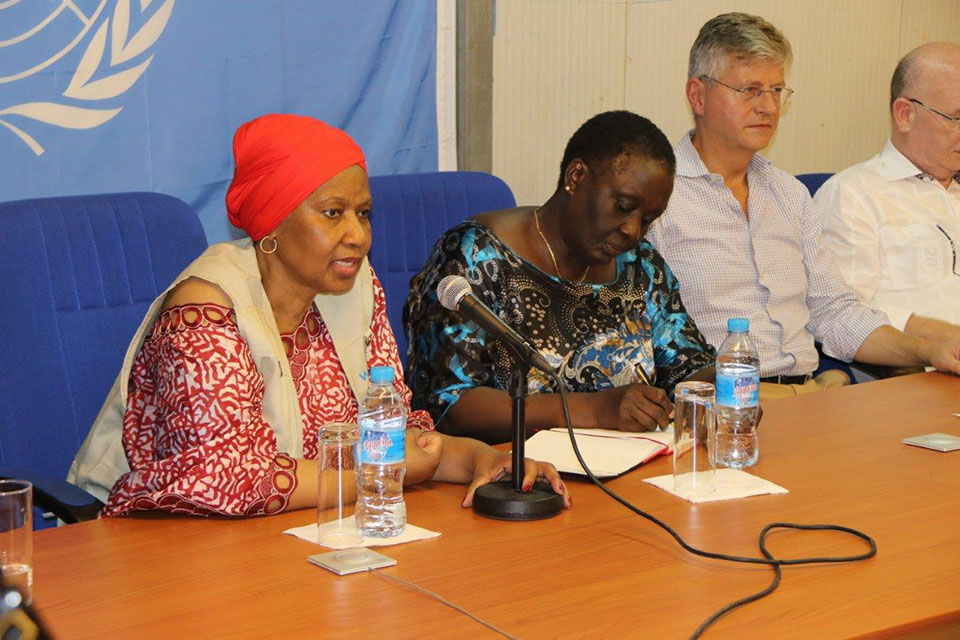 Mr. Lacroix, Under-Secretary-General for UN Peacekeeping Operations, applauded the partnership between the African Union, UN Women and UN Peacekeeping, emphasizing that the centrality of women, peace and security and enabling the participation of women in the effective implementation of the peace agreement is important for a stable and prosperous South Sudan.

He urged communities to play an active role in conflict management and in promoting reconciliation and peaceful coexistence. The Mission is aiming to seek solutions to end violence against women and to promoting women's access to justice. 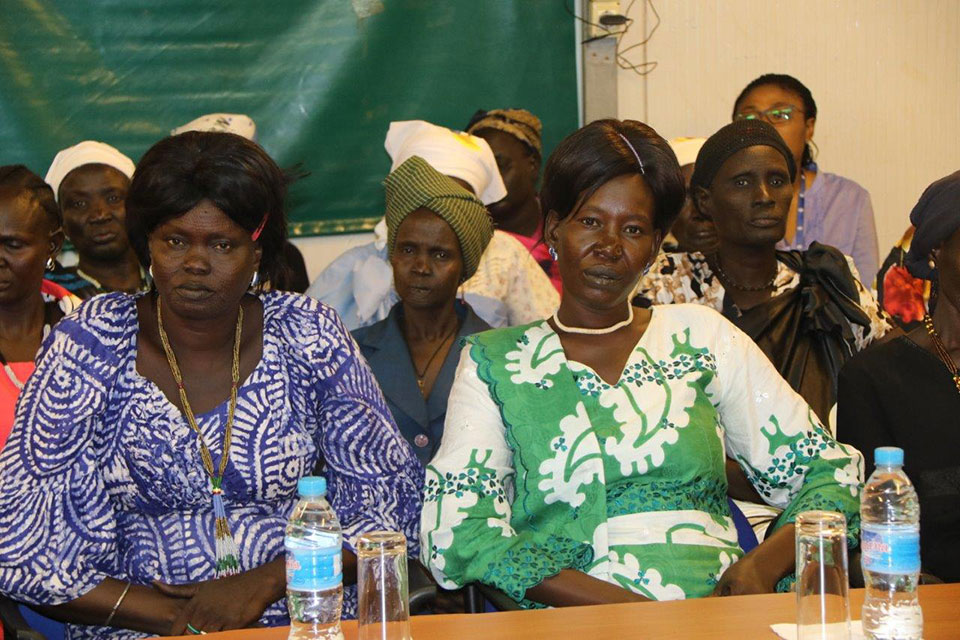 Women of South Sudan meet with AU-UN delegation and call for women’s inclusion in the implementation of the peace agreement. Photo credit: UN Women/Patterson Siema

After the visit to South Sudan, the delegation will meet with the African Union leadership in Addis Ababa, Ethiopia, and brief the AU Peace and Security Council on the implementation of the peace agreement and the prioritization of women’s participation in peace and political processes as outlined in the new peace accord.

The peace agreement signed in August this year between the South Sudanese government and the rebel leader Riek Macharrebel promises to end to the five-year civil war that has displaced millions of people and disproportionately affected women and children. Among other measures, the agreement includes a 35 per cent quota for women for executive appointments. 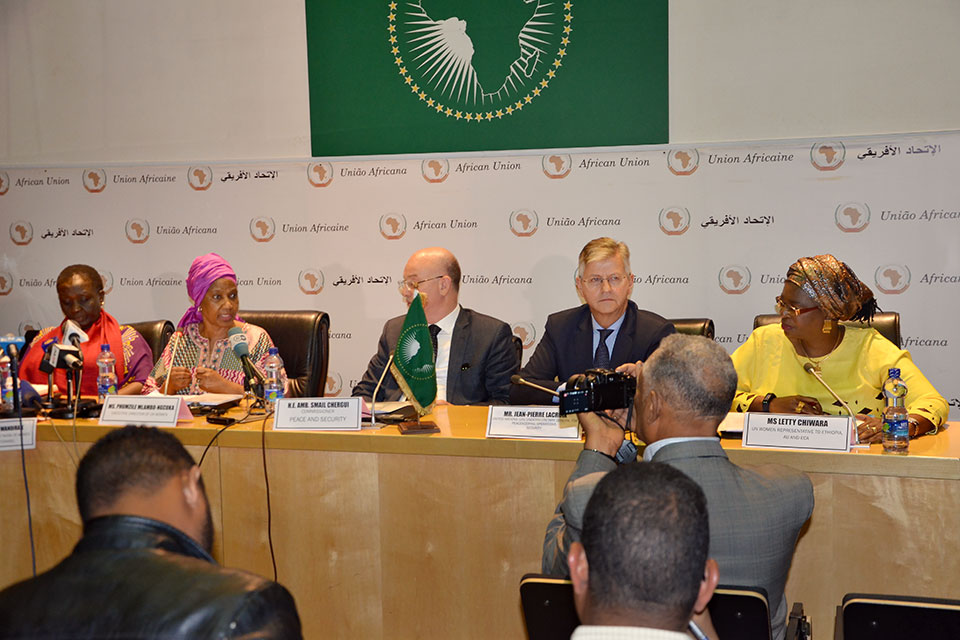 The high-level AU-UN delegation briefed the African Union Peace and Security Council in Addis Ababa urging all actors to prioritize women’s participation in the political processes and implementing the affirmative action provisions in the peace agreement. “Women are the drivers of the reconciliation, they are the ones who orientate the new generation, and they tend to pay attention to the greater needs of [the] society, such as the building of schools and agriculture,” said the Executive Director in her remarks. Photo: UN Women in Ethiopia
Related News
09/07/2015
Executive Director calls for ending gender-based violence and women’s inclusion in the peace process in South Sudan
08/08/2019
From where I stand: “Young women's inclusion in peacebuilding will create sustainable peace”
20/06/2019
Statement: Peace Hut Women of Liberia wins 2019 UN Population Award
19/07/2017
Joint UN–AU high-level delegation to Nigeria and the DRC to spotlight women, peace and security agenda
26/01/2016
African representatives push for action to bring women to the peace table
END_OF_DOCUMENT_TOKEN_TO_BE_REPLACED